Towards Action: Islamic philanthropy for social justice in Indonesia

What difference will the merger make? 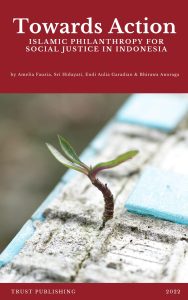 philanthropy in Muslim-majority Indonesia and seeks to answer the question of whether it can be directed towards social justice goals.

The book’s analysis is anchored in Hunsaker and Hanzl’s definition of social justice philanthropy as ‘charitable donations that work for structural change that increases opportunity for those who are the least well off politically, economically and socially’. It assesses various instruments of Islamic philanthropy in Indonesia for their focus on the root causes of economic, racial and social injustice, their inclusiveness of non-Muslims as well as their participation in decision-making, and the accountability, transparency and responsiveness of their grantmaking.

In Indonesia, as in many countries of the Global South, philanthropy in general, and social justice philanthropy in particular, are either unfamiliar terms or perceived as alien, positing a western, secular model against Fiqh or traditional Islamic jurisprudence practices and Indigenous traditions. The latter are often non-inclusive and the authors believe that change is hampered by religious orthodoxy, identity politics, lack of a well-defined state-led development agenda, state attempts to commandeer religious giving, a fragmented non-profit sector and lack of global connectedness.

White Philanthropy: Carnegie Corporation’s ‘An American Dilemma’ and the making of a white world order