Sowing the seed of ethical investment in Kenya

Hand over the keys to the Toyota

What is different about African philanthropy compared to ‘northern’ philanthropy? That was one of the most debated questions at this landmark conference, held in Johannesburg, South Africa, 29 October – 2 November. It was also a question likely to attract the attention of a northerner like me.

The event, called ‘What’s New? What’s Now? What’s Next? Growing African Philanthropy’, was in every sense an African answer to that question. It was planned and organized by the African Grantmakers Network (AGN), comprising 19 African grantmaking institutions, and brilliantly hosted by the Southern African Trust. There were around 400 delegates of whom a couple of dozen came from the North – and, in true African style, we could not have been made to feel more welcome. It was a confident gathering with the phrase ‘Africa Rising’ often repeated. 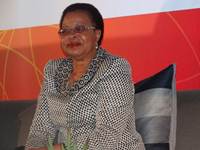 The question was tackled head on by the conference’s first speaker. Graça Machel is one of the most important commentators on international development in the world, a member of the Post Millennium Development Goal High Level Panel and wife of Nelson Mandela. She, along with many others, answered the question by citing the African philosophy of Ubuntu – I am what I am because of who we all are – which can also be expressed as solidarity. The implication is that the transfer of money and resources is merely an expression of a more important feeling. 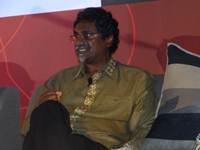 In addition to the former First Lady of South Africa, the conference also attracted the participation of the current First Lady and the former president of Mozambique and winner of the Mo Ibrahim Prize, Joaquim Chisson, among a number of other high-profile participants and presenters. Jay Naidoo, for instance, former SA Minister for Communications and chairperson of the Global Alliance for Improved Nutrition (GAIN), gave several barn-storming speeches on social justice.

There was a fascination at the conference with the countries of North Africa, their tradition of philanthropy and that of Islam, and the Arab Spring. There were a number of presentations on these subjects and it was repeatedly said that North Africa is part of Africa.

The complex issue of the diaspora was also frequently considered by the conference. Perhaps it is significant that the new chair of AGN is Theo Sowa, who not only is the CEO of the African Women’s Development Fund but also has a number of roles in the UK, including being a Charity Commissioner for England and Wales.

Many other topics came into the frame such as gender inequality and women’s leadership. The demographic gap in a continent where half the population is under 20 and almost all political leaders are over 60 was discussed, as were corruption, tax avoidance among elites and the need for public trust in non-profit organizations.

To what degree is African philanthropy growing? This question is problematic in several ways. First, many participants were at pains to emphasize that the concepts of ‘formal and informal’ philanthropy struggle for clear definitions in many countries in Africa. Second, people wanted to emphasize the significance of ‘informal’ philanthropy. Lastly, there is a dearth of empirical research, even though this is beginning to change.

Clearly there are wealthy elites throughout the continent and growing middle classes in many countries. This is especially obvious in South Africa, Kenya and Ghana. As well as the higher-profile members of the AGN, there is a growing movement of community foundations. (Even so, I would suggest that at the moment philanthropy is quite a concentrated phenomenon, and I would guess that only around half the countries of the continent were represented at the AGN.) The desire for African philanthropy to lead in Africa was palpable and undeniable. The less obvious and less addressed question was where this leaves northern philanthropy.

Finally, what is different about African philanthropy? Well I agree with all of the above but with the caveat that northern philanthropy is in reality hard to pin down, constantly changing and more than a stereotyped contrast between traditional foundations and ‘philanthrocapitalism’ (which in my view suffers from being unpronounceable). What I would add is a unique combination of fun and seriousness – of which the North is sorely in need. Fun, represented by great positive energy and enthusiasm, and seriousness in its intellectual firepower along with a searing investigation of the politics of power and inequality.

David Cutler is director of the Baring Foundation. Email david.cutler@uk.ing.com