Alliance is proud to have been part of the media coverage for this year’s EDGE Funders Alliance conference in Barcelona, Spain and the Council on Foundation’s annual conference in Dallas, Texas.

This year’s EDGE Funders Alliance conference, hosted in Barcelona, Spain on 25 – 28 April , was titled ‘Re/Organising Power for Systems Change‘. The conference built on EDGE’s recent work around the ‘Just Transition‘ movement, and explores the question of system change in particular through the lenses of power, privilege and emancipatory struggles.

EDGE needs to be sharper still

There was a free thinking air to the Edge Funders conference, writes Associate Editor Andrew Milner. There were calls for foundations to pay out and spend down. We should be trying to put ourselves out of business, said Ed Whitfield of F4DC in the US. ‘If we had spent money on movements in the past, maybe we wouldn’t be here today.’ There was ‘a commendably wide selection of workshops, a choice of walking tours where you got to visit social projects in the city, things got you away from the main conference hall and out into the streets with fresh air, movement, shops, and skateboarders. The bursting of the conference bubble was refreshing. Read Andrew Milner’s report from the conference here.

We also provided coverage from the following contributors:

Who talks, who listens? 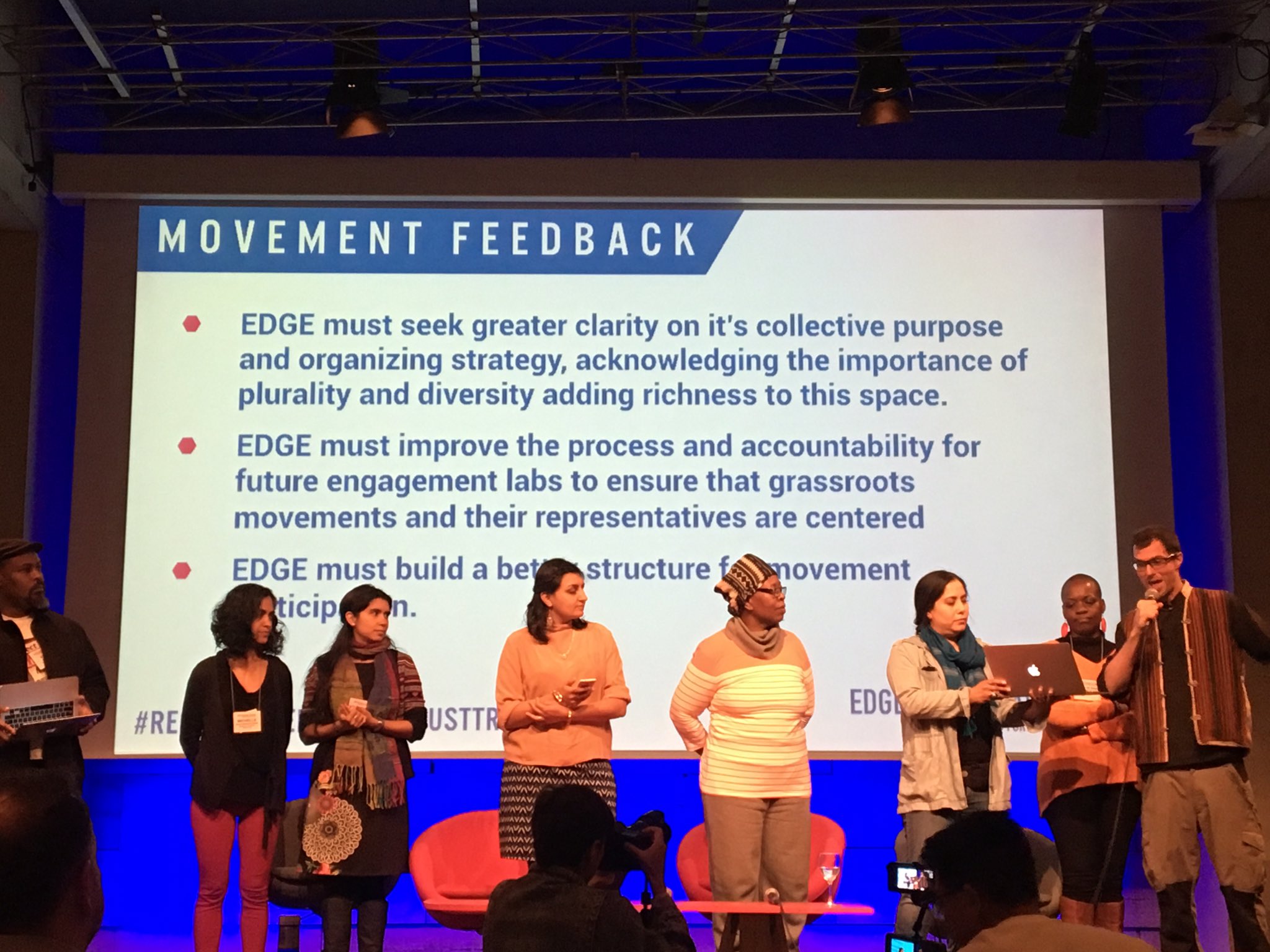 On the narrow stone streets in Barcelona’s Raval district, Susan Jessop reports on sex worker activists telling the organised group stories of their neighbourhood. Issues of gentrification, police harassment, city’s municipal services being sent in to literally ‘clean up’ the streets with water hoses. However, Susan writes that there is a feeling of solidarity and of fighting back.

Philanthropy’s need for a community based model

Participants continuously discussed the need to democratize things. Democratize economies. Democratize to bring back the commons. Democratize philanthropy shifting and redistributing resources to the Global South and Global Movements. Based on the discussions, it seems that there was a general consensus on this concept of democratizing philanthropy – but Aisha Mansour questions how we move forward on this? 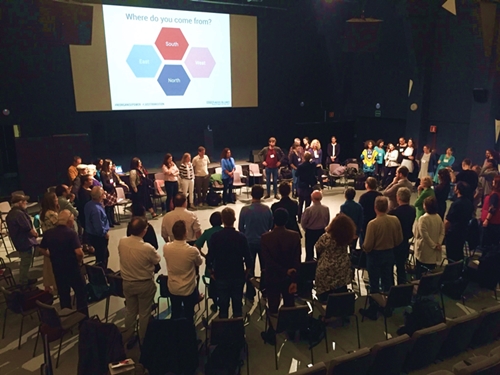 The ‘members meeting’ at the start of the conference. Photo credit: EDGE Funders

This year’s event, hosted in Dallas, Texas from 23-26 April, was titled ‘Leading Together‘ and focused on philanthropy’s role in bridging divides through civil discourse and shared dialogue. The United States’ largest annual philanthropy conference, CoF brought together some of the biggest national foundations, where topics such as ‘philanthropy’s role in vibrant communities’, ‘harnessing tragedy to build a better community’ and ‘thinking globally and acting locally’ encouraged much participation and discussion.

We provided coverage from the following contributors:

Building Bridges of Compassion from Burundi to Dallas 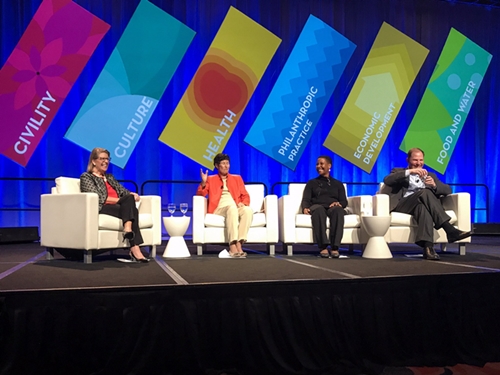 Michael Painter reflects on the session entitled ‘harnessing tragedy to build a better community’, which spoke of a way forward through conflict. As one session speaker, Pastor Bryan Carter, observed: ‘You’re either doing the work of building bridges day in and day out – or you’re not’.

Neal Hegarty writes for Alliance on the comforting notion that it was clear that CoF President Vikki Spruill articulated a focus on efforts to protect the sector to help ensure that the current impact of philanthropy will continue, due to the potential threats looming for American-organized philanthropy on the issues of payout, endowments and political activity. 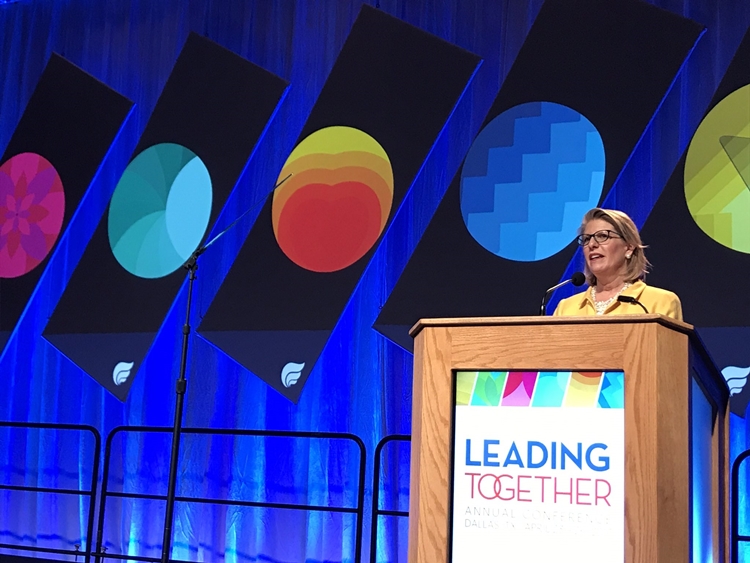