Philanthropy infrastructure under the microscope

Why won’t foundations pay more, or in some cases, pay anything, for the infrastructure which exists to help and serve them? And what can be done to change that? 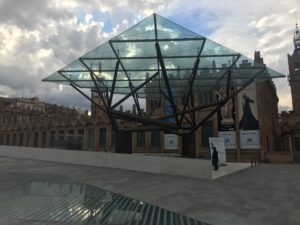 The WINGS Conference was hosted at La Caixa forum building.

That was the core challenge debated at last week’s WINGS meeting in Barcelona. Hosted at the magnificent La Caixa Forum building, the event brought together around 60 practitioners from across the philanthropy eco-system. The meeting was billed as a gathering for funders, and some notable foundations came. Representatives from Russia’s Vladimir Potanin Foundation, France’s Daniel and Nina Carasso Foundation, and Michigan’s Mott Foundation rubbed shoulders with colleagues from OSF and Ford Foundation as well as an assortment of other foundations, infrastructure bodies, philanthropy advisors, European officials and Olga Alexeeva memorial prize finalists and other interested parties. This eclectic mix added to the richness of the meeting and made it a more global and diverse discussion even though it wasn’t clear exactly why or how some of the selections were made. For example, umbrella bodies such as Foundation de France and the Spanish Foundations association were in the room while others such as the German Association of Foundations and Network of European Foundations were not. 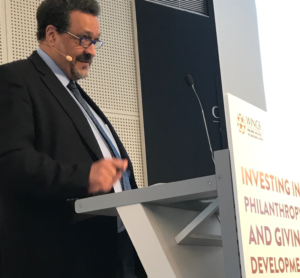 Nevertheless, the meeting succeeded in deconstructing ‘philanthropy infrastructure’ helping to make the questions facing the growth and development of philanthropy easier to understand and more concrete, tangible and immediate. As European Foundation Centre CEO, Gerry Salole put it ‘Infrastructure for philanthropy is rather more like a skeleton than scaffolding. You need it all the time and, unlike, scaffolding, you can’t dispense with it.’ 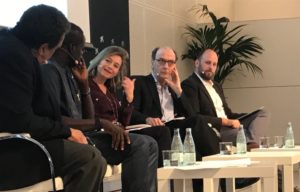 Brad Smith (second from right) of the New York based Foundation Center.

So why has the value of what’s under the skin of philanthropy been so hard to grasp. According to Brad Smith of the New York based Foundation Center, which collects giving data, foundations typically value infrastructure at three points: first, when foundations are formed and they want to learn about their sector; second, when foundations want to embark on a particular topic area and want to learn who else is doing (and spending) what in a particular field. Third, infrastructure is most needed (and appreciated) when there is a crisis. It can help spur collective action or its research could be used to inform, advocate and defend the sector. Pointedly, Smith noted that the establishment of the Foundation Centre in the US in the late 1950’s occurred against the backdrop of increased legislative scrutiny of foundations.

While the gathering reflected an increasing sophistication and confidence, and may even herald a new ‘impact movement’ in the service of philanthropy, some long-standing and deep seated frustrations about a lack of resources were often on show.

The WINGS meeting was also notable for its attempt to show, rather than tell, participants the impact of infrastructure on the growth and development of philanthropy worldwide. In a session titled ‘making the intangible tangible – evaluating philanthropy infrastructure’s impact’, veteran practitioner Barry Knight described the intensive work undertaken in recent years by WINGS. Knight started by acknowledging that as recently as 2012, there was little or no systematic knowledge of the difference that support organisations were making. 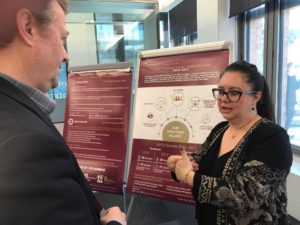 Naila Farouky talking about the work of the Arab Foundations Forum.

Today, he argued, there is a growing body of evidence. As if to prove that point, a poster session showcased a selection of case studies on the impact of philanthropy support. Among these were the Associata Pentru Relatii Communitaire (ARC) in Romania which highlighted the growth of local community assets and the creation of 16 community foundations serving almost half of the country’s population. The European Foundation Centre was on hand to show how its lobbying helped to improve the enabling environment for philanthropy by successfully lobbying for the amendment of certain provisions of the Financial Action Task Force (FATF). Meanwhile, the Arab Foundations Forum has helped the exponential growth of philanthropy and its members comprise almost 50 foundations across the Arab region. The Centre for Philanthropy at the City University of New York highlighted how its international fellows programme had served the global philanthropy field with many of its alumni assuming key positions in the philanthropy eco-system. 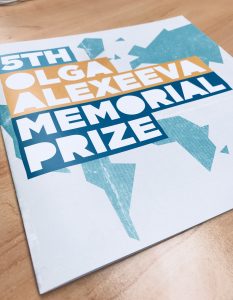 The prize recognises individuals who have demonstrated remarkable leadership and creativity in developing philanthropy.

The desire among WINGS to serve and improve philanthropy around the world made the gathering an appropriate place to mark and celebrate the finalists and winner of the Olga Alexeeva Memorial prize. The prize is organised by Alliance to celebrate and nurture philanthropy in emerging markets and developing economies. Now in its fifth year, finalists from India, Argentina, the US and UK discussed their endeavours in philanthropy ranging from live crowd-funding, promoting giving days, womens’ funds and in India, helping companies fulfil their social responsibilities, developing micro-giving and, building model philanthropy or ‘retail giving’ in India. 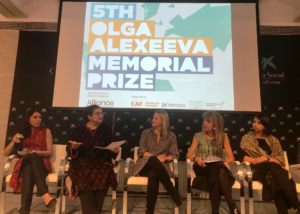 This years’ winner, Puja of CRY India commented that her effort was ‘to get Indian adults to take responsibility for Indian children’ – the key issue, for Marwaha, was the act of giving itself not the form that the giving takes.

The spirit of philanthropy in strengthening democratic action and making development both sustainable and locally rooted was noted by Michael Mapstone of the Charities Aid Foundation, Mapstone also highlighted the potential growth and impact of ‘middle class’ giving.

At the other end of the spectrum, participants heard from representatives of development institutions at the European Commission and Swedish development agency SIDA. In a panel moderated by the Mott Foundation’s Waler Veirs on ‘unusual suspects’ in infrastructure funding, Rosario Bento Pais from the European Commission highlighted commitments to more systematic engagement with foundations as part of the development agenda even though, as the SIDA representative noted, the relationship between foundations and wider civil society remains ambiguous. 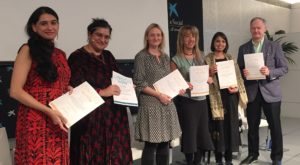 The 2018 Finalists of the 5th Olga Alexeeva Memorial Prize.

While the gathering reflected an increasing sophistication and confidence, and may even herald a new ‘impact movement’ in the service of philanthropy, some long-standing and deep seated frustrations about a lack of resources were often on show.

In group discussions, one practitioner asked, maybe only half in jest, whether organisations which serve philanthropy should go on strike if foundations wouldn’t support their work. And if that seems too radical, more than one participant proposed a collective call on foundations to pay an infrastructure tax – a tiny percentage of their annual spending – to benefit the whole field.

While striking and taxes may be fanciful at present, they were a reminder that pent-up frustrations remain. It’s not yet clear whether the vexed question of who should pay for the infrastructure on which philanthropy depends has been fully resolved even though this gathering – and perhaps a special feature on the topic in Alliance in June – may prove to be important milestones along the way.

For more on philanthropy development at WINGS, see http://www.wingsweb.org/

Thank you for this article covering the recent Funders meeting co-hosted with "la Caixa" banking Foundation in Barcelona. In regards to participation I am happy to provide further clarification. Out of the 75 participants from 27 countries, 2/3 were funders : mostly foundations, but also non philanthropic funders such as development aid agencies which are also playing a role in supporting philanthropy infrastructure work in emerging market economies. The other third was composed of some infrastructure organizations leaders that were invited as speakers to bring a perspective from the field, a group of 8 WINGS members who have been selected through a call for cases of impact, and the Olga Alexeeva Prize finalists. We hope this diversity allowed to shed new light on the strategic importance of this field, as a critical part of the sustainable development fabric. WINGS will circulate the outcomes as we indeed hope this meeting is a milestone in a broader conversation that will involve many more actors.