Advancing the cause of women through the arts: interview with Sarah Mukasa

AWDF’s Arts, Culture and Sports thematic grantmaking area seeks to engage with key players in philanthropy and the arts to produce alternative images and messages of African women, which challenge negative stereotypes and images. It also showcases the contributions and achievements of African women through the creation of platforms for self-expression and dialogue by African women on key issues of concern, and through skills building and technical assistance in addition to grantmaking.
Of particular interest is popular culture since its growth, influence and visibility have been exponential. For example, the Nigerian film industry is the third largest globally in terms of films produced. Of concern to us as AWDF is the fact that popular culture (especially music and film) is being widely exploited by fundamentalist religious and cultural groups to create ideas of African identity that are highly discriminatory to women. 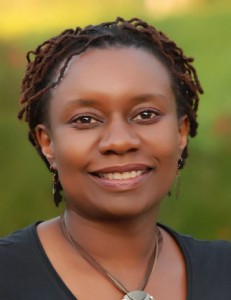 There is considerable evidence that women in the arts can be a tremendous force for shaping public engagement and opinion. For example, the late Tanzanian folk musician Bi Kidude highlighted through her music the many ways in which traditional cultures have celebrated women’s sexuality, thus creating avenues through which women’s sexual health can be discussed in culturally appropriate ways. This is a taboo area, so it is a remarkable achievement in both artistic and activist terms.

In our short experience of supporting arts and culture, we would say it has enabled us to reach more people, to forge new links with young people’s groups, and to create public awareness and debate.

I don’t believe the arts are a neutral space. Every piece of art or cultural expression reflects an opinion or social commentary of some kind. There is a view that those who challenge the dominant narrative of the arts are using the arts for their own purposes. In my view, they are doing nothing different from any artist, which is demonstrating how they see the world.

Is there evidence that supporting women’s arts organizations advances women’s rights?
Yes, I think so. For example, traditionally sculpture in much of Africa has been dominated by men and as such carries higher status in the arts. We supported the Memory Lane Project in Ghana, which works with women artisans and challenges the notion that women have neither the skill nor the capacity to be sculptors. This has in turn challenged deeply held beliefs about women’s role in society. It has also created opportunities for women artisans to increase their livelihoods and income.

The Arts, Sports and Culture theme also aims to mobilize young people to address areas of critical concern. For example, a group called the Katswe Sistahood in Zimbabwe uses theatre and poetry to tell the stories of young Zimbabwean women experiencing violence as well as to educate young women on sexual and reproductive health and rights. The group’s work has strengthened the network of young women seeking greater protection from violence and has won the support of law enforcement agencies in and around Harare. More importantly, it has succeeded in bringing these issues to the forefront of public debate in Zimbabwe.

Do you also support arts activities as part of other programmes?
Yes, we do.  For example, in 2012 we part funded a documentary, The Witches of Gambaga, highlighting the plight of many women in northern Ghana who are singled out as the cause of family and community misfortune and labelled witches. They are forced to flee their homes and seek refuge in ‘witches’ camps’ where they are condemned to a life of hardship. The film portrayed the difficulties these women face and challenged the evidence of their supposed witchcraft. It became a topic of national debate and discussion. Many Ghanaians did not know of the practice. Two years later there has been significant change at the camp and in communities. While the practice has not died out, there have been significant improvements in conditions in the camps and in terms of protection from these accusations.

Why art and philanthropy are natural partners