Failing to deliver the benefits? – Microfinance without community investment 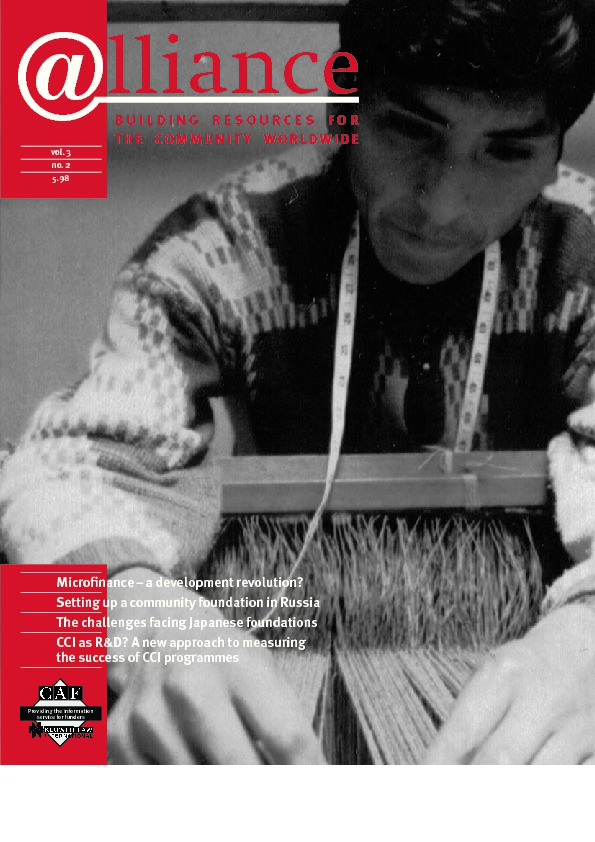 Microfinance is seen as an effective way of providing the funds needed for improving the lifestyles and livelihood security systems of some of the world’s poorest communities. In Ghana, as in most other parts of the world, microfinance provision has taken many different forms and has had very diverse effects. Some of these will be examined in this article, with a view to focusing on the need for extra funds for social development if the benefits of microfinance are to be fully realized.

As the name ‘microfinance’ implies, the enterprises supported by this kind of finance are usually very small, and loans are usually targeted at women, for a number of reasons:

For most women microfinance results in improved lifestyles, exposure to modern facilities like banking systems and new tools and implements, acquisition of new techniques and skills, education, and improved access to and control of basic resources, but this is still inadequate. Most of the loans are too small, which tends to mean very small businesses with low profit margins. Out of the profits, substantial amounts are spent on servicing the loans taken out and the rest has to be spent on family upkeep. The latter very often takes precedence over the former: most women end up spending most of their income on their families.

This is not a problem in so far as it meets the goal of improved lifestyles for society at large, but when it gets to the point where women are having to sell off assets to repay loans spent on school fees, hospital bills, and community (or social) responsibilities such as providing material support during births and deaths or contributing towards the provision of community facilities and infrastructure like clinics and schools, then there is a problem. This is further exacerbated by the fact that more and more men are leaving provision of family needs to women as they become more economically responsible and independent, thus undermining women’s efforts at economic development.

Again, with the formation of groups to access credit for their projects comes increased social responsibility for most women. Proper group dynamics require that group members increasingly contribute towards the upkeep of other members of the group. When a member of the group has any special occasion to mark, for example a birth or a death, all members of the group are obliged to contribute towards the organization of the function, both materially and spiritually. This must be paid for from any source of funding available – even if it is the loan taken out for one’s business.

The role of social investment in the community

Social investment in the community can help overcome some of these problems. This means investment for social development, which covers a wide range of facilities including basic social amenities like clean water, adequate health care and a host of other things needed for basic human survival. In most parts of Africa, communities are required to make a significant contribution to the provision of social amenities and infrastructure – even if they are extremely poor. It is therefore helpful when credit is available for such projects at reasonable cost – and available to communities rather than just to individuals or the government, as is often the case. This helps spread the responsibility for repayment, thus making such credit more manageable and bearable for the debtors.

If men contribute to providing credit for women’s businesses and projects, then they become shareholders with a vested interest in their viability and progress; they will be more likely to appreciate and support them, less likely to want to undermine them. Secondly, having citizens contribute towards funding for projects creates the opportunity for men to be business partners with women – or even with their wives. This is equality in the making at an even more personal level.

Women tend to take out small loans because they are not big risk-takers and are often scared of the interest rates on big loans. Being able to keep loans for business separate from funds available for social development will inevitably remove a lot of the fear associated with taking out loans. This will empower more women to take out bigger loans for larger and more meaningful investments that will yield more profits. These need not be spent on social development since there will be adequate funding provided for such needs.

How better could we empower women?

One step forward and two steps back: Progress towards harmonization of EU non-profit law