Interview with Will Miller

‘Not every philanthropic act has to carry the full weight of all possible social benefits.’

The Wallace Foundation has announced a six-year, $40 million initiative to assist up to 25 performing arts organizations across the US to attract and retain audiences. How will this further the foundation’s mission to ‘foster the vitality of the arts for everyone’, Caroline Hartnell asked Will Miller, president of the Wallace Foundation?
Non-profit arts organizations in the US face many challenges, including more competition for leisure time, changing demographics and the weakening of arts education, which helped introduce 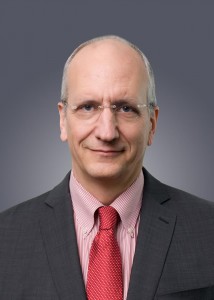 previous generations to the arts when they were children. As a result, the percentage of American adults reporting that they attended any performing arts event in a given year dropped from 41 per cent in 1992 to 33 per cent in 2012. So it’s not surprising that non-profit arts organizations tell us they’re concerned about their long-term financial viability.

We hope that if we can help those 25 or so artistically excellent organizations develop effective ways to attract and retain new audiences in ways that contribute to their financial sustainability, and then share what they learn with the entire field, we can contribute to spreading the benefits of the arts to a lot more people.

Do you see experiencing the arts as important for social change or is it valuable in itself, for enriching lives?
It’s both/and, not either/or. Based on a 2005 study we commissioned from RAND called Gifts of the Muse, we believe the arts have both intrinsic benefits, such as opening people up to new perspectives, and extrinsic benefits such as economic development. This value can accrue either at a personal level or at the level of a community or society, but the critical point is that the broader social benefits stem from individual encounters with art, so without that personal engagement the social benefits aren’t possible.

Can you say a bit more about the social benefits?
On the intrinsic social benefit side, RAND identified things like expression of communal meaning and creation of social bonds. On the extrinsic side, they identified public value coming from economic growth and the development of social capital. They also identified a set of benefits where value is primarily private but there’s some public spillover, such as growth in cognitive abilities or individuals’ greater ability to feel and act on empathy.

So you see yourselves as trying to strengthen something that’s increasingly missing from people’s experiences?
Yes, and it’s increasingly fragile, because these organizations are under a lot of stress.

Another article in this special feature talks about homeless people being given the opportunity to sing at the Royal Opera House in London. Homeless people singing is great but what does that change, one might ask. Will the experience warm them in the winter nights? But does art have to be about social change? For better-off people we see the arts as enriching their lives – isn’t that enough for homeless people?
The question seems to me based on a presumption that either economic benefits or social change are the only apt aim for a philanthropic effort. It can certainly be one, but it’s not the only one.

I understand homeless people have more immediate needs, but that doesn’t mean they can’t benefit from those values intrinsic to the arts. We like to believe they can, in line with the personal philosophy of one of our founders, Lila Acheson Wallace, that ‘the arts are for everyone.’

Not every philanthropic act has to carry the full weight of all possible social benefits. Because the arts provide private value as well as public value, I think they can be, but they don’t have to be, about social change.

I understand homeless people have more immediate needs, but that doesn’t mean they can’t benefit from those values intrinsic to the arts. We like to believe they can, in line with the personal philosophy of one of our founders, Lila Acheson Wallace, that ‘the arts are for everyone’, which informs all our work.

Is there evidence that access to the arts can help produce social change?
I think there is. All social change begins with shifts in understanding and awareness, so by helping us understand others, particularly others who are different from ourselves, art can lay the groundwork. A couple of examples: first, Harriet Beecher Stowe’s Uncle Tom’s Cabin, which played a significant role in the spread of the abolitionist movement in the years running up to the Civil War. More recently, the cumulative effect of Hollywood’s shift to a more sympathetic portrayal of homosexual people and relationships over the last couple of decades. While no one would claim this has caused the change of public attitudes towards gay marriage in the US, I believe it has contributed to it.

The other part of your mission is ‘to foster improvements in learning and enrichment for disadvantaged children’. What is the connection between the two parts of your programme?
Arts education is the connection, in both schools and afterschool programmes. We think it’s important for children of all backgrounds to have access to engaging arts experiences. On the arts education side, there’s a greater emphasis on personal participation in making the art as well as experiencing the great performances of others. Gifts of the Muse suggests that over time, when experiences are of a high quality, students get a variety of benefits, including learning how to learn, to be persistent, to work in teams; they’re exposed to the idea there’s never only one solution to a problem. At school, for instance, I was an actor rather than an athlete, but I believe the value of teamwork was as powerfully taught to me by the ensemble work of putting on a play as it would have been by being on the basketball team.

The new programme involves strengthening about 25 performing arts organizations so that they can serve as examples for others of how to build, and sustain, audiences. Do you believe there are best practices in this area that others can learn from?
I do. In October, we released a report, The Road to Results, which pinpointed nine practices that successful efforts have in common. This is illustrated by the results of another of our programmes to expand audiences, which found that many organizations using these practices saw significant gains in audience size – 27 per cent in general audience size among those interested in that area, and 60 per cent where they wanted to attract a specific group, like teens or families. So we’ve asked the organizations that we’ve invited to submit proposals under the new initiative to consider which of these practices are relevant to their efforts and to incorporate them into their plans, so that we can learn more about when and why they might work. In that way we’re hoping that the 25 organizations can build on, and add to, existing knowledge.

Looking at the figures you quoted, there was a much greater increase among particular segments. Does that suggest that it’s more effective to aim at smaller, specific groups?
RAND’s research demonstrates that there are different barriers to attending arts performances for different groups of people, so strategies focusing more narrowly on those barriers are more likely to be effective. There’s a saying in the business world that ‘a strategy that attempts to boil the ocean is doomed from the beginning’. If you take on too many things at once, you’re likely to significantly reduce your chances of success. Being focused is a much better bet.

Will Miller is president of the Wallace Foundation.

For more information
The publications cited in this article are available for free downloading at http://www.wallacefoundation.org

Lead image: Merit School of Music is a Wallace Foundation grantee, as part of the Wallace Excellence Awards initiative.

The power of film: interview with Sophie Leferink