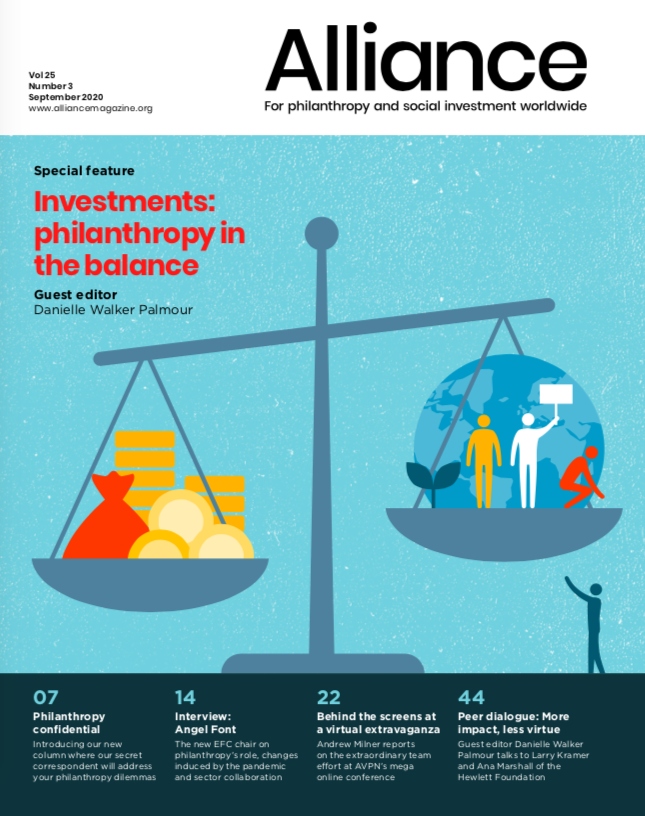 Investors can influence climate action for the better

Crises can be moments of transformation. The catastrophic failure of the financial system in 2007-09, for example, highlighted the need for truly sustainable finance and the prudent management of systemic risk. This in turn boosted the rise of responsible investment and enabled climate analysts to highlight the carbon bubble that was lurking beneath continued investment in fossil fuels. A decade on, and billion-dollar write-downs from oil majors such as BP and Shell have shown the growing significance of the stranded asset agenda.

In the Covid-19 crisis, it is striking how quickly civil society along with leading political and business leaders have converged around the need for a recovery that is not only ‘green’, but also inclusive. In the UK, for example, over 200 businesses have called on the government to use its recovery plans to deliver a clean, just recovery.

It is in the Global South that the need for a just transition is most acute. Developing countries will bear the brunt of the climate crisis and have least resources to fund their own transition.

The 2015 Paris Agreement included the importance of a just transition. Governments have started to take action, not least to ease the move from coal, as Spain has done. The European Union has made the just transition a core pillar of its 2050 Green Deal programme.

Finance a tool for the just transition
All of this will require transformational approaches to financing too. Foundations are increasingly seeing the just transition as the connective tissue between the often separate imperatives of social inclusion and environmental regeneration. This appreciation needs to run through both grantmaking and investment strategies. For example, as part of its Climate Emergency strategy, the Friends Provident Foundation has stated that ‘the rapid transition to a net-zero emission pathway must also be a just and fair transition’ and is applying this throughout its activities. 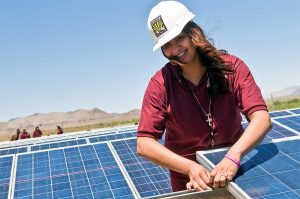 The growth of renewable energy can enable a more distributed model of development and job opportunities.

Over 150 institutional investors with over $10 trillion in assets have now signalled their support. An investor roadmap has been produced for the UK, with a strong focus on investors responding to place-based priorities in key regions. Local government pension funds can play a critical role as anchor financial institutions, for example, by providing capital for climate investments that also deliver social benefits. Banks are also starting to recognise that assessing climate risk alone will not deliver a successful transition. A new generation of banking products and services is needed which respond to the just transition, for example, in housing finance and supporting SMEs.

Where the shoe pinches most
It is in the Global South that the need for a just transition is most acute. Developing countries will bear the brunt of the climate crisis and have least resources to fund their own transition. Moreover, a number of them are highly carbon-intensive. South Africa is a case in point. President Cyril Ramaphosa has recognised the centrality of the just transition to the country’s future in a situation of high unemployment and racial inequality.

Covid-19 has made the just transition the next frontier of sustainable finance. Foundations and financial institutions will play a critical role in allocating capital that gets us faster to net zero in a fair and inclusive way.

India is the G20 country that is the most exposed to climate damage. The move from coal will bring huge benefits in terms of human health, where 2.5 million Indians die prematurely each year due to air pollution. The growth of renewable energy can also enable a more distributed model of development with new job opportunities created for women as solar engineers, for example. The challenge extends to the future for the country’s rural communities faced with growing climate shocks on top of entrenched caste and gender disparities.

The real test
Covid-19 has made the just transition the next frontier of sustainable finance. Foundations and financial institutions will play a critical role in allocating capital that gets us faster to net zero in a fair and inclusive way. Internationally, development finance institutions (DFIs) and multilateral development banks will be key. Here, signs of action are emerging, for example, with the UK’s DFI, CDC and the European Bank for Reconstruction and Development stressing the need for a just transition. Increasing the flows of climate finance to developing countries so that they can invest in their own just transitions will be critical to the success of the UN’s climate change conference, COP26, in 2021.

Nick Robins is professor in practice, Sustainable Finance, at the Grantham Research Institute of the London School of Economics.
Email: N.V.Robins@lse.ac.uk
Twitter: @nvjrobins1

For more on this topic check out Alliance’s climate commitment at alliancemagazine.org/climate