Israel as the focal point

The hopes and dreams of many Jewish philanthropists – and the communities they are part of – find their expression in the support of a range of causes in Israel. The run-up to and establishment of the state of Israel in 1948 created a major focal point for Jewish philanthropy worldwide.

Today, established Jewish communities in the US, Canada, Argentina, Australia, South Africa, France, Hungary, Germany and the UK (to name a few) have strong philanthropic ties to Israel.

The Israeli-Palestinian conflict makes these relationships highly charged – a source of pride and emulation to some but also of debate and criticism.

As the following profiles illustrate, the hopes and dreams of many Jewish philanthropists – and the communities they are part of – find their expression in the support of a range of causes in Israel.

Jacob Rothschild
Lord Rothschild is a British businessman and philanthropist and member of the Rothschild family, whose wealth derives from the banking and finance sector. 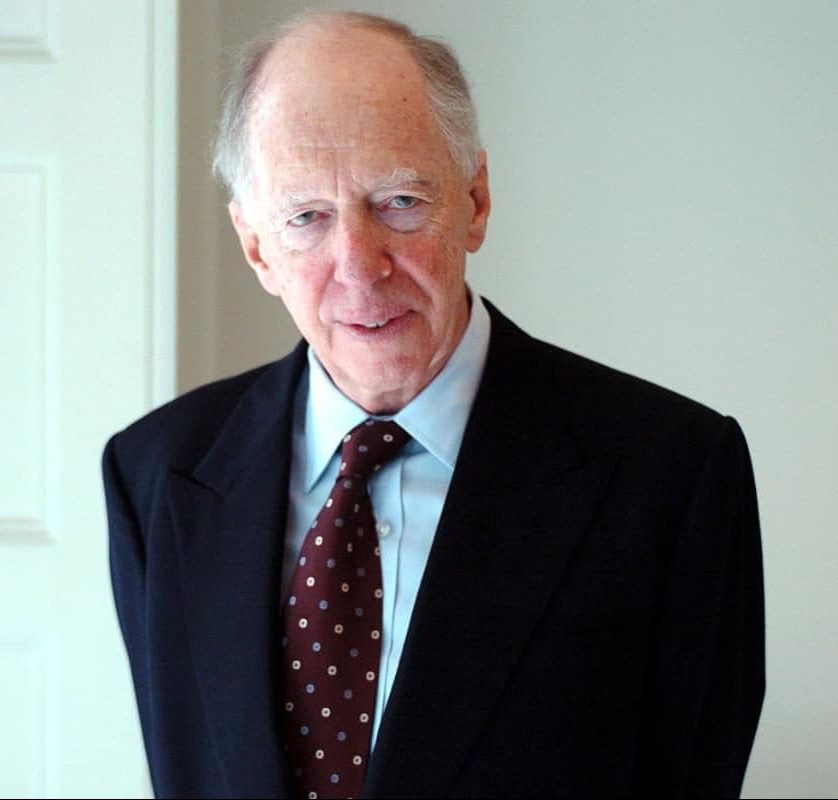 Jacob has played a defining role in the Rothschild family’s charitable interests in Israel where he serves as chairman of Yad Hanadiv, the Rothschild foundation which built and handed over to the State of Israel both the Knesset building (the Parliament of Israel) and in 1992 the building for the Supreme Court of Israel.

Currently, its major project is the renewal of the National Library of Israel which is under construction and due to open by 2021. More broadly, Yad Hanadiv is ‘dedicated to creating resources for advancing Israel as a healthy, vibrant, democratic society, committed to Jewish values and equal opportunity for the benefit of all its inhabitants’.

For example, it has dedicated grantmaking programmes in the fields of education, the environment, academic excellence and the integration of Israel’s Arab citizens.

Yad Hanadiv is ‘dedicated to creating resources for advancing Israel as a healthy, vibrant, democratic society, committed to Jewish values and equal opportunity for the benefit of all its inhabitants’.

These projects also reflect Jacob Rothschild’s wider charitable interests, principally in the fields of art and architecture. For example, he has been chair of trustees of the UK’s National Gallery and of the National Heritage Memorial Fund, as well as a trustee of the Hermitage Museum in St Petersburg and the Qatar Museums Authority. 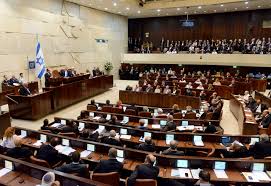 Construction of Israel’s Knesset was funded by Rothschild’s
Yad Hanadiv.

He has received numerous awards including the Order of Merit from the Queen, given to those who have rendered exceptional service in the field of the arts, learning, literature and science; and the J Paul Getty Medal ‘for extraordinary achievement in the fields of museology, art historical research, philanthropy, conservation and conservation science’. 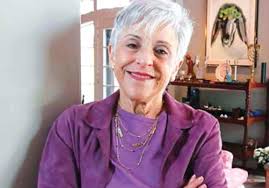 A core aspect of the foundation’s work, according to its website, is ‘ensuring Israel’s central role in the Jewish narrative’. Its chief areas of concern are the Jewish community, Israel, Tulsa, Oklahoma, and public education in the US.

The combination of a local geographic focus, together with a much larger vision for Israel and the Jewish people is not uncommon among family foundations set up by members of the Jewish diaspora in the US. Now 79, Lynn Schusterman has been the moving spirit behind the foundation since the death of Charles Schusterman in 2000.

Among the organizations funded by the foundation are Repair the World, Keshet, and the American Israel Education Foundation (AIEF). Repair the World provides opportunities to volunteer in local, national or international projects, while reinforcing ‘Jewish values’, while Keshet works for LGBTQ equality and inclusion in Jewish life.

The combination of a local geographic focus, together with a much larger vision for Israel and the Jewish people is not uncommon among family foundations set up by members of the Jewish diaspora in the US.

AIEF is a charitable organization affiliated with the American Israel Public Affairs Committee (AIPAC), a pro-Israel lobby group. The Schusterman Foundation makes grants to support its programmes including seminars and visits to Israel for members of Congress .

The foundation is also a key supporter of Hillel, an international network of student leaders based on university campuses, whose stated purpose is to encourage young people to ‘celebrate Jewish learning and living’ and support Israel. The foundation is also known for pioneering the ROI Community, a network of over 1,300 Jewish activists, entrepreneurs and innovators in their 20s and 30s with the aim of ‘enhancing Jewish engagement and fostering positive social change globally’.

Last year the foundation became one of four grantmakers who pledged to require youth-serving organizations they support to adopt policies increasing the safety of children in their care. The foundation has also granted over $6 million to the Israel Museum in Jerusalem.

With assets of around $2.3 billion and annual giving of $69.6 million (both 2014 figures), the foundation is among the largest of US family foundations, according to Foundation Center data. Lynn Schusterman became a signatory to the Giving Pledge in 2011. 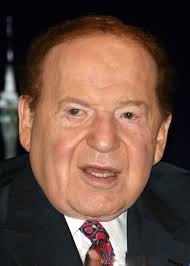 Adelson and his wife Miriam gave $80 million to the Republican cause in 2016 and $35 million to help elect Donald Trump.

According to Israeli news site +972 Magazine, pressure from Adelson might have influenced Trump’s controversial decision to recognize Jerusalem as the capital of Israel and to move the US Embassy there.

This step chimes with Adelson’s un-conciliatory attitude towards Palestinian opinion. ‘The purpose of the existence of Palestinians is to destroy Israel,’ he is quoted as saying at a conference of the Israeli American Council in 2014.

Worth some $39 billion according to Bloomberg Businessweek, he and his wife established the Adelson Foundation in 2007 to ‘strengthen the State of Israel and the Jewish people’.

In the same year, he launched a new newspaper, Israel Hayom, which is distributed free throughout Israel. Within four years Israel Hayom – which is sympathetic to the political interests of Adelson’s friend and Israeli prime minister, Benyamin Netanyahu – had become the most widely circulated newspaper in the country, and its business model has attracted controversy along the way.

According to media watchdog organisation The Seventh Eye, the paper sells advertisements at below market value. Ha’aretz, a rival publication, has alleged that the paper operated at a loss of 730 million New Israeli Shekels (roughly $205 million) over the course of the first seven years of its existence.

In 2016, Freedom House’s annual report on Freedom of the Press downgraded Israel’s status to ‘partly free’, naming the ‘growing market share’ of Israel Hayom as a concern.