People of Syria between conflict and refuge

With an intensifying armed conflict in Syria, a growing number of civilians have been internally displaced or have fled to neighbouring countries. If no political solution is reached, these numbers will continue to rise. But it’s not only those fleeing the conflict who are in need of humanitarian aid. Often, people in the countries who receive them need assistance, too.

The situation within Syria …
The humanitarian situation in Syria is deteriorating. The destruction of infrastructure, homes and livelihoods has resulted in 13.5 million of Syria’s 22 million population being in need of humanitarian assistance. Moreover, the shifting conflict lines and high levels of insecurity and violence have restricted access to basic humanitarian services in many parts of the country. The UN High Commissioner for Refugees (UNHCR) continues to be the lead agency in providing essential humanitarian assistance and life-saving health assistance for extremely vulnerable individuals and families, and it remains the main source of information on the status of the 6.5 million internally displaced people (IDPs) within Syria. Local Syrian groups are able to collect data only within their areas of intervention, which makes it difficult to draw a comprehensive picture of the IDP situation.

‘The shifting conflict lines and high levels of insecurity and violence have restricted access to basic humanitarian services in many parts of the country.’

Nevertheless, and despite a volatile working environment, philanthropic organizations such as the Arab Human Rights Fund (AHRF) are still supporting timely human rights interventions inside Syria, as are many international organizations (often with regional offices in Lebanon), including European foundations such as Friedrich Ebert Stiftung, Heinrich Böll Stiftung and Kvinna till Kvinna Foundation. These interventions include documenting, monitoring and reporting human rights violations committed by different parties in the conflict, and those committed by Sharia courts; working with local committees on adopting human rights standards into their agenda; and providing human rights activists with capacity building to enable them to do their work better. 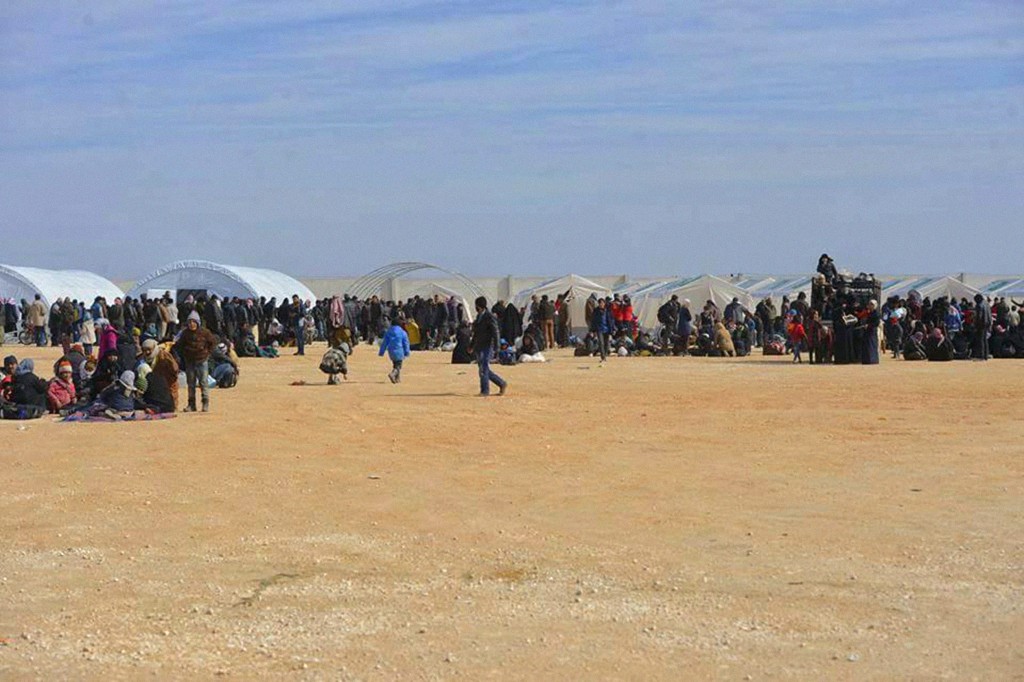 ‘The incidence of poverty in Lebanon has risen by 6 per cent since 2011, while the number of vulnerable Lebanese families is increasing exponentially.’

Impact of the Syrian crisis in Lebanon
The impact of the Syrian crisis – including on the economy, demographics, political stability and security – continues to deepen across Lebanon, whose capacity to withstand it will be severely tested if effective international support is not forthcoming soon. In its Crisis Response Plan for 2015-16, the Lebanese government identifies three priorities:

Syrian refugees in Lebanon have access to most basic services through public institutions, with support from civil society actors, who are also actively working to protect their basic rights and to make them aware of their rights under Lebanese law. AHRF and many international organizations are currently supporting these civil society actors. 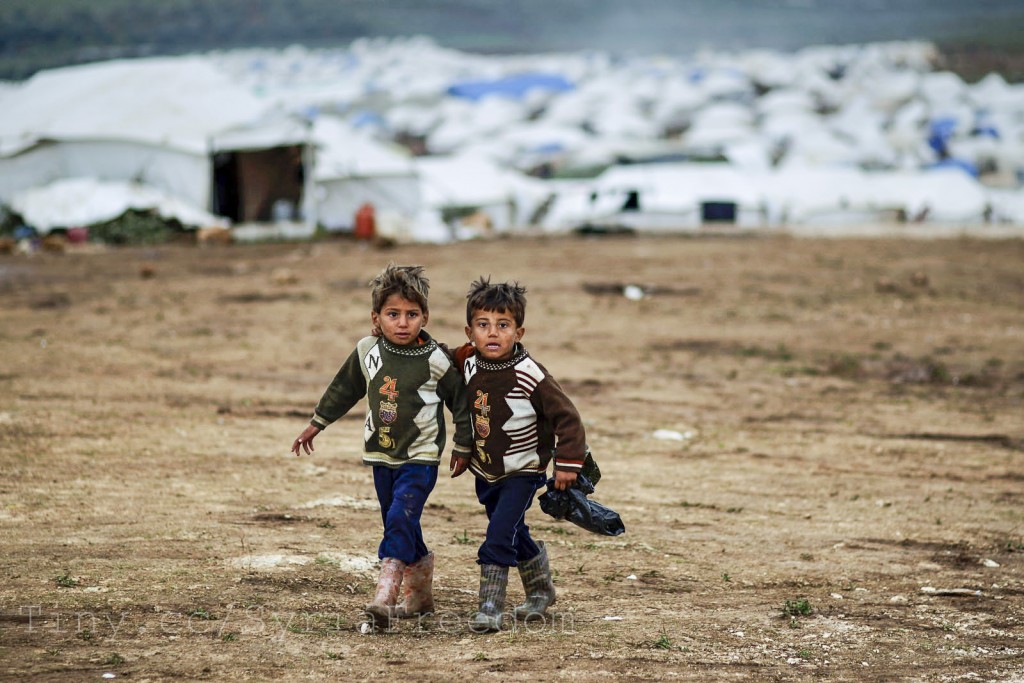 Syrian boys, whose family fled their home in Idlib, walk to their tent, at a camp for displaced Syrians, in the village of Atmeh, Syria. Credit FreedomHouse.

But with the conflict continuing and needs growing all the time, much more support is needed. Life-saving humanitarian interventions are naturally at the core of aid agencies’ strategies, but the protection of human rights is also vital. The international community, including philanthropic actors, could play a valuable role in supporting civil society actors working to protect the rights of all those affected by the conflict and to ensure they are getting much-needed services.

However, all stakeholders should look to longer-term priorities as well as immediate needs, with a view to facilitating Syrian refugees’ return to their country while providing the support that will enable them to rebuild a more democratic and sustainable future.

For more information
Figures in this article are taken from the 3RP Regional Refugee & Resilience Plan 2016-2017 at http://www.3rpsyriacrisis.org

Syrian refugees: the need for a gender perspective