Syrian refugees: the need for a gender perspective

Taking the blinkers off the Arab human rights community

A liberal funder under attack

Bearing the brunt of the refugee crisis are Syria’s neighbours. In Jordan, a particular set of problems apply because of the large numbers of women and children among the refugees there.

Syrian refugees have arrived in Jordan since early 2012 and three camps were built to accommodate them near Jordan’s capital Amman. However, nearly 80 per cent of the refugees live outside the camps in private housing in cities and villages. The gender composition of Syrian refugees in Jordan contrasts with the situation in Europe. According to UN High Commissioner for Refugees (UNHCR) data, 78.5 per cent are women and children under 18 years of age as opposed to 42 per cent in Europe.

Under these conditions it is crucial to consider gender and age as key criteria when determining the appropriate responses and interventions. A gender lens in analysis of the refugee situation reveals stark differences and major problems.

School participation
A major challenge for every refugee family, UNHCR and host countries is children’s education. The statistics are sobering. According to UNICEF figures, there are over 60,000 school-aged children in Jordan either out of school entirely or with very limited access to learning, including 6,000 in Zaatari and Azraq refugee camps alone. For those in school, tough economic conditions, poor curriculum quality and overcrowding all make the situation worse. Among the Syrian refugee community in Jordan, girls are being taken out of school for safety reasons (sexual harassment in school and on the road) and boys because they are looking for work in the informal economy. If the disaster of a ‘lost generation’ is to be avoided, education for Syrian refugee girls and boys has to be a priority for support. 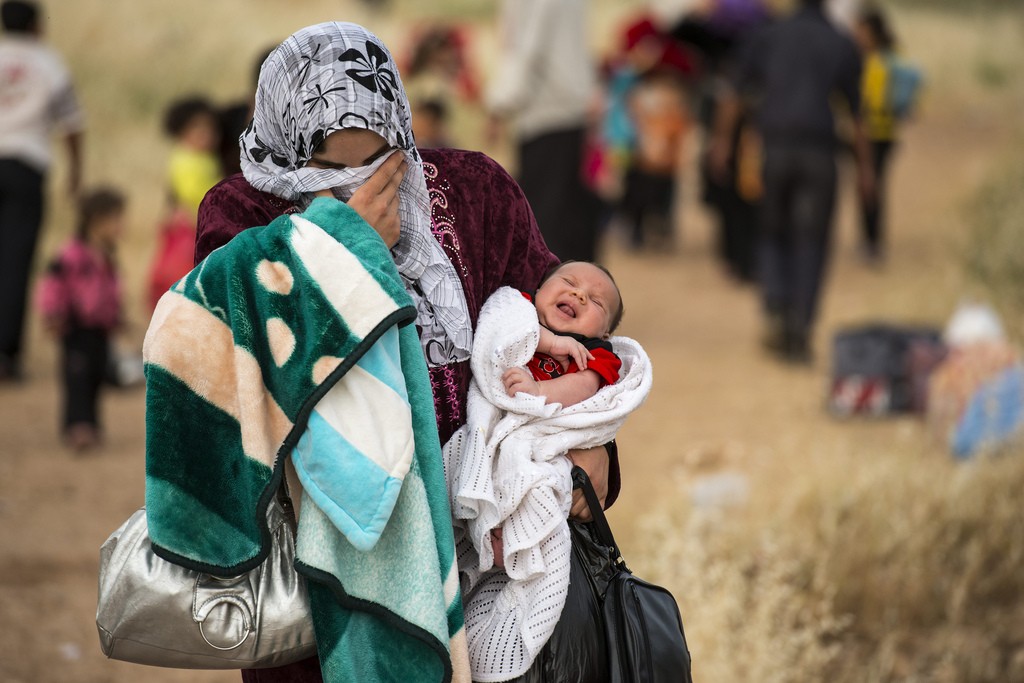 78.5 per cent of Syrain refugees in Jordan are women and children under 18 years of age; gender and age as key criteria when determining the appropriate responses and interventions Credit UNHCR.

Early marriage
Linked to the lack of safety is an increase in early marriage for Syrian girls, primarily as a coping mechanism among culturally conservative families. For one thing, it is assumed that married Syrian men are accepted into the country more readily than single men. Syrian refugee families also believe that early marriage for girls provides greater security for them in an insecure environment. In reality, the reverse is true and in many cases early marriage puts girls at severe risk.

Domestic violence
Gender-based violence by male heads of households against girls and women is becoming increasingly common for a number of reasons: the greater degree of stress within families, the lack of privacy in overcrowded shelters, and the inability of men to fulfil their traditional role as provider. However, domestic violence against boys younger than 12 is also on the rise.

Households with female heads are especially vulnerable to exploitation by landlords, and are potentially subject to physical and sexual abuse. The large number of Syrian refugees living in private accommodation makes this a particular concern in Jordan.

Antenatal and postnatal care
As with groups of refugees everywhere, there are special health needs – psychosocial and mental health care and care for the chronically ill – but in Jordan, given the high proportion of women refugees, the situation is particularly acute. Reproductive health services suffer from a lack of female doctors and the limited number who can work late shifts. Only half of Syrian refugee women have access to antenatal care and postnatal care provision is even less. The UN Population Fund (UNFPA) and local NGOs are currently building the capacity of Syrian volunteers to address these gaps.

Applying a gender lens
The need to take a gendered approach to relief, aid, conflict management and peace negotiations is well established. Many of the issues facing Syrian refugees in Jordan – early marriage, a high level of domestic violence, trauma suffered from torture, and the persistent inability of men to protect their families and fulfil their traditional roles – are common across all refugee groups. They apply with equal force to the millions of internally displaced Syrians and refugees who have found shelter in Iraq, Lebanon, Turkey and across Europe. The solutions will vary, but an appreciation of gender differences in needs and capacities is critical to ensuring that the rights and protections of all are safeguarded.

Ebba Augustin is CEO of SAANED for Philanthropy Advisory in the Arab Region, based in Jordan. Email ebba.augustin@gmail.com