Time for philanthropists to get on board with migration 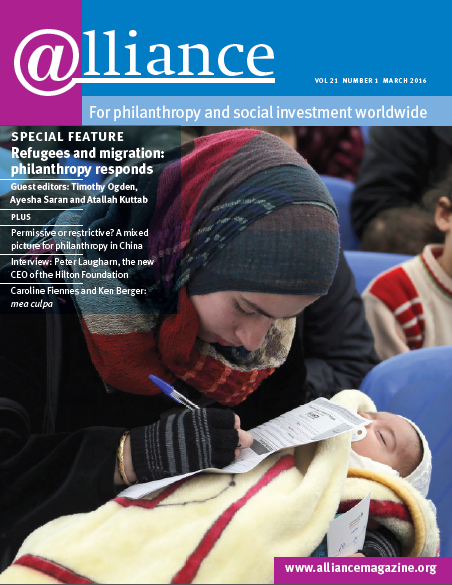 Which aid project has been most effective at creating economic opportunity for the world’s poorest families? A strong contender is a remarkable migration programme which helps thousands of poor South Pacific islanders get seasonal jobs picking fruit in New Zealand. Migration to pick fruit may not be the first thing you think of when you think of highly effective anti-poverty philanthropy. If that’s true, it might be time to think more imaginatively about what philanthropy can achieve.

The RSE programme
New Zealand started its Recognized Seasonal Employer (RSE) programme in 2006. New Zealand is a rich producer of wine grapes and other fruits, and has trouble finding farm labour. Across the water, Tonga is a country with few good jobs and a third of the population in poverty. Economist Manjula Luthria and colleagues helped the two countries strike a deal, offering Tongan workers the opportunity of a lifetime.  The average Tongan household that participated was earning NZ$1,400 a year before the programme began. Each Tongan worker who participated typically brought home NZ$5,500 after just a few months.

Compare that to more traditional anti-poverty projects. A highly successful programme giving productive assets to the ultra-poor in their villages was able to increase per capita consumption by US$54 (NZ$80) per year, with support from CGAP and the Ford Foundation. That project is clearly worthwhile and cost-effective. But its livelihood effects are dwarfed by the impact of even short-term migration. 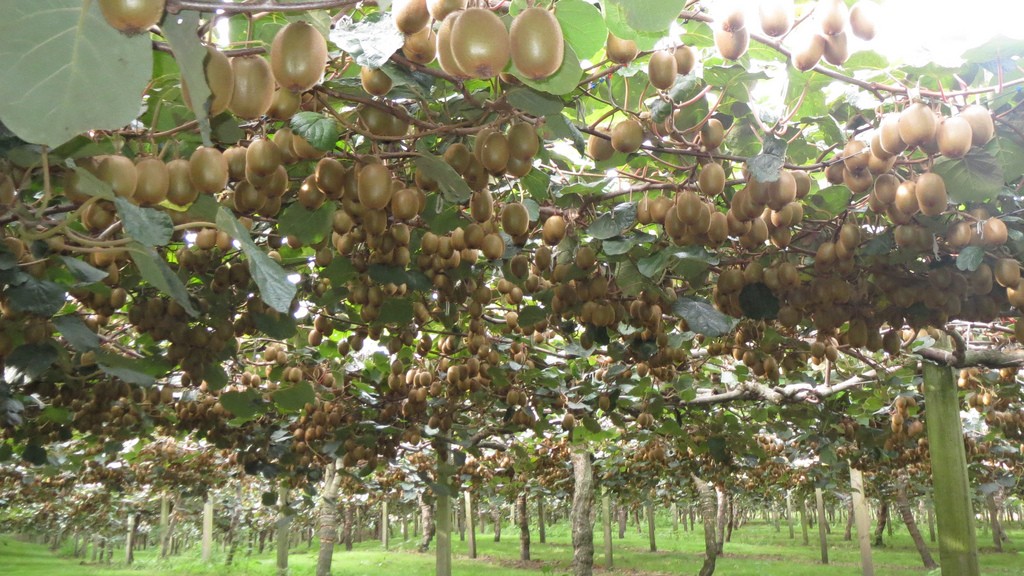 The New Zealand Recognized Seasonal Employer programme offered Tongan workers a life-changing boost in income and was judged by the World Bank to be ‘among the most effective development policies evaluated to date’. Credit: sheilaellen

Impact and evidence
The huge bump in income for Tongan families in the RSE programme was just the beginning. Carefully comparing matched participant and non-participant households, World Bank researchers showed that the project caused big increases in subjective and material wellbeing, durable assets, home improvement, financial access and children’s schooling. The evaluators’ conclusion: the RSE programme was ‘among the most effective development policies evaluated to date’.

Were there offsetting negative impacts outside individual participants’ households? For example, did workers’ absence or unequal access to the programme generate strife in Tongan communities? The evaluation team asked local leaders to assess the programme’s overall impact. Two years in, 92 per cent judged it to have a positive effect. 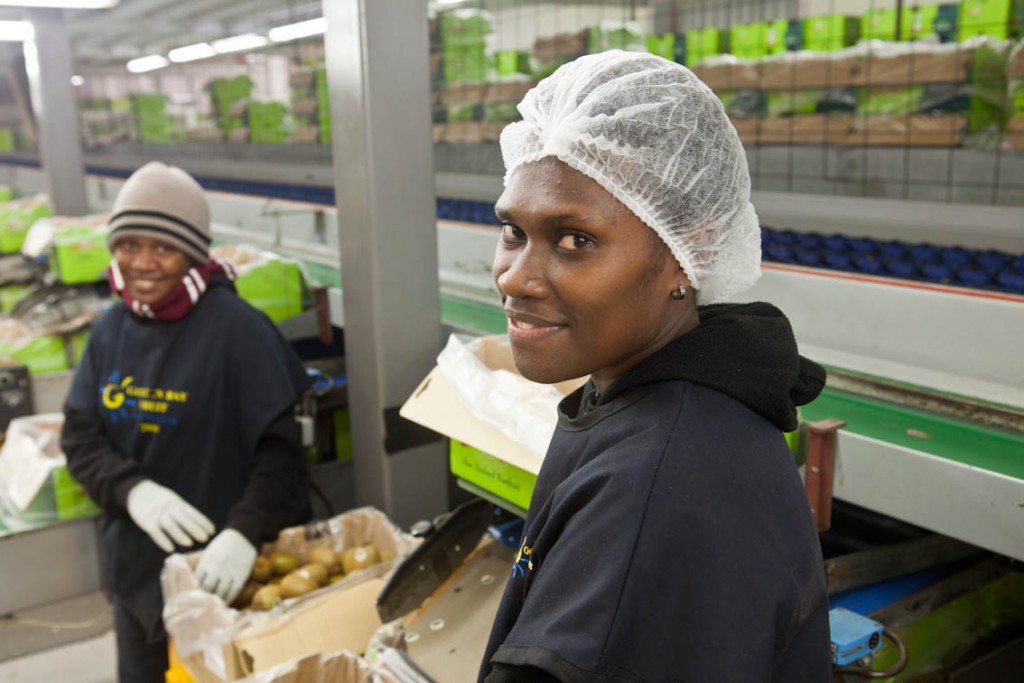 Ignoring the power of migration
You might think that with evidence like this, philanthropists and aid agencies would line up to emulate the initiative, and migration would move towards the centre of the global anti-poverty agenda. But nothing like that has happened.

The Millennium Development Goals, set in 2000, mentioned migration exclusively in negative terms: it leads to ‘an increase in epidemics’, and rural-urban migration tends to ‘increase poverty’ in urban areas. That was nonsense. Even back in 2000, remittances to developing countries were much larger than all the foreign aid on earth. The framers of the goals simply ignored that.

‘Even back in 2000, remittances to developing countries were much larger than all the foreign aid on earth. The framers of the goals simply ignored that.’

In late 2015, the UN met to set a new round of global goals. This time they did slightly better. The new Sustainable Development Goals at least mention talk about protecting migrants’ rights and making remittances cheaper. But they do not mention any possibility of actually increasing migration – only that migration policies should be ‘planned and well managed’. As Harvard’s Lant Pritchett has pointed out, the above goal can be met if only a handful of people actually move – or even if no people move at all.

The ‘migration undermines development’ fallacy
First, they see it as somehow at odds with their other work: if they’re trying to generate jobs and livelihoods in Malawi, how does it help to encourage people to leave Malawi? Won’t this undermine other efforts? This argument is not supported by evidence. The RSE programme in Tonga doesn’t substitute for other development efforts, it complements them. Any programme to develop local enterprise, for example, will benefit from migrants’ families having more money to spend on what is produced. Any programme to create jobs for youth will benefit from RSE workers’ kids being more likely to stay in school.

‘Two of the biggest economic successes in Africa, Mauritius and Cape Verde, had emigration of between 10 and 20 per cent of their populations leading up to the 1990s.’

Even large-scale emigration supports and complements the development process. Two of the biggest economic successes in Africa, Mauritius and Cape Verde, had emigration of between 10 and 20 per cent of their populations leading up to the 1990s. Migration is part and parcel of the development process, and it is an important way that people accumulate capital and ideas to get the economy moving at home.

Migration is ‘too political’
Finally, philanthropists sometimes say that migration is a ‘political’ issue and best handled by states and international institutions. Yet many foundations are explicitly involved with ‘political’ issues like equal treatment for women, fighting corruption, encouraging accountability of government and protection of children. Fortunately, some innovative foundations are showing what foundations can do. The Howard G Buffet Foundation has supported a highly effective programme for facilitating safe and legal agricultural labour mobility between the US and Mexico. The MacArthur Foundation has supported the Global Forum on Migration and Development, which is negotiating ways for migration to fight poverty better. The Carnegie Corporation, Kellogg Foundation and Ford Foundation have supported the Migration Policy Institute, which facilitates discussion on policies to make migration work better for development. There are stacks of other examples. These efforts have been catalytic, complementing the political process, which will remain the chief driver of overall migration flows. 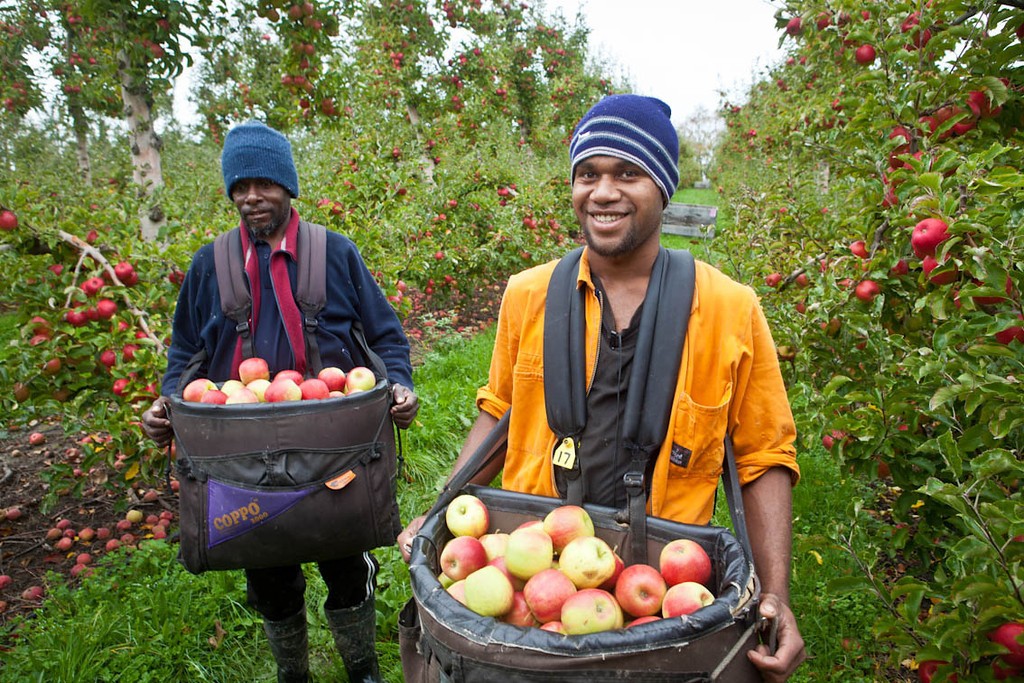 More and more philanthropists are experimenting with ways to partner with migrants rather than ignore them, as William MacAskill highlights in his book Doing Good Better (see review). Aid agencies cannot afford to ignore migration in a world where remittances dwarf aid flows and nor should philanthropists. Migration, quite simply, is the world’s most consistently successful anti-poverty strategy. It’s time for foundations around the world to get on board.

Michael Clemens is a senior fellow at the Center for Global Development. Email mclemens@cgdev.org

What role for philanthropy in opening up migration?