We must protect democracy in cyberspace 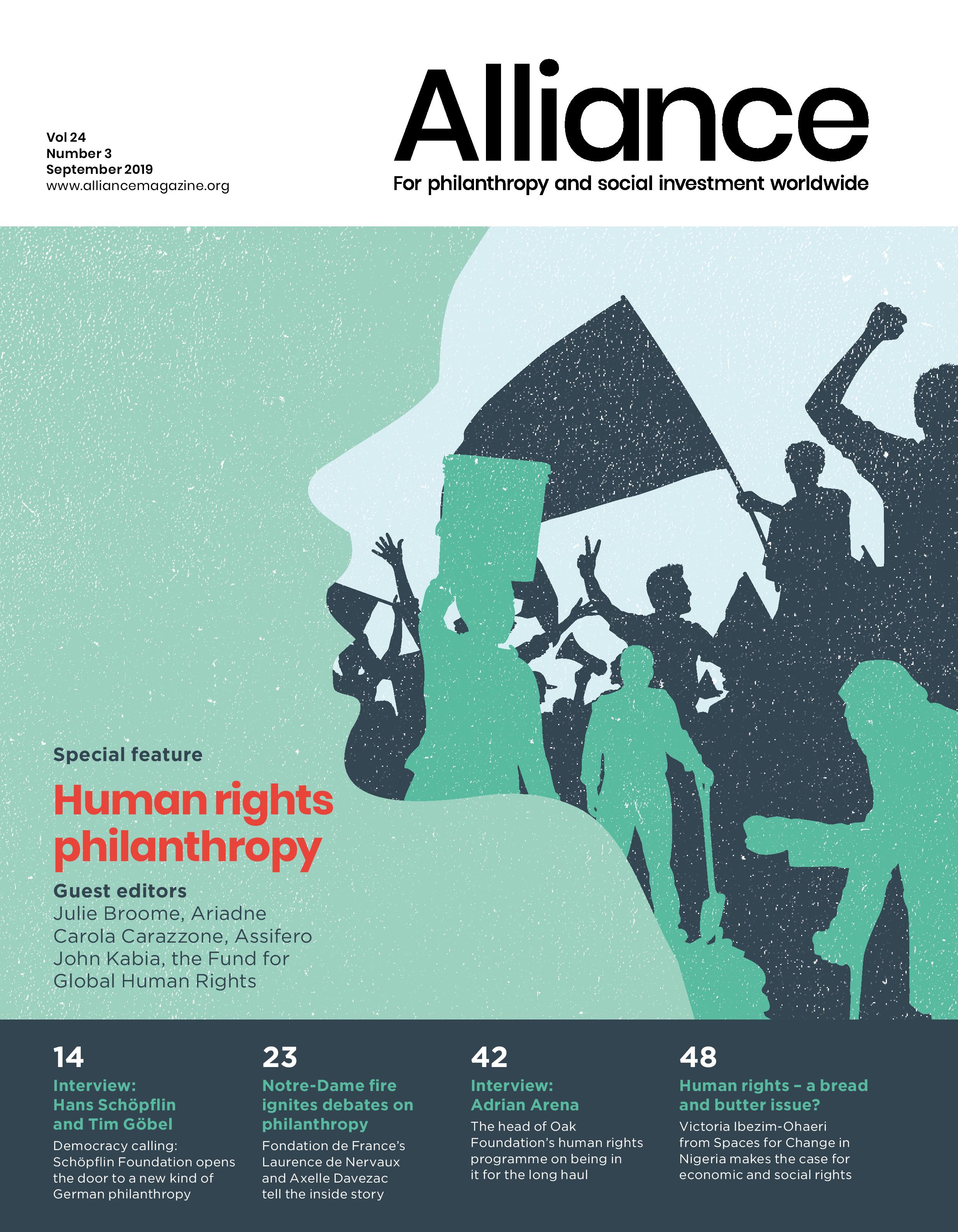 Recent experience in Brazil suggests the online civic sphere is the new surveillance battleground. Philanthropy needs to take steps to safeguard digital rights in the country

In June 2013 massive demonstrations took to the streets of several cities in Brazil, marked by new patterns of protest. For the first time, calls for demonstrations were not led by traditional actors such as trade unions and political parties; instead, they were decentralised and distributed across digital platforms. Social networks became the preferred space for the urban population to inform itself about what happened on the streets. Groups dedicated to organising protests operated online, often without any face-to-face interaction. Violent police repression was documented and denounced by citizens through mobile phones and digital platforms, and new independent online media outlets emerged to challenge the mainstream media’s stories attempting to criminalise demonstrators. Protesters who were arrested reported that besides IDs, telephone numbers and addresses, their social media usernames and passwords were requested. The digital realm was established as a space for civic engagement.

In 2014, the same thing happened with anti-World Cup demonstrations. This time, however, the police crackdown went beyond rubber bullets and stun grenades: there were arrests before the World Cup started, as wiretaps and other surveillance tools were used to prevent clashes. Activists’ profiles on social media were systematically monitored. Similarly, in the wake of repressive measures implemented in the name of security, an anti-terrorism bill was passed prior to the 2016 Olympic games in Rio de Janeiro, attracting strong criticism from progressive civil society for potentially criminalising protests, protesters and dissent.

The beginnings of disillusionment
Since then, Brazil has changed profoundly. The romantic idea of digital networks as an open space where free expression, autonomous civic organising and democratic debate would thrive has been supplanted by the realisation of increasing control, surveillance and insecurity. Racism, sexism, LGBT-phobia, hate speech, polarisation, misinformation and disinformation surfaced and spread in online environments, which became acutely toxic during the presidential campaign of 2018, which was marked by outbursts of violence not limited to the online world. It became evident that online violence and surveillance can be as harmful as physical violence and repression. Consequently, preoccupation about digital vulnerabilities and the need for protection increased among human rights defenders and activists. The same is true of funders supporting civil society.

Philanthropic institutions, must develop long-term and comprehensive responses to challenges in networked societies that grow more complex every day.

The concerns around the role that data and technology play in increasing violations of rights, threats to social justice and socio-environmental defenders, and the dismantling of an open and plural civic space are timely and must be urgently addressed by philanthropic institutions. This is a global trend. The roots of the problem are deep – and woven into several layers of complex systems. Therefore, it is critical that the conversations around technology and social justice go beyond the urgent need for immediate responses – most related to increasing digital protections of human and socio-environmental rights defenders through using alternative messaging platforms, leaving mobile phones out of meeting rooms and adopting encryption.

The need for a response by philanthropy
The Ford Foundation in Brazil has been supporting civil society organisations to better understand and incorporate digital protection measures into the culture of social justice institutions. Part of this effort includes supporting capacity-building and awareness-raising initiatives for social justice organisations, collectives and activists on a variety of topics, ranging from how to deal with online harassment, to adopting anti-surveillance technologies, using safe and reliable information servers, implementing security practices in communications and protecting strategic data. We know, however, that this is not enough.

Deeper analysis and holistic approaches are necessary to advance social justice, human rights and make sure digital environments work for the public interest. Philanthropic institutions, together with the organisations they support, must develop long-term and comprehensive responses to challenges in networked societies that grow more complex every day. For many organisations this may seem a herculean effort. But it is not, if they work with powerful allies that are already in the field.

Promoting diversity, equity and inclusion in digital spaces and systems is a fundamental step to combat inequality in networked societies.

For more than ten years, the Ford Foundation has been supporting the development of ecosystems of individuals, networks and institutions – at national, regional and global levels – dedicated to advancing digital policies and regulations that ensure the public interest. Issues such as net neutrality, data protection and privacy policies, multi-stakeholder and participatory models for internet governance, a civil rights-based approach for the internet, for example, may seem very distant from the everyday reality of the majority of social justice institutions and activists. But they are not. Digital policies, regulatory frameworks and technological developments that ensure freedom of expression, information and association; privacy and protection against surveillance and disinformation, and other abusive practices by state and private sector actors, constitutes the  bedrock that can guarantee the exercise of civic engagement and participation in public life.

Moreover, Ford has been investing in research, assessment of risks and monitoring of digital attacks on organisations and activists, fostering connections among social justice institutions and the tech/digital rights community to leverage systemic and multidimensional responses to digital encroachment. This includes supporting grantees from different fields to work together, generating greater technological capacities within social justice organisations and better understanding among tech people about the visions and struggles of these stakeholders so that technologies are developed which incorporate social justice values.

Ford has been supporting investigative journalism to shed light on how surveillance systems are used to control those who challenge powerful interests.

Promoting diversity, equity and inclusion in digital spaces and systems is a fundamental step to combat inequality in networked societies, so Ford also helps to promote gender and racial diversity in the tech sector. In recent years, the Ford Foundation Brazil office has supported initiatives that identify black women technologists, researchers and activists in the digital rights field and strengthen their capacities, promoting networking, leadership development and visibility in a sector historically dominated by a white elite.

Finally, Ford has been supporting investigative journalism to shed light on how surveillance systems are used to control those who challenge powerful interests. By doing so, independent investigative journalism raises the political cost of surveillance abusive practices, protecting human, civil and political rights against the backdrop of rising populism. Ford is only one organisation, but we believe our work in Brazil and elsewhere demonstrates the ways in which philanthropy more widely can help to preserve digital spaces as an arena for freedom of debate and dissent.

LGBTI human rights: pushing back against the push-back