Why does Bihar matter?

Long before Gandhi would use it as a launch pad for his campaign for independence, Bihar was an economic powerhouse, serving as the capital of India during Ashoka’s empire in the third century BC, when India’s boundaries stretched to include present-day Afghanistan and parts of Iran to the west and Bangladesh to the east. It is a state rich in history, home to one of the world’s oldest universities (Nalanda) and the oldest democracy, and they even say Buddha found enlightenment here. 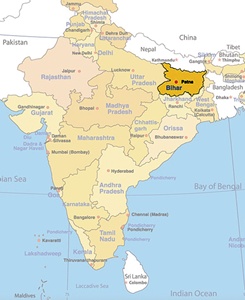 The state has come to be known in recent times more for poverty, widespread corruption and economic irrelevance. It is still hugely stigmatized today within India. I was asked three years ago by a high-profile Indian ‘impact’ investor why we were planning to support a Bihari rural electrification start-up. ‘You can’t do business over there,’ he told me. ‘It’s a backward state. If you want to have an impact on electrification, do something in the cities, where people will pay for their power.’ In those cities, ask a taxi driver about Bihar and they’re liable to refer (loudly) to the Bihari brain-drain, lamenting that local jobs are being taken by Bihari migrants. The state is surely helping to drive India’s trend of rapid urbanization as people leave rural communities looking for work in cities. By most accounts it would seem like a place to avoid, rather than a place to commit capital. As with most things Indian, though, the reality is more complex than would appear to the casual observer.

The truth is that Bihar is quietly becoming important again.