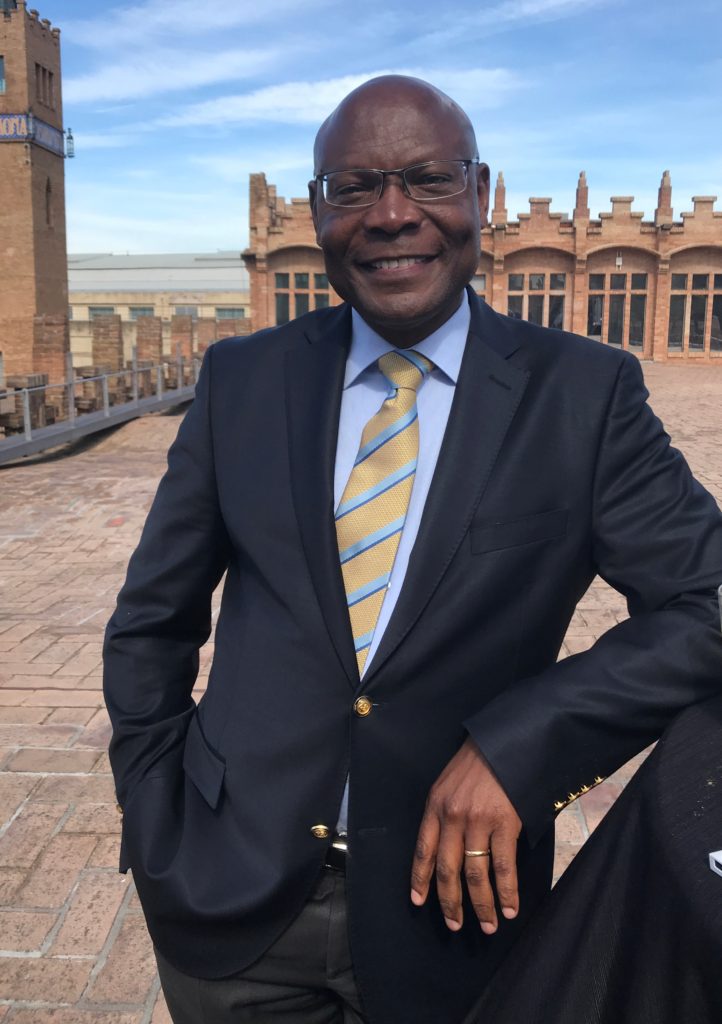 The development of a pan-African venture philanthropy organisation – to be called the African Venture Philanthropy Association – have reached an advanced stage. Who is involved? What will it do? What are the specific challenges venture philanthropy faces in Africa and how will the new organisation work with other elements of the continent’s growing philanthropy infrastructure? Charles Keidan put these questions to Joseph Ogutu, chair of the Safaricom Foundation in Kenya and one of the founder members of the network.

What is the background to the creation of an African Venture Philanthropy Association?

The philanthropy landscape in Africa has been growing. We have seen increased resources directed towards philanthropy. What’s even more pleasing is that much of this has come from local African sources. Over time, it has become clear to many of us that we need to work more collaboratively so that we can have much greater impact. There have been great stories of success working as individual foundations, but we think now is the right time to consider how we can have more impact across geographies and even in specific places. All of us involved bring different strengths to the team. There are those who specialise in educational projects, those who specialise in health, and even within health there are those who can bring technological solutions to healthcare issues, and working together, we can really increase our effectiveness. That is really the motivation for the African Venture Philanthropy Association. It can be a platform to share ideas and best practice and leverage our resources

You talked about each partner bringing different strengths. What motivated your foundation, Safaricom, to get involved? 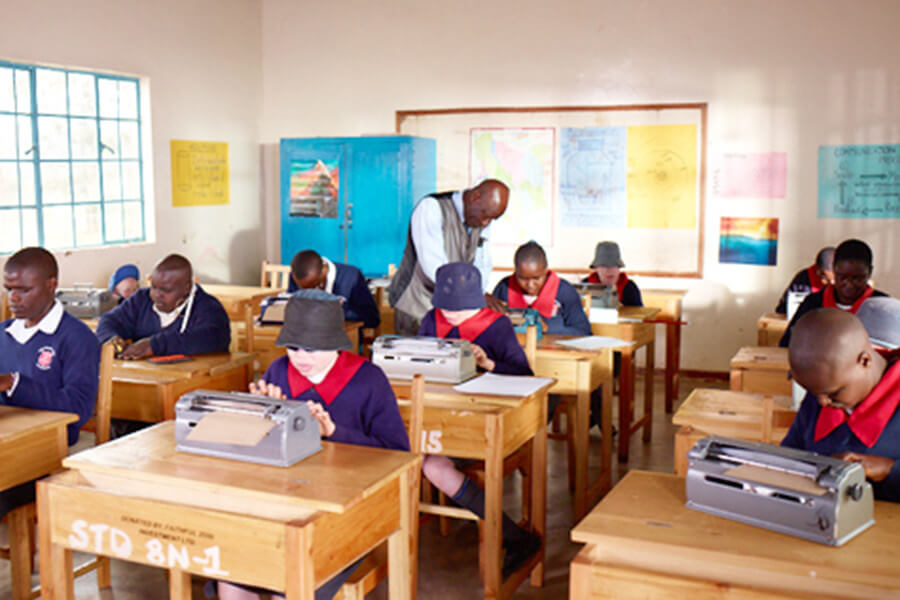 Safaricom Foundation is owned by Safaricom PLC, which is a mobile operator based in Nairobi with our operations fully in Kenya. We’ve been in operation since the year 2000, and over that 18-year period, we’ve been leveraging technology to provide solutions to African charities. That’s what we are doing.

And how will that play out in relation to the new association?

We are founding members. We have already committed $50,000 to begin with, as start-up costs for the secretariat.

Who else are founder members?

In Kenya, there is the umbrella organisation for the private sector alliance, KEPSA, which has its own foundation and the chair is from the KEPSA Foundation. We are also working with KPMG’s professional consultancy arm, which together with a local law firm, is helping us with the initial setting up procedures.

In fact, the African Venture Philanthropy Association is modelled after both of those two. We are drawing from their experience so that we don’t have to reinvent the wheel. The team at the International Venture Philanthropy Centre (IVPC) is assisting us with that and there’s a lot of exchange of experiences and knowledge. Last year, for instance, we had a team of about eight people, the initial nucleus of our association, attend the AVPN Conference in Bangkok and we’ll have people at this year’s conference in Singapore.

Can you tell me about plans for your first gathering, when and where it will take place and what you hope will happen there?

There are three chapters, a South African chapter, a Nigerian chapter and a Kenyan chapter. These will be like the hubs from which we will drive membership from across the sub-Saharan region. At the moment, what is happening is that the chapters are having their initial meetings. The Kenyan chapter had its initial meeting in Nairobi in March.

Is the plan to promote the idea of venture philanthropy in different parts of the continent?

Yes. Eighty-five organisations came to the Nairobi meeting. The idea is to create awareness about African venture philanthropy and the forum that we are starting, and also to elicit their support and their contributions. Alex Alvarez of IVPC came and we also had the CEO of AVPN, Naina Batra, there.

Do you see particular challenges of building nationally in different African countries, like Nigeria, South Africa, Kenya on the one hand, but also building pan-African networks, on the other? 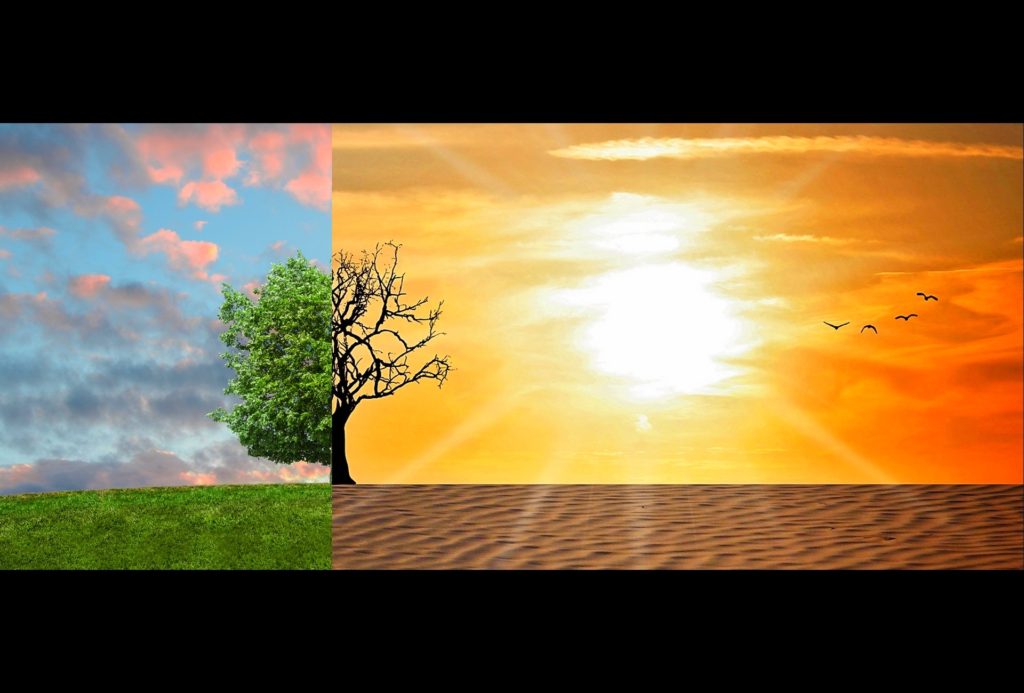 ‘The philanthropy landscape in Africa has been growing. We have seen increased resources directed towards philanthropy.’ Credit: Pixabay

I think the initial indications are that the process has started well and there are teams in Nigeria, South Africa and in Kenya. So we have three advisory groups that have already started work. But we have to manage expectations. The complete mobilisation and formation will not happen overnight. It will take time. People need to be convinced that there will be some benefits to draw out of this.

Are you planning a first pan-African gathering?

We have already had one gathering, and are planning for our next one later in 2018. We now have to gauge progress because after the first meeting, where people heard what is being planned, they have gone back to their respective organisations to see whether they want to be involved in taking the idea forward and committing resources. So we will be looking at a review meeting in the second half of the year.

What do you see as the differences between a venture philanthropy approach in Africa and the other more traditional approaches to philanthropy?

I think the differences are more or less the same as elsewhere. Yes, venture philanthropy is about grantmaking, like traditional philanthropy, but grantmaking with a return on investment. It’s not simply a matter of giving money to a project. A venture philanthropy approach requires a lot commitment in terms of structuring a model that works, and in terms of ensuring there’s a governance structure that supports the project so that it can be sustainable.

Do you think that that venture philanthropy model will engage a different type of person or organisation?

But do you think that difference in approach will appeal more to people from, say, venture capital or other corporate backgrounds?

One would imagine that people from the private sector or a business background will immediately recognise the benefit and the opportunity of a return on investment approach, because that is what they do for a living. It’s much easier for them. But maybe those who have come from a traditional philanthropy background could find it a little more challenging….

That’s a very good question, because, you know, what you are asking is: ‘are we going to have a multiplicity of entities which work at cross-purposes with each other?’

We hope by taking this approach that these other entities and the organisations that make them up will see that venture philanthropy has its own virtues. I see an opportunity for us to co-exist, to see which model is best placed to work in our respective environments. So it’s not about competition, but about collaboration.

This is an absolutely welcoming news. Philanthropy has been part of Africa's culture for centuries. However the need for such an initiative is long overdue. It is in tune with socio-economic growth in Africa, as well the a thriving private sector. As UK based African philanthropy expert, I want to commend the organizers for the foresight, and pray that the idea will flourish, for the benefit of both civil society and wider African community. Kudos to you