In June members of the EFC Forum for Roma Inclusion came together in Ghent in Belgium to learn from the city’s internationally-heralded inclusion programmes. The Forum works to mobilize the foundation sector to help further the societal inclusion of European Roma, with a particular focus on anti-discrimination, education, employment, healthcare, housing and de-institutionalisation.

The Forum gathered in Ghent to hear from different actors working on programmes in education, employment, youth and housing. The city has developed a network of outreaching fieldwork to support migrants in collaboration with the Bernard Van Leer Foundation. This in-depth targeted approach aims to challenge the numerous hurdles intra-European migrants face. At the core of the initiative’s success is the network’s interconnectedness and ability to align overall to a policy whose goal is to foster tolerance, opportunity and dialogue between the city and its new citizens. 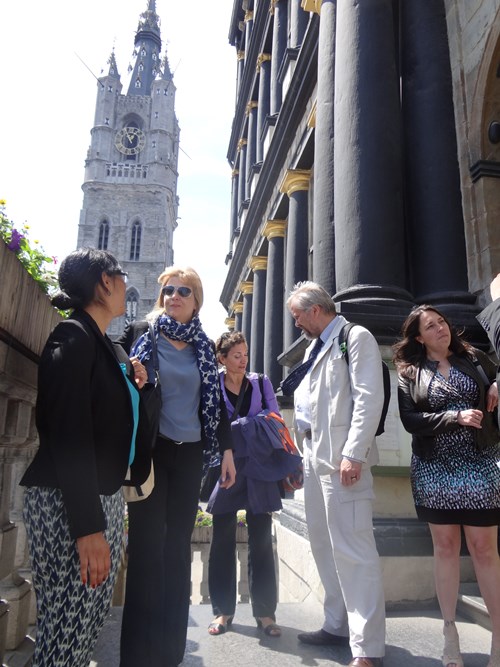 Ghent’s funding situation is unique in that state resources and funds from foundations have come together to fund a holistic vision. This challenges the more traditional model of funding where foundations function in isolation from wider official structures of power. Even so, the learning that has come out of its initiatives remains invaluable to cities with an interest in securing better integration for both intra-European migrants and the population as a whole.

Autumn Effect focuses on climate
Focusing on the upcoming climate conference, which will take place in Paris in December 2015, the autumn issue of Effect will explore why a new international agreement on climate could be key to fighting inequality, bridging the gap between food insecurity and food waste, and tackling the migration emergency. Also in this issue, an exclusive interview with journalist and author Naomi Klein and a reportage on the Makers movement, the high-tech DIY community fostering a new wave of social good artisans.

Council on Foundations: Supporting an enabling environment for cross-border philanthropy