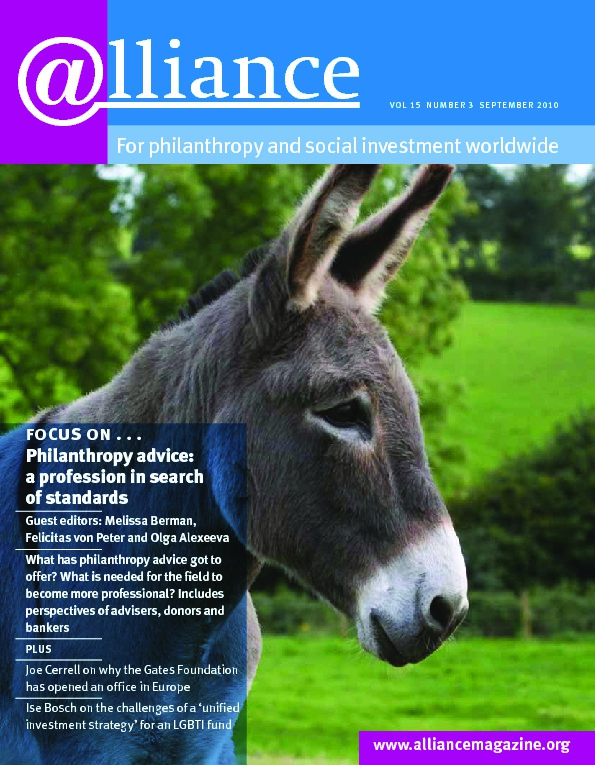 The world around philanthropy is changing much faster than philanthropy itself. Successful funders will be those who pioneer ‘next practices’ better suited to a more networked, dynamic and interdependent environment than current approaches. This is the broad conclusion of the Monitor Institute’s newly published report on the future of philanthropy. 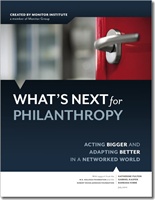 Funded by the W K Kellogg Foundation and the Robert Wood Johnson Foundation, What’s Next for Philanthropy: Acting bigger and adapting better in a networked world updates the Institute’s 2005 report, Looking Out for the Future. It argues that, while philanthropic innovation over the last decade has mostly turned on improving the effectiveness, efficiency and responsiveness of individual organizations, the ‘“next practices” for the next decade’ will, in addition to these things, need to stress coordination and adaptation.

The growing diversity of those active in the philanthropy and non-profit fields (in the US alone, the number of foundations rose from 56,000 in 2000 to more than 75,000 in 2008, and the number of non-profits also leapt from just over 800,000 to almost 1.2 million) does not necessarily produce even a sum of the parts. There is a risk of fragmentation of efforts, and coordination remains the exception rather than the rule. Second, given the pace of change, funders will need to adapt at a corresponding rate, assimilating the best available data and knowledge about what is working and regularly adjusting what they do to reflect it.

So what might these ‘next practices’ be? The most innovative funders in the future will do ‘more than operate as effective, independent institutions. They will act BIGGER and adapt BETTER’, argues the report, which identifies ten ways for them to do so. These include leveraging others’ resources, aligning independent action, activating networks, opening up to new inputs, keeping pace with change and taking smart risks.