Revisiting the idea of perpetuity

President Obama has four times floated the idea of capping the deductibility of charitable gifts – and other itemized tax deductions such as home mortgage interest payments and state and local taxes – for high-income federal taxpayers. Each time he has been stridently opposed by non-profit sector leaders. If the president were to revive his proposal and somehow find traction in Congress, would non-profits be justified in their concern that charitable giving would decline?

Not on the specifics of the proposal, for sure. Capping deductions at the 28 per cent tax level (that is, a dollar of charitable giving would reduce a taxpayer’s taxable income by 28 cents) instead of 35 per cent for households earning over $250,000 annually would have a minimal effect on charitable giving, while extra funds would go to the federal government’s social spending on health or jobs.

In fact, the most recent study on the combined impact of capping the deduction and increasing the tax rate for high-income households to 39.6 per cent (the tax rate prior to the Bush tax breaks) estimates a two-year decline in charitable giving of 1.7 per cent.[1] The Indiana University Center on Philanthropy/Campbell & Co study concludes that the state of the economy and its impact on levels of disposable income for the wealthy have much more influence on charitable donations than a potential cap on the charitable deduction. Previous analyses from the Urban Institute-Brookings Institution Tax Policy Center also put the impact of the cap at below 2 per cent.[2]

Although the President’s proposal is all but ‘dead on arrival’ in Congress, it could perhaps be made more attractive by raising the income threshold to target ‘millionaires and billionaires’, as Obama is wont to say on the campaign stump. America’s wealthiest donors typically give to charities that offer goods they consume – higher education, the arts, etc – so most of the giving they might hold back would be unlikely to be directly felt by most non-profits.

Something else is clearly at work. A Congressional ‘supercommittee’ has been charged with identifying $1.2 trillion in budget cuts by late November, and non-profits fear that the charitable deduction itself may be at risk. 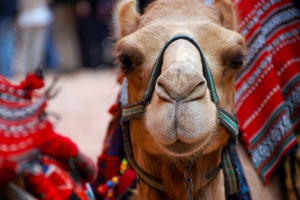 Larger non-profits (which typically hide behind small ones when Congress looks at the sector), particularly those that serve the wealthy, may be more concerned about the ‘camel’s nose in the tent’. Questions about the amount of the charitable deduction might lead to questions about its social content and whether all charitable activities merit equal treatment, or some less or none at all. Since religious institutions receive deductible charitable donations, often with little or no benefit beyond their own congregations, they too have joined non-profits in resisting charitable deduction inquiries.

A latent theme is that wealthy donors would rather control their giving than have it decided by Congress. As unpopular as President Obama might be, the poll ratings of the US Congress are much worse. A popular refrain of the ‘hands off’ lobby is that money taken away from charities would simply go to the US military. But Congress is an elected body, as miserable as it might be. No one elects wealthy donors.

As for the small non-profits, even though little of their funding comes from the nation’s super-wealthy, they fear a trickle-down effect if some very rich people cut back on their giving. That fear is of course whipped up by the non-profits that might lose if the deduction were cut back. Small non-profits know that they are being ‘played’, but they go along with the concerns that they’ll be whacked nonetheless.

If the debate were about the facts, Congress would know that the super-wealthy are big donors to education, donor-advised funds, foundations and health institutions and not to charities meeting basic human needs. A charitable giving cap wouldn’t be much felt in non-profit-run soup kitchens. For the very wealthy, their incomes might in any case be so large that the cap would be inconsequential.

The non-profit sector’s concern is not about the charitable deduction rate, which could be solved by changing the income profile of the taxpayers to be affected or converting the charitable deduction to a tax credit. It is a deeper concern about what constitutes charity and what should qualify as charitable donations. In the meantime, America’s ability to pay for healthcare, job creation and other national concerns is sacrificed to protect the maximum charitable giving incentive available to high net worth donors.

Rick Cohen is a columnist for Nonprofit Quarterly. Email rick@npqmag.org