Olga Alexeeva’s tragic and untimely death on 20 July robbed global philanthropy of one of its great leaders. For many of us it meant the loss of a dear friend and colleague. Her many qualities – her passion and compassion, her vision and energy, her sharp intellect and great sense of humour – shine through the many moving messages posted on the Alliance website. Here I want to remember, and celebrate, Olga the writer. 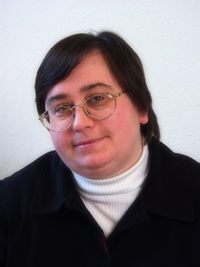 Olga wrote three books and over 100 articles on philanthropy and civil society development. She wrote regularly for Alliance, for CAF Russia’s Money and Charity, and for Snob, a magazine for global Russians, among others. Her first occupation was as a journalist, having won a place to study journalism at Moscow State University.

Although she worked only a short while as a journalist before moving to CAF Russia in 1993, we both agreed that she was always a journalist at heart. For me as editor of Alliance, she was a joy to work with. If I asked her to write an article, she would say, ‘Just give me the deadline and the word count.’ Needless to say, she unfailingly observed both. She wrote the most wonderfully expressive and idiomatic prose in not quite standard English – which could be challenging when it came to editing.

From March 1999, Olga was an active member of the Alliance editorial board, providing her own sometimes unexpected and always forthright perspective on every issue. ‘Sorry to be so straightforward,’ she ended one recent email.

Olga’s last contribution to Alliance is the interview with Russian philanthropist Dmitry Zimin. ‘Receiving Alliance always meant looking forward to singling out Olga’s innovative contributions for their insightful common sense. This will be sadly missed,’ wrote fellow editorial board member Alan Fowler. Alan speaks for all of us.

What follow are quotes from some of Olga Alexeeva’s many articles for Alliance.

Civic forum or civic chorus? Russian NGOs must decide
(on Russia’s Civic Forum, which brought together NGOs and state representatives)
‘The Civic Forum could have become a “civic chorus” of support for the President, but it didn’t. It could have focused on safe issues of social protection and ignored human rights, Chechnya and army reform, but it didn’t. The ball is now in our court. … Partnership will equal loyalty if NGOs do not continue to remind the state that partners in social reform are not lovers and cooperation does not mean a ban on criticism.’
March 2002

New philanthropy: a micro-world of busy youngsters
‘New philanthropy in Russia and China is philanthropy that is new-born. Like a new-born child it is disoriented, its movements are uncoordinated, it is easily frightened and gets distrustful after even the slightest negative experience.’
March 2007

China dispatches
‘If you think of China as a magazine, the front cover is impressive. For over 15 years, it has been the leader among the so-called BRIC or emerging market countries … the back cover is less impressive.’
June 2008

Civil society as ideology: lessons from Russia
‘When I was a 15 in the sleepy city of Krasnodar in southern Russia, I led a double life. By day, I was a ‘model’ teenager with good grades and a member of the school Komsomol (Youth Communist League) committee. At night, I listened to forbidden hard rock and worshipped Black Sabbath, not Lenin …

‘International aid and development agencies failed to recognize the unique position Russia occupied and continues to occupy in the whole post-communist world. Unlike the majority of countries in the region, it was not only a victim of the communist nightmare, it was the source of it. In order to denounce communism, Russia and Russian people in practice need to denounce themselves.’
June 2009

Catching the ‘up’ moment on the roller coaster ride
‘My most memorable encounter with a donor client happened around ten years ago, in my native town of Krasnodar in the south of Russia … The potential client, a heavily built, grim-looking man, was a wealthy agricultural ‘oligarch’, a local entrepreneur.

‘I started talking about CAF Russia and how we could help him and his company to set up his giving. He listened for about a minute and then said: “Shorter!” Slightly taken aback, I nevertheless went directly into my proposal. “Shorter!” he repeated. Somewhat confused, I cut even further: “Shorter!” I took a deep breath and went for it: “Ten thousand dollars a year for your local schools.” He looked at me again and then nodded approvingly: “Agreed.”’
September 2010