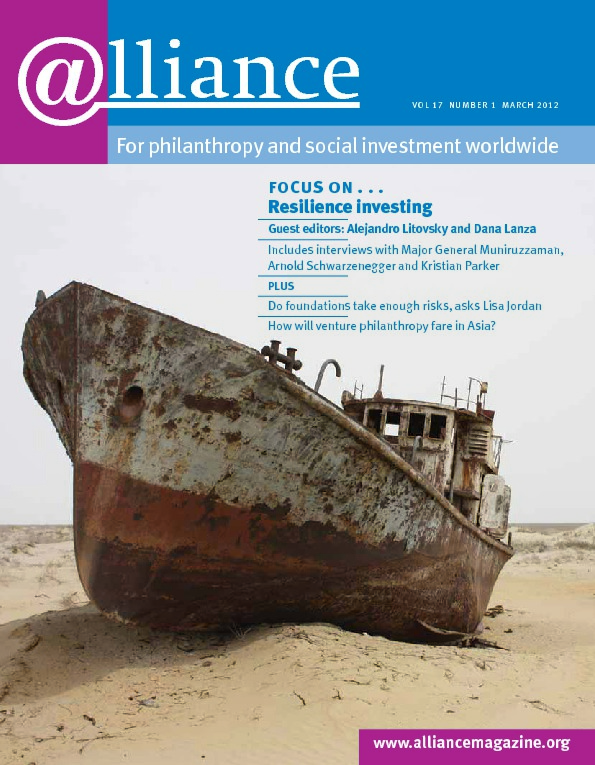 Efforts now under way to build community foundations and other philanthropic institutions in regions lacking them hold enormous promise, but generating the capital resources that can sustain them over the long run presents a huge challenge.

Fortunately, a possible solution is in sight. In many of the regions where foundation-building efforts are starved of capital, enormous privatization sales are also taking place, transferring hundreds of billions of dollars of government or quasi-public assets into private, often foreign, hands. Capturing even a small fraction of the resulting proceeds for nascent community foundations would quickly set these institutions on a very different developmental path and potentially transform the philanthropic landscape of their countries.

This is not a mere pipedream. Readers familiar with the Italian foundations of banking origin will know that privatization processes have already been tapped to create substantial charitable endowments. What no one has realized is how widespread this practice has been. Demonstrating this, assembling the lessons of past experience, and bringing the resulting insights to those eager to build sustainable philanthropic assets in areas that lack them are the objectives of the Philanthropication thru Privatization (PtP) project being carried out by Lester Salamon in cooperation with the East-West Management Institute and an international team of colleagues.

To date, the project has identified five different ways in which this PtP phenomenon can unfold, depending on the nature of the public or quasi-public asset involved. No fewer than 415 PtP transactions have so far been identified around the world, including such well-known institutions as the Volkswagen Foundation, Austria’s ERSTE Stiftung and the New Zealand community trusts. Case studies are being completed on 22 of these to tease out lessons and a search has begun for possible sites for pilot implementation efforts.

With resistance to privatization growing everywhere, governments and purchasers of privatized assets may well see the advantages of accompanying future sales with the creation of sizable charitable endowments aimed at the needs of local citizens. Here is an idea whose time may have come.

For more information
Contact Lester Salamon at lsalamon@jhu.edu or William Burckart at william.burckart@jhu.edu