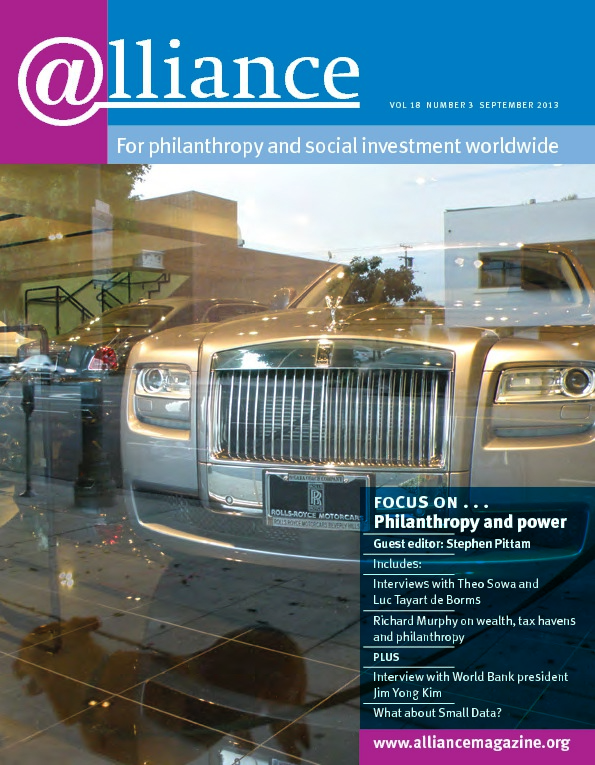 The Second Olga Alexeeva Memorial Prize was announced at the Emerging Societies, Emerging Philanthropies International Forum in Peterhof, Russia, 1-2 July, following the prize ceremony for the first round of the prize and the lecture by the winners, Jane Weru and Kingsley Kariuki Mucheke of Akiba Mashinani Trust (pictured, giving the lecture).

One of the key issues facing the Forum was how best to support the development of philanthropy in emerging market countries. One approach to this is the Olga Alexeeva Memorial Prize, awarded to an individual ‘who has demonstrated remarkable leadership, creativity and results in developing philanthropy for progressive social change in an emerging market country or countries’.

Jane and Kingsley were awarded the prize for their transformational efforts in building assets for marginalized communities in Kenya. Akiba Mashinani Trust is the financing facility for the Kenyan Federation of Slum dwellers (Muungano wa Wanavijiji). Today it comprises over 700 community savings groups made up of over 300,000 people. In their lecture, Jane and Kingsley explained how it began with the realization that they needed to develop tools that would enable communities to get secure tenure and build houses. ‘The poor are locked out of Kenya’s housing market,’ they said. 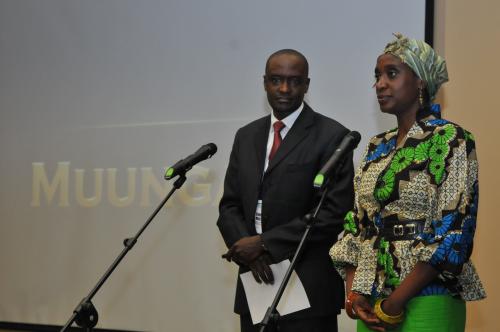 If the aim of the prize is to throw light on relatively unknown people developing philanthropy in new ways, Jane and Kingsley couldn’t have exemplified this better. But the Olga Prize doesn’t just identify a winner. A special supplement published with the March issue of Alliance profiled all eight prize finalists, and all finalists were invited to the Forum. Bringing a new group of people into the Forum who wouldn’t otherwise have been there – or even necessarily identified themselves as part of the philanthropy scene – was a big bonus of the prize.

For the Second Olga Alexeeva Memorial Prize, the finalists will all be invited to attend the WINGS Forum, to be held in Istanbul 27-29 March 2014, and the winner will be announced there. The closing date for nominations is 1 October.

Do you know of people in your country who are breaking new ground in promoting philanthropy? Do go ahead and nominate them!