Power and money are inextricably connected. How can philanthropy best use the power that increased resources bring in what is being hailed as the second golden age of philanthropy – also a time of growing inequality? Can power be shared with grantees, beneficiaries and other stakeholders? These are some of the questions addressed in this Alliance special feature. The guest editor is Stephen Pittam, former secretary of the Joseph Rowntree Charitable Trust.

The special feature includes interviews with Theo Sowa of the African Women’s Development Fund and Luc Tayart de Borms of Belgium’s King Baudouin Foundation; Halima Mahomed and Bhekinkosi Moyo on power and philanthropy in Africa; Albert Ruesga on poverty and wealth in New Orleans; and Shami Chakrabarti’s ‘view from the other side’. Plus Sophie Pritchard’s analysis of different power-sharing models and a range of examples from Central America, Northern Ireland and elsewhere. Richard Murphy takes on the issue of tax: when so much wealth accumulation is associated with tax avoidance and tax havens, how can philanthropy tackle inequality and other issues, often created by these same structures?

The September issue of Alliance also includes Alex Jarman on government support for social investment in the UK; Christopher Worman on the overlooked virtues of Small Data; ICNL’s round-up of threats to civil society funding around the world; and Nicholas Borsinger on the wider lessons to be drawn from a damning report on wells in Sierra Leone. Plus letters, conference highlights and book reviews.

The power of money

Six months after I had started working for the Joseph Rowntree Charitable Trust (JRCT) a close friend said to me, ‘you have changed – you expect people to listen to you.’ It was a good reminder of the best piece of advice I received on getting the job. Eric Adams of the Barrow Cadbury Trust told me, ‘keep your feet on the ground and you will be alright’. It is difficult to keep your feet …

‘As more lives and communities are destroyed by the system that creates vast amounts of wealth for the few, the more heroic it sounds to “give back.” It’s what I would call “conscience laundering” … But this just keeps the existing structure of inequality in place. The rich sleep better at night, while others get just enough to keep the pot from boiling over.’ Who is this writing? Michael Edwards perhaps? Or Rick Cohen from the Nonprofit Quarterly? Or Stephen Pittam, guest editor for this issue? No, this is Peter Buffett, son of Warren and chairman of the NoVo Foundation, … 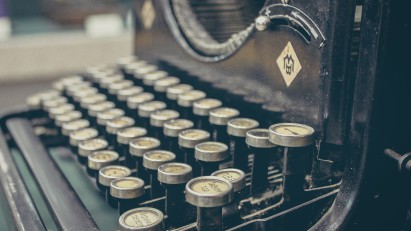 Whose agenda? Power and philanthropy in Africa

Poverty and wealth in New Orleans

A view from the other side

What about Small Data?

Heron Foundation stakes everything for mission

Response to Matthew Bishop: Are public perceptions of philanthropists changing?

As Matthew Bishop astutely notes in his article in the June issue of Alliance, the political environment may alter how prominent …

The actual impact will be critical

Looking at Brazil, one of the countries mentioned in Matthew Bishop’s insightful article, there are high expectations that a growing number …

As the profile of philanthropy by ultra high net worth individuals (UHNWIs) has increased in recent years, sparked by highly …

A perplexing set of tensions

The times they are a-changin’

In Anthony Tomei’s brilliant piece on ‘Changing roles in a changing world’ in the June issue of Alliance, he makes the point, …

A breakthrough on climate?

US foundations: aligned or segmented?

Civil Society in China: The legal framework from ancient times to the ‘New Reform Era’

Slow Investing: How your money can transform the world