Advisers’ Perspectives – What is success for a philanthropy adviser? 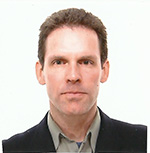 Constraints against foreign funding are on the rise. Law is the tool of choice to impede the flow of funds across borders. Since January 2012, more than 20 countries have proposed or enacted legal measures to curtail foreign funding to civil society organizations (CSOs). From Azerbaijan to Zimbabwe, governments are using the law to stifle the flow of external giving.

Since philanthropic giving is vital to civil society,[1] this latest wave of constraints poses a fundamental challenge. Fortunately, we are witnessing formidable responses at the global, regional and country levels. This article will explore the nature of the challenge and consider some of the responses. 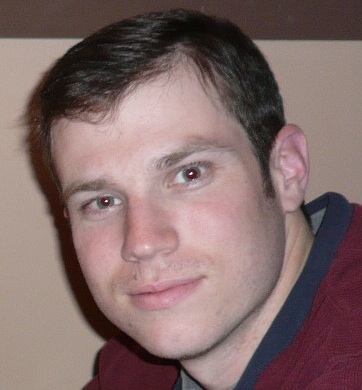 Legal constraints on cross-border funding
In July 2012, Russia enacted a law requiring any CSO that receives foreign funding and conducts ‘political’ activities to register as a ‘foreign agent’, a label that in the Russian language connotes ‘foreign spy’.[2] According to some Russian scholars, the phrase is ‘just a breath away from the Stalinist “enemy of the people”’.

Since the law’s enactment, Russia has carried out a ‘shock and audit’ strategy, carrying out surprise inspections of more than 200 CSOs. The first conviction under the law came in April 2013 against the election monitoring organization, Golos. But inspectors are targeting not only groups engaged in election monitoring and human rights but also organizations promoting anti-discrimination, defending the rights of cystic fibrosis patients, and running parks for cranes and storks.

There is concern that other countries may follow the Russian example and seek to stigmatize foreign funding. In May 2013, a Russian parliamentary delegation visited China and reported that the Chinese Parliament is studying how Russia penalizes CSOs receiving foreign funding and that China is also concerned about CSOs operating as ‘foreign agents’.

Certainly, Russia is not alone in imposing criminal penalties on CSOs and civil society activists who violate restrictions surrounding foreign funding. In December 2012, Belarus imprisoned Ales Bialiatski, director of Viasna Human Rights Centre, for receiving foreign funding in bank accounts outside Belarus to support human rights activities in Belarus. And most recently, in June 2013, a criminal court in Egypt sentenced to prison 43 CSO employees on charges that included receiving foreign funding without permission. The court specifically noted that the foreign funding was intended to ‘undermine Egypt’s national security’.

The legal requirement to secure government permission prior to receiving foreign funding, long practised in Egypt, arises in many other places also. In Bangladesh, for example, organizations seeking foreign donations must first register with the NGO Affairs Bureau and then secure individual project approval from the Bureau for each project supported by foreign donations. And in Sudan, in May 2013, the government regulatory body announced a new policy that requires CSOs to secure approval not only before receiving foreign funding but also before seeking foreign funding. Moreover, the regulatory body in Sudan grants approval only for humanitarian services, not for advocacy, public awareness or human rights training activities.

Indeed, legal restrictions often limit the purposes that foreign funding can be used for. In some cases, the restriction is vaguely worded. For example, in 2010 Venezuela passed the Law for the Defense of Political Sovereignty and National Self-determination, which prohibits foreign funding to ‘organizations that defend political rights’ without defining those terms. In some cases, the vaguely worded restriction is linked to a specific foreign source. For example, the ‘Anti-Magnitsky Law’, enacted in Russia in December 2012, allows the government to seize the assets of Russian CSOs that carry out undefined ‘political activity’ and receive funding from US foundations, individuals or entities.

In other cases, the restriction more clearly lists the restricted purposes. For example, in Ethiopia, CSOs receiving more than 10 per cent of their total organizational income from foreign sources may not pursue human rights, the rights of children and the disabled, gender equality, good governance and conflict resolution, or the efficiency of the justice system.

States rationalize these restrictions as necessary to counter terrorist financing, ensure CSO accountability and transparency, safeguard state sovereignty and ensure aid effectiveness, among other justifications. The UN Special Rapporteur on the rights to freedom of peaceful assembly and of association has denied that state sovereignty or aid effectiveness are legitimate grounds for interfering with the freedom of association. Even potentially legitimate government interests, such as counter-terrorism or CSO accountability, cannot be used as a pretext to silence dissent or limit independent CSOs.

Responses
However, efforts are being made to formulate a meaningful response to the challenge posed by the wave of constraints against foreign funding. And progress is being made.

At the global level
As an initial step, it was important to define international law governing cross-border funding. To meet this challenge, the UN Special Rapporteur on the rights to freedom of peaceful assembly and of association, in a report submitted to the UN Human Rights Council in May 2013, affirmed that the freedom of association includes the ability of associations ‘to seek, receive, and use resources – human, material and financial – from domestic, foreign, and international sources’.[3]

Besides the UN, multilateral bodies are increasingly recognizing the importance of defending civil society. For example, the Community of Democracies has established a Working Group on Enabling and Protecting Civil Society, which issues calls to action relating to draft legislation threatening to restrict civil society.

A less explored tool to combat foreign funding constraints is Bilateral Investment Treaties (BITs). CSOs may be able to seek remedies when governments breach BIT obligations and interfere with the transfer of funds to CSOs.

At the national level
ICNL is supporting law reform at the national level as well. As one example, in Afghanistan, the National Assembly recently enacted a new Law on Social Organizations that affirms the right of associations to receive funding from foreign sources.

The wave of constraints aimed at restricting funds to civil society is not confined to any one country or region. It is a global phenomenon. Moreover, the legal constraints affect a wide range of potential CSO recipients, ranging from those seeking to advance human rights and good governance to those engaged in promoting the Millennium Development Goals (MDGs). As evidenced by the responses at the global, regional and national levels, the philanthropic community is confronted with a unique opportunity to shape international norms in a way that will defend civil society and its access to funding.

2 Although Russia justifies its law in part through comparisons with the US Foreign Agents Registration Act (FARA), the US FARA is significantly narrower in scope and it has not been used to support a criminal conviction since 1966.

David Moore and Jacob Zenn are vice president for legal affairs and legal advisor respectively at the International Center for Not-for-profit Law. Emails david@icnl.org.hu and jzenn@icnl.org

No time to falter: foundations in a changing landscape