An online platform in the UK is using mass ‘democratic’ philanthropy to provide access to justice and offering the possibility of effecting social change through the courts. Started in 2015 by lawyer Julia Salasky, CrowdJustice provides a means for people who might not otherwise get their case heard to raise money through crowdfunding to pay for legal representation and court costs.

As long as applicants meet specific criteria, including already having a lawyer (the site itself doesn’t offer legal representation or advice) and proof that their case affects the wider community, they can apply to be featured on the site. Donors can then make pledges and – only if the total goal is reached – the cash is deducted from donors’ cards and deposited with the case’s legal representative. CrowdJustice takes a 5 per cent fee from donations for its costs. 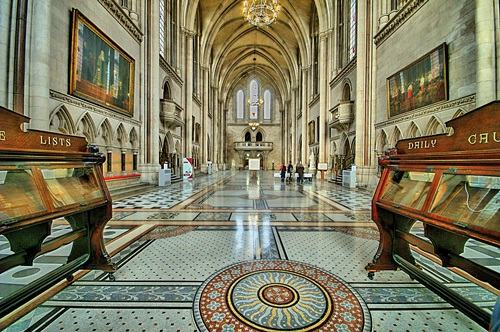 Among the cases the platform has attracted is a campaign for reforming the law of ‘joint enterprise’ under which a person can be found guilty of a crime committed by someone else. One of the effects of the law is that people from black and minority ethnic backgrounds are disproportionately prosecuted for violent crimes. The campaign has raised £10,000 in donations for legal assistance. In another case, a group is trying to raise funds to fight the extension of a local landfill site that processes toxic waste.

CrowdJustice is ‘emphatically not a substitute for legal aid’, says Salasky, but ‘access to law for vulnerable people really is in jeopardy’, and access to the courts ‘is a fundamental social good and democratic right’. Ultimately, she believes, crowdfunding like this empowers individuals and communities to do something that can achieve social change through the law and ‘that’s an extraordinary thing to be able to do’.

Justice through crowdfunding, and legal aid. It's great to see websites like this, which can raise funds, gather support and increase public awareness on legal cases. There are many people looking to create and start crowdfunding campaigns like this. I think people can build interesting cases and raise funds with crowdfunding.