In November, the city of Detroit emerged from the largest municipal bankruptcy in the history of the United States. A key part of the city’s deal with its creditors, generally termed ‘the Grand Bargain’, hinged on commitments of $366 million from a group of foundations to shore up the city’s finances. It’s certainly unusual for foundations to commit to paying a government’s bills. But the foundations’ commitment to bailing out Detroit has also been hailed as a ‘new kind of philanthropy’ and an example of foundations ‘taking more and different kinds of risk’. Is it? That depends on what perspective you bring to the details.

$366 million is certainly a large amount of money. But it is far from unprecedented or even really new. First, it’s important to note that the commitments are over a period of up to 15 years (though different foundations may pay in their commitments at different rates). So rather than looking just at the overall figure, it’s helpful to think of the commitment as somewhere between $25 and $30 million a year.

According to the Foundation Center, the 11 largest givers just to organizations within Detroit’s city limits (not including the suburbs, which has a larger population than Detroit itself; or to organizations with HQs elsewhere but for use in Detroit) provided $512 million in the six years to 2012. In other words, $85 million a year.

Several of the foundations involved in the new Detroit commitment have said that their new pledge is in addition to their other commitments. However, I haven’t been able to find an explicit statement from any foundation that they will spend more than the 5 per cent of their corpus mandated by law, so hopefully you’ll forgive me if I wait to see that actually happen before I believe it. Truth be told, I wouldn’t believe it even with an explicit statement until I actually saw it in the numbers 15 years from now.

Foundations giving large amounts of money to a city to pay for retired workers’ pensions, which the funds are earmarked for, is certainly new. But the details can also provide a different view. A major component of the Grand Bargain is permanently preventing the sale of the Detroit Institute of Arts’ (DIA) world class collection. The DIA was owned by the city; the city’s initial plan to emerge from bankruptcy involved selling off a large part of that collection to raise funds for pension obligations. Now that can’t happen. So while the foundations’ funds are technically going to pay for pensions, it is also true that the foundations are underwriting a major art museum – which looks a lot more like ‘old philanthropy’ than ‘new philanthropy’. 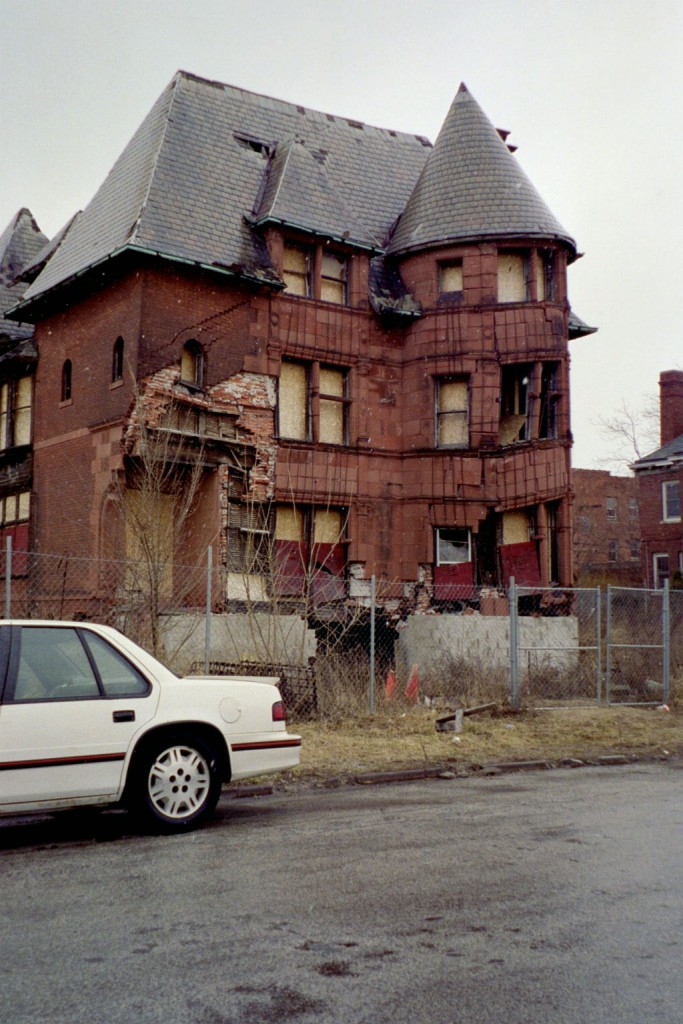 Propping up the Detroit city government is certainly risky. While the Grand Bargain allowed Detroit to emerge from bankruptcy, it doesn’t solve Detroit’s issues. The city needs to make $500 million in annual contributions to its pension fund, twice its recent annual income tax collections. The annual commitment from the foundations doesn’t meaningfully close the funding gap.

Still, the foundations have taken a lot of steps to protect themselves from risk. First, there is the earmarking of the funds to pension contributions. So the money won’t actually end up in the city’s hands with any discretion. Second, the foundations aren’t disbursing all the money at once, so they have the ability to stop the flow if things go pear-shaped. Third, the foundations aren’t actually making the payments to the city but to a newly created operating foundation charged not only with handling the funds but also with overseeing the city’s compliance with its side of the bargain. Fourth, the new foundation also has placed an ‘observer’ on the board of the DIA to make sure that organization behaves as well.

With all those layers of oversight – very appropriate oversight – it’s hard to argue that the foundations are putting much money at actual risk (other than from highly skilled embezzlement, which is a possibility in any grant).

The bottom line is that the efforts in Detroit look like pretty standard behaviour from foundations but with a different shape from standard grantmaking. To their credit the foundations moved quickly into a situation that many grantmakers would not have even considered. And yes, the extent of cooperation between foundations and the municipality is unusual, if not unprecedented. But I don’t think it deserves to be called  a new kind of philanthropy.

Timothy Ogden is managing director of the Financial Access Initiative at New York University and a contributing editor to Alliance. Email timothy.ogden@nyu.edu

Lead image: in the lead-up to Detroit’s bankruptcy many industries closed down. Photo by Mike Boening Photography.

From the edge to the middle