Raising the bar for philanthropy

A time for thinking

I’m not a historian, but I know a few hundred years ago, you could just ‘hang out your shingle’ and be a doctor, or a lawyer, or … Well, the quality and standards of healthcare and law have steadily advanced since those primitive days. There is plenty to argue with in today’s healthcare system, but the quality (although maybe not the cost or accessibility) of healthcare has advanced to infinitely greater levels. One part of that is, of course, the standards, education and training that it takes to be a doctor. Or a lawyer, or … You can’t just hang out your shingle any more.

I’ve been reflecting on Melissa Berman’s piece in the September issue of Alliance about the philanthropy advice profession. Today, you can pretty much hang out your shingle and be a ‘philanthropic adviser’. I’m sceptical of instituting extensive regulations for the profession, but I do think putting oneself out there as a steward of such important assets as philanthropic dollars merits a much greater awareness of credentials and certifications. If a high net worth individual had better, recognizable information and ‘market signals’ to look for when making a choice about their philanthropic (not just financial) adviser, the quality of philanthropy itself would be advanced. The Chartered Advisor in Philanthropy (CAP) courses offered by The American College are a good step in that direction and hopefully not the last. 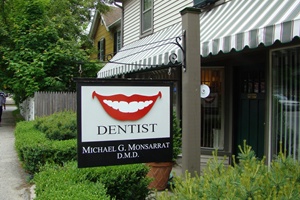 From my vantage point at Social Venture Partners (SVP), I also see the situation from the other side, from the perspective of non-profit organizations. The philanthropy market, in general, is very inefficient for non-profits. Being a philanthropist is certainly not a profession like being a doctor, lawyer or even philanthropy adviser, nor should it be. The practice of philanthropy should not be regulated. But we should also acknowledge that you can most certainly ‘hang out your shingle’ and call yourself a philanthropist and you’re in business.

That’s a problem for the non-profit sector. Don’t get me wrong – giving is a voluntary act. Any human being can make a decision to give, and the mark of a philanthropist should be much wider than simply how much money one has. But we could also make a significant step forward in the quality of philanthropy if we created some form of certification, or standards for what it means to be an effective philanthropist.

I know that definition will never be universally agreed on and I’m not suggesting anything mandatory or regulated. I am suggesting that a non-profit knows very little about someone who shows up to support it as a donor other than whatever it can glean from imperfect word of mouth. Think about how inefficient non-profits then have to be in terms of their resource and fund development. They essentially have to pursue most potential donors with the same level of effort and time until they learn a lot more. The inefficiency in that market is very high.

What if there were voluntary certifications that a philanthropist could attain that showed their level of experience, training or education? Since educating and empowering philanthropists is what we are about, SVP might partner with the University of Washington, for example, to create a certificate programme in philanthropy: if a person took X classes and went through Y experiences with SVP (or maybe Z class with The Philanthropy Workshop), they could be a ‘certified philanthropist’.

Maybe there could be a few levels of certification, based on degree of experience and education. That still wouldn’t tell a non-profit much about the quantity of a philanthropist’s financial capital, but it would tell them a lot more about the quality of their human capital. The market would still be inefficient in many ways for non-profits, but we could steadily raise the bar for the practice of effective, thoughtful, informed philanthropy, as well as giving something tangible and rewarding for some philanthropists to strive for. There are an increasing number of programmes at universities and elsewhere for people wanting to become non-profit professionals and directors, so why not the same for the other side of the market?

The practice of professional philanthropic advice should have more avenues for certification and other ways of manifesting the quality of advisory services. I’d also like to see some steps in the same direction for being a philanthropist. I think non-profits would value it nearly as much as any patient in need of medical care does today.