The holy grail of ‘impact’

If philanthropy books are a bubble …

‘With money tight, top philanthropists insist on more bang for the buck’ reads a recent headline in Barron’s business magazine.[1] These days, to read Barron’s and many other business publications, one would think that at last the key to great philanthropy had been found.

What is that key? Ostensibly, it is impact – more bang for the buck, or results-oriented investment in the social world. It sounds pretty good, a definitive way of describing the good that a philanthropic investment is doing. That is, until one begins to ask what impact is exactly, and how it is to be assessed.

The concept of impact is based on a metaphor – that of a force crashing into a resistant substance, resulting in some kind of movement. But this metaphor oversimplifies the process and belies the enormous complexity of the cultural and political factors involved in social change. Beyond the interaction of innumerable variables, many of which are unpredictable and random, and very long timescales lie deeper complexities of competing value systems and subjective interpretations of the ends of social action.

The practice of philanthropy is inextricably entangled with these complexities. Philanthropists aspire to assist those in need or strengthen programmes that will lead to improvements in the human condition. In doing so, they become participants in the intricate dance of social change. Rather than viewing themselves as business investors who inject funds with a single-minded aim of producing a product (and ultimately a profit), those who engage in philanthropy will do better to understand themselves as part of the give and take of social agenda-setting. In other words, less as bankers and social engineers and more as civic actors among other civic actors.

A simple example: the philanthropically supported programme (later extended by the Kennedy Foundation) that brought Barack Obama Sr to the United States had the unforeseen consequence a generation later of making it possible for Barack Obama Jr to become President of the United States – a world-changing event. (Now that is impact!)  No doubt the donors who supported that programme in the 1950s thought good things would come of supporting promising young Africans in their pursuit of higher education in the US. But surely no one had the slightest idea that the son of one of those students would grow up to be the first African-American to hold the highest office in the land. And they certainly were not engaged in trying to assess ‘impact’ through the metrics of presidential elections.

A second example: for years, a few small foundations have been supporting the work of Compassion and Choices, an organization whose aim is to allow terminally ill people to have the right to physician-assisted death. Last year, the organization drew upon language on human dignity that had been inserted in the constitution of the state of Montana in the early 1970s (along with some later legislative language) to argue successfully a case before the Montana Supreme Court on behalf of the ‘right to die’. The court’s ruling in favour of their position will have national and international consequences. 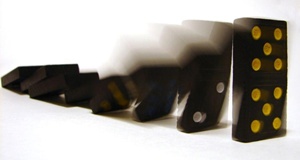 In both cases, the long-delayed but hugely important events related to earlier philanthropic contributions were the result of visionary support of people and ideas, not of investments targeted to produce specific impacts that might be calibrated against alternative investments in a given time period.

Thus, the list touted by Barron’s as ‘the 25 Best Givers’ offers the illusion of tough-minded ‘bang for the buck’ comparisons but is in fact no more valid than any number of other ways of describing philanthropic effectiveness. The problem with the list is not just the questionable assumptions behind its ranking criteria (as others have pointed out[2]) but that its fundamental premise is an empty shell of a concept – impact – in which layers of subjective judgements masquerade as rigorous analysis. (The article itself admits in a side comment that ‘by its nature, this exercise involves a lot of subjective calls’.)

There is no doubt that the donors in the Barron’s list are directing a lot of money to good causes (size seems to be one of the selection criteria), but it is a sham to suggest they are somehow to be ranked as the ‘top 25’ according to some mysterious ‘high-impact giving’ formula by which each dollar given is supposed to generate a minimum of ‘$3 to $4 of benefits’. To imply that such a method of making comparisons is a valid mode of impact assessment is not only indulging in fantasy, it subverts the efforts of those who are trying to do serious work in the field.

Bruce Sievers is a visiting scholar at the Center on Philanthropy and Civil Society at Stanford University. Email brsievers@onemain.com