In search of the ideal intermediary

The Third Force: The rise of transnational civil society by Ann M.Florini

The most recent Alliance Breakfast Club, held at St. Luke’s Community Centre in London, debated the tensions between philanthropy scholars and practitioners, as presented in the March issue of the magazine, guest edited by Marta Rey Garcia.

Alliance editor Charles Keidan facilitated a lively debate between panellists and audience members from  foundations, academia, and the non-profit sector. 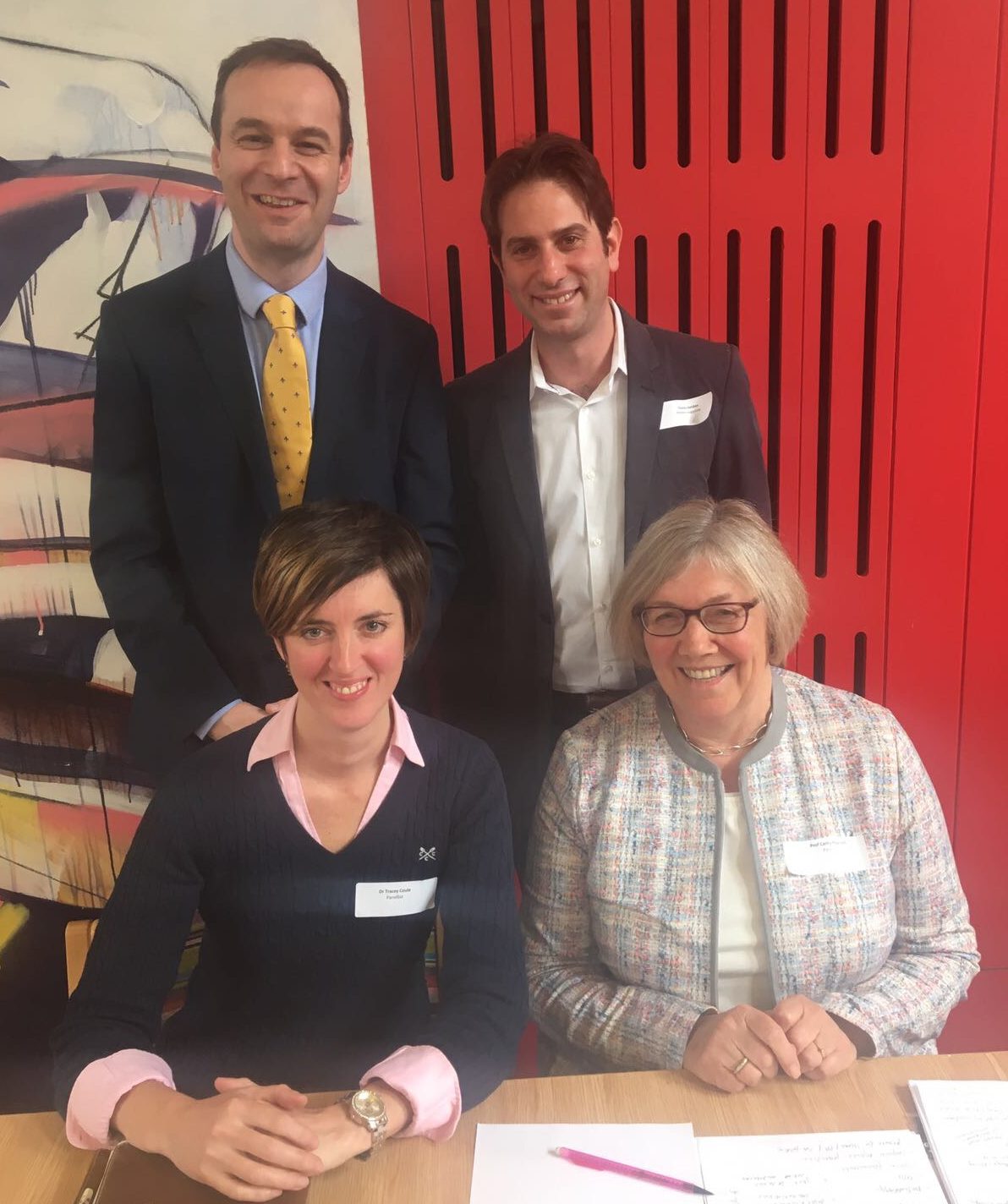 Reflecting of the range of philanthropic backgrounds present at the event, Charles was joined on the panel by Paul Ramsbottom, CEO of the Wolfson Foundation, a major funder of higher education in the UK; Dr. Tracey Coule, Research to Practice editor for Non-Profit and Voluntary Sector Quarterly and academic at Sheffield Hallam University; and Professor Cathy Pharoah, co-director at the Centre for Giving and Philanthropy and professor at City University London.

Translation is key
Tracey Coule kicked off the discussion by identifying various myths including the myth that theory and practice are mutually exclusive. She reminded participants that by definition, theory ‘is a system of ideas that are intended to explain something’. 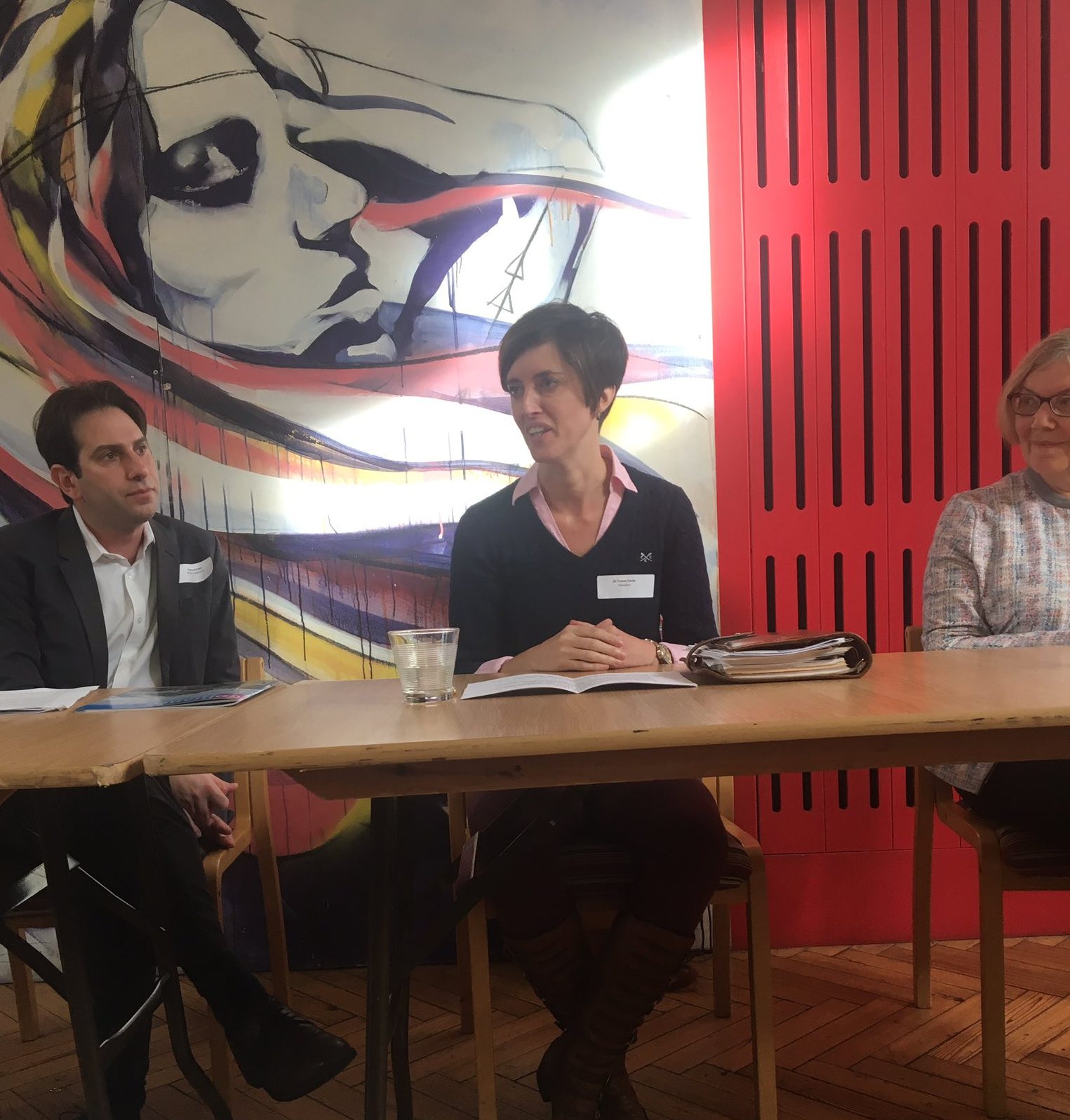 As theory relies on the observation of practice, it is clear that the two are interconnected and that these gaps ‘are not due to their inherent nature’.

The second myth is the perception that academics needs to choose between rigour and relevance. Despite growing pressure to publish in top-quality academic journals, Coule noted that these journals are not always the publications that have the widest reach or allow for the greatest impact. The key issue here is one of translation. She argued that a mutual dialogue is vital when speaking with multiple communities, but that our efforts should be focused on finding ‘better translations of that knowledge into distinct messages for distinct audiences’.

In defence of history
Paul Ramsbottom provided the audience with an explanation of academic history and what it offers to philanthropy scholarship and practice. 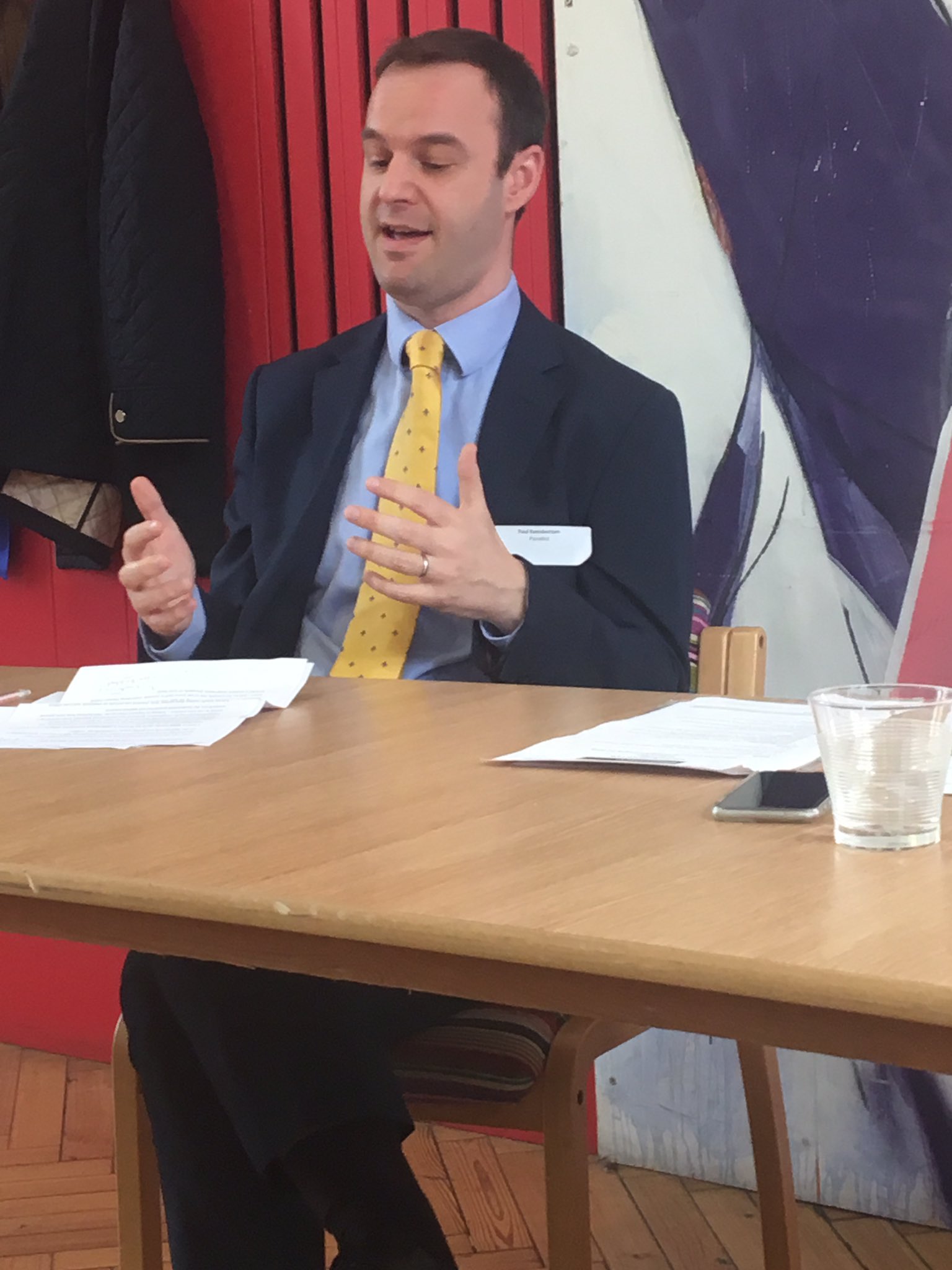 Noting that the greatest challenge for foundations is that of complacency, Ramsbottom identified three key concepts that history brings to the table: context and colour, empathy, and the opportunity to spot trends. By looking at a foundation’s archives, as many neglect to do, one is able to identify what types of decisions one should be making moving forward. As Ramsbottom put it ‘the only reasonable way to make a prediction about the future is to look at what’s happened in the past’.

Moving beyond history and into practicality, Ramsbottom remarked that academic research ‘holds up a mirror’ to foundations. By looking critically at their practices through increased transparency and making use of archives, we can create better bridges between research and practitioners. That said, Ramsbottom also noted the challenge of releasing more recent archival material from the foundation given that many of their grants are subject to confidential peer review processes.

Alliance editor Charles Keidan offered some comments on teaching philanthropy including the rise of various undergraduate, masters, professional training and doctoral studies programs that are gaining popularity  including courses on experiential philanthropy and effective altruism. Keidan also touched on why the disciplinary setting for these courses matter. Philanthropy lends itself to multiple disciplines and Keidan emphasized that the kinds of questions asked about philanthropy depend on the discipline in which they are researched and taught. For example, teaching about philanthropy would look different in a business school than on a political science curriculum. 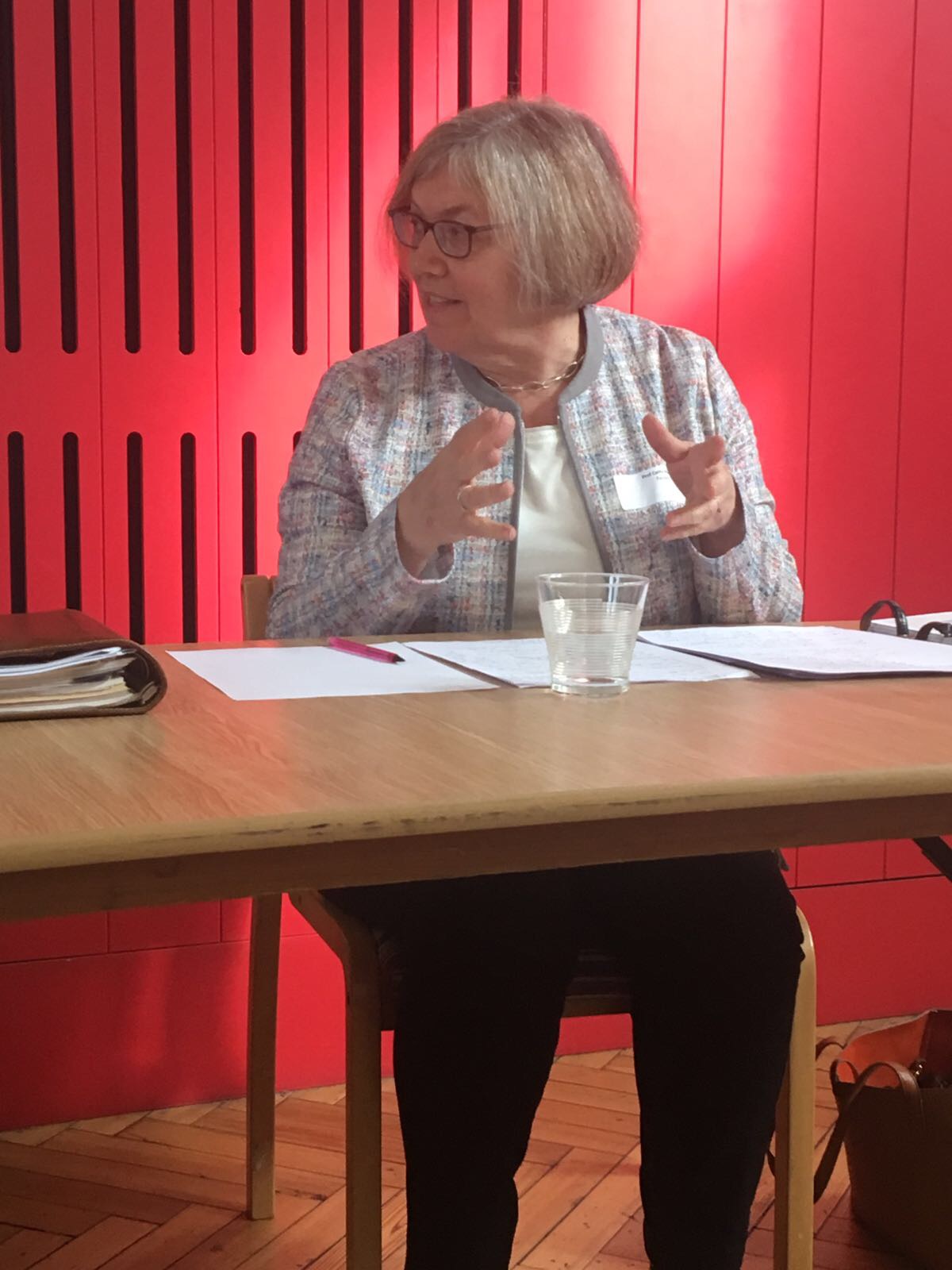 Cathy Pharoah spoke about her work with Cass Business School, the Pears Foundation and the Association of Charitable Foundations (ACF) on the publication Foundation Giving Trends.

Through explaining the difficulty in defining foundations, Pharoah found that data quality, dissemination of that data, and communication are incredibly important when attempting to discover not only what foundations are doing, ‘but also what philanthropy is worth’.

Pharoah also commented on the interdisciplinary nature of philanthropy studies. She argued that in developing the field, being clear about the definition is key. She added that philanthropy ‘doesn’t have to be a discipline in itself’ but rather it can be studied in many different places.

Summarizing the panellists’ discussions, Keidan noted that while philanthropy scholarship is gaining speed, massive challenges still need to be met.

Many thought-provoking questions ensued, sparking further debate between the audience and the panellists. One important distinction sought by Caroline Fiennes, director at Giving Evidence, was that of description and prescription. Pharoah and Coule both noted that descriptive research exists to explain what is going on but that prescriptive and normative judgements are necessary when making judgements about what foundations should do.

Philanthropy consultant Juliet Valdinger, brought up the discomfort among funders when academic researchers critique their work. In response, Ramsbottom emphasized that foundations should be more transparent but that there are ‘genuine issues of confidentiality in terms of decision making and the review process’. Pharoah highlighted the need for some established rules of engagement and a clearer vocabulary when working with foundations. This would help foundation practice to move forward, allowing researchers and funders to work together.

Anthony Tomei, former director of the Nuffield Foundation, ended with the observation that the key metaphor of ‘translation’ is stronger than the idea of ‘bridges’. Translation suggests that scholarship and practice are closely connected, though require careful consideration and communication through intermediaries in order to solve these tough questions, rather than simply building a bridge between two seemingly unconnected fields.

For more information on the divide between philanthropy scholars and practitioners, read the March 2017 issue of Alliance.

You can also watch the full discussion below.

Halie Dalton is a student at James Madison University, Virginia, and is currently editorial intern with Alliance.