Ford Foundation’s plan to issue debt intriguing for its novelty, though not ready to be replicated globally

Three signs of a scarcity mindset in your philanthropy

The Ford Foundation, together with several other large American foundations, announced recently a plan to issue debt to increase grantmaking – an unusual choice in the foundation world. Some have called the move groundbreaking, saying that the critical circumstances presented by the COVID-19 pandemic require creative solutions and more funding. However, there has also been criticism from those who worry about what it means for a foundation with a $13.7 billion endowment to borrow to increase its grantmaking.

As Alliance magazine prepares to launch its September issue on foundation investments, we wanted to know how this news was being received around the world. So, we reached out to a few members of the Alliance community and asked if this was a conversation happening in their own regions and what they thought generally about Ford’s news.

Below is a collection of responses. 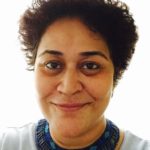 There has been almost no coverage of the Ford Foundation’s funding announcement in Indian news media. While the news has sparked some conversation in philanthropic circles, it has not, as far as I’m aware, provoked any serious rethinking of grantmaking plans in India. There has been more interest in the innovation aspect of the move than the doubling down aspect.

Most Indian foundations are not endowed, and we do not have a minimum disbursal law for those that are. Indian businesses are required to donate 2 per cent of their net profits to social causes, and it’s possible that some businesses will exceed that percentage this year. Much of that increase, however, has taken the form of contributions to a new fund initiated by the Prime Minister called the PM-CARES Fund. The outlook for next year looks bleak with most forecasts projecting a significant (up to 50 per cent) reduction in corporate giving as profits fall. It’s also noteworthy that very few Indian philanthropists responded to a call for a pledge on the lines we’ve seen in the US, UK and Europe. CSIP’s own survey of nonprofits suggests that most Indian donors have not reached out to grantees to discuss changes to their plans or their ways of working. Decision making is reported to be particularly slow among Indian grantmakers. International donors, on the other hand, are reported to have been highly proactive in their outreach, communications and grantmaking.

More than anything else, Ford’s move has a strong signalling effect to the field. It raises the ante for foundations, communicates the urgency and demonstrates the feasibility of stepping up to the challenges confronting our societies by operating counter-cyclically. 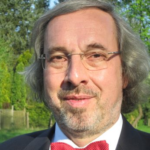 The announcement by the Ford Foundation and several other US foundations has not featured widely in recent German debates on the consequences of the COVID-19 crisis. To my knowledge no German foundations are considering anything similar.

Instead recent data from a Centre for Social Investment online survey mapping the impact investing market in Germany suggest that German foundations, together with a number of family offices, are playing a leading role in the dynamics of this market segment. They are increasingly investing their assets in this segment and the market has multiplied in the last five years.

Three results stand out: Impact investing portfolios have shown to be more resilient in the crisis; actors see the crisis as a driver to strengthen their impact investment engagements as well as the market segment; and many investors have taken extra support measures for their social enterprise investees. 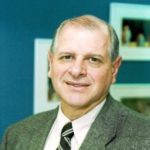 The Ford Foundation announced the successful conclusion of a $1 billion social bonds offering with 30- and 50-year maturities, a capital markets transaction frequently used by governments and companies but extremely rare for nonprofit groups. Four other influential foundations in the US quickly replicated the same intention. The Brazilian donor community appreciated the novelty of Ford’s plan, and looked for detailed knowledge about it and the possible application to our reality.

Bond offerings issued by foundations, endowments, and nonprofit entities in capital markets transactions have never happened in Brazil and will likely not happen in the short term. First, Brazilian securities laws only allow for-profit public companies to issue bonds and other debt securities. Capital markets debt issuances by foundations, endowments and nonprofit entities would require an amendment to the existing Brazilian securities regulation or an ad hoc registration exemption from the Brazilian Securities & Exchange Commission. Second, foundations and endowments in Brazil are few and very small, and their net worth and portfolios do not provide good credit quality and translate into low credit ratings by the independent rating agencies. Third, Brazilian endowments are still largely invested on low-risk fixed income securities (government and investment grade bonds) and present little appetite for more innovative debt issuances like the social bonds.

The Ford Foundation debt is ‘social bonds’, the proceeds of which will be earmarked for grants that advance environmental, social, and corporate governance goals, according to Wells Fargo, the lead underwriter. It will not come as a surprise if Brazilian financial corporations and wealthy individuals interested in socially responsible investments end-up investing in such bonds to benefit US philanthropy. We hope that the Brazilian regulators, investment banks and legal advisors will turn their attention to making the necessary legal changes to allow foundations, endowments and nonprofit entities to issue social bonds and foster Brazilian philanthropy.

I was particularly struck by this announcement during COVID-19. While this decision was probably in the making before, it’s an excellent example of the kind of innovation the sector needs to stay relevant and play a greater role in funding the SDGs. While we were heading in this direction anyway (notably with more focus on innovative finance), COVID is forcing everyone to up their game. If we thought delivering on the SDG’s was going to be a challenge pre-COVID, now is not the time for business as usual. We need radically different game-changing solutions and catalysts for a paradigm shift in the way we fund social value creation. While in the past we might have tried to secure more funding partners or tinkered with funding instruments, a complete re-think of how we leverage existing foundation assets and engage with the commercial capital markets is long overdue. Philanthropy cannot be a simple ‘add on’ – something that capital markets do once mainstream risk-return targets have been met. Instead, we need to transform capital markets so that social outcomes are as valued as much as commercial returns. This is a bold step that I hope encourages others to explore hybrid models and serves to further eat away at the barriers between social and commercial value creation. 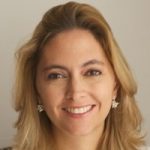 In Latin America, this announcement went mostly unnoticed, except for some foundation leaders who are closely connected with or follow developments in the US and the impact investment community. We expect this will get more attention in the coming months as foundations across Latin America start pivoting from short-term emergency relief to figuring out how to rebuild after the devastation created by the pandemic.

A relatively small number of foundations that we know of are having this conversation, but those who do are showing great interest. The concept of innovative finance is in fact, something that we are very actively promoting in Latimpacto, the nascent network of venture philanthropy (following the role model of EVPA & AVPN).

We have found that some foundations are keen to figure out innovations both, in the way they invest their resources and in how to access more capital, but it is still early days for this topic in the region, and the local financial markets are of course also not as developed as those in the US. We will definitely promote further this discussion in Latin America, by drawing from learning internationally – not only from the US but also from our sister networks in Europe and Asia and Africa.

The strategy of the Ford Foundation of looking for innovative ways to increase the available capital that could be distributed as grants for the SPOs is interesting and challenging. I firmly believe that social investors should use and deploy in a more strategic way their capital to maximise their impact. The Ford Foundation’s financial strategy is an opportunity to leverage its assets for more grant-giving, avoid eroding their endowment, and also to professionalize the social sector.

Through Latimpacto, we are seeking to promote the exchange of knowledge on the most innovative and effective models of reinforcing the foundation’s capabilities, social investment, management, and impact measurement and by facilitating connections for greater collaboration and co-investment. The bond-issue for more grant-making obviously implies inevitable trade-offs and had been controversial in some quarters given other options that Ford Foundation could have considered. No matter what side you take, a robust discussion on how foundations leverage their capabilities for more impact is necessary, and we welcome Ford Foundation breaking new ground in showing one way of doing so at a time of crisis. 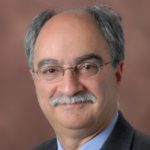 Foundations in the Arab region are careful that their assets need to be protected and invested in low risk instruments. Borrowing as such or issuing bonds is an area typically avoided, though I know of a few foundations that borrow to cover costs while certain investments are maturing. In a way, it is safe borrowing since return on exiting investment is assured.

My opinion is that it is worthwhile considering borrowing (or issuing bonds) to increase annual pay-out to beneficiaries of a foundation, considering the existing low interest rates and if return on endowment being invested is bringing a higher level of income. The risk side need to be mitigated carefully to avoid risking the endowment, as was the case with some foundations during the financial crisis of 2008.

With interest rates low, issuing bonds or borrowing has become similar to a mechanism of funding social investment that exists in the Arab region called ‘ALQard AlHasan’. This is a socially motivated credit given by a philanthropist to a foundation or NGO to fund social programs with the condition of returning the capital after a fixed agreed upon period (5 to 10 years normally) forfeiting interest charges, meaning a zero-interest rate. I used this mechanism in the late ‘90s to increase the capital of Tadamon, a Microfinance institution (MFI) that I helped to set up, to support women from poor neighbourhoods in Cairo, Egypt. A loan of $300,000 was made available for 5 years from a philanthropist in Kuwait to increase capitalization for Tadamon. Though the decision was made reluctantly due to the risk involved, but it turned out to be a very wise decision. Tadamon now is the largest MFI in Egypt. ‘ALQard AlHasan’ though possible, it is shunned when in cash form by many organisations due to the risk of not being able to pay back the loan. It’s more typical to see in the form of, for example, making a property available to be used for 10 years and benefiting from income generated by such property.