Next stop for venture philanthropy

Prime example of excessive spending on overheads or candidate for greatness: which is the Ford Foundation?

When the European Venture Philanthropy Association (EVPA) was set up in 2004, venture philanthropy seemed like a vogue – a novelty embraced by the financial industry, whose precepts it drew on, but that the rest of European philanthropy viewed equivocally. It has proven more resilient – and more popular – than its critics anticipated. There are venture philanthropy associations in Europe, in Asia and there will shortly be one in Africa. This durability is partly a result of its ability to create as well as to satisfy an appetite, and to its adaptability.

Why was its European reception so tepid? A brief incarnation of the idea in the US had received a mixed press. Its early European proponents tended to define it by comparing it with what they termed ‘traditional philanthropy’.

This suggested a dichotomy that didn’t really exist and, worse, the comparisons never seemed to favour the ‘traditionalists’. I recall hearing at a conference the then head of a UK venture philanthropy fund describe the approach of traditional grantmakers as ‘spraying and praying’. Naturally, this didn’t endear her to the sprayers and prayers sitting in the audience.

It’s fair to point out, though, that EVPA and its founders never took that line. On the contrary, they have always stressed that cooperation, rather than conflict, is crucial to venture philanthropy’s success.

‘Our breakthrough,’ believes Doug Miller, one of the founders of both EVPA and subsequently of the Asia Venture Philanthropy Network (AVPN), ‘was identifying the seven silos of foundations, corporates, wealthy individuals, private equity firms, professional service firms, universities and governments.

They all have a stake in addressing social issues and we thought that collaboration between these groups and cross-fertilization of ideas was important.’

In fact, both traditional and venture philanthropists realized that their approaches were not so far apart as had been first supposed.

‘Venture philanthropy has certain basic tenets, but the actual practice depends very much on the culture’ 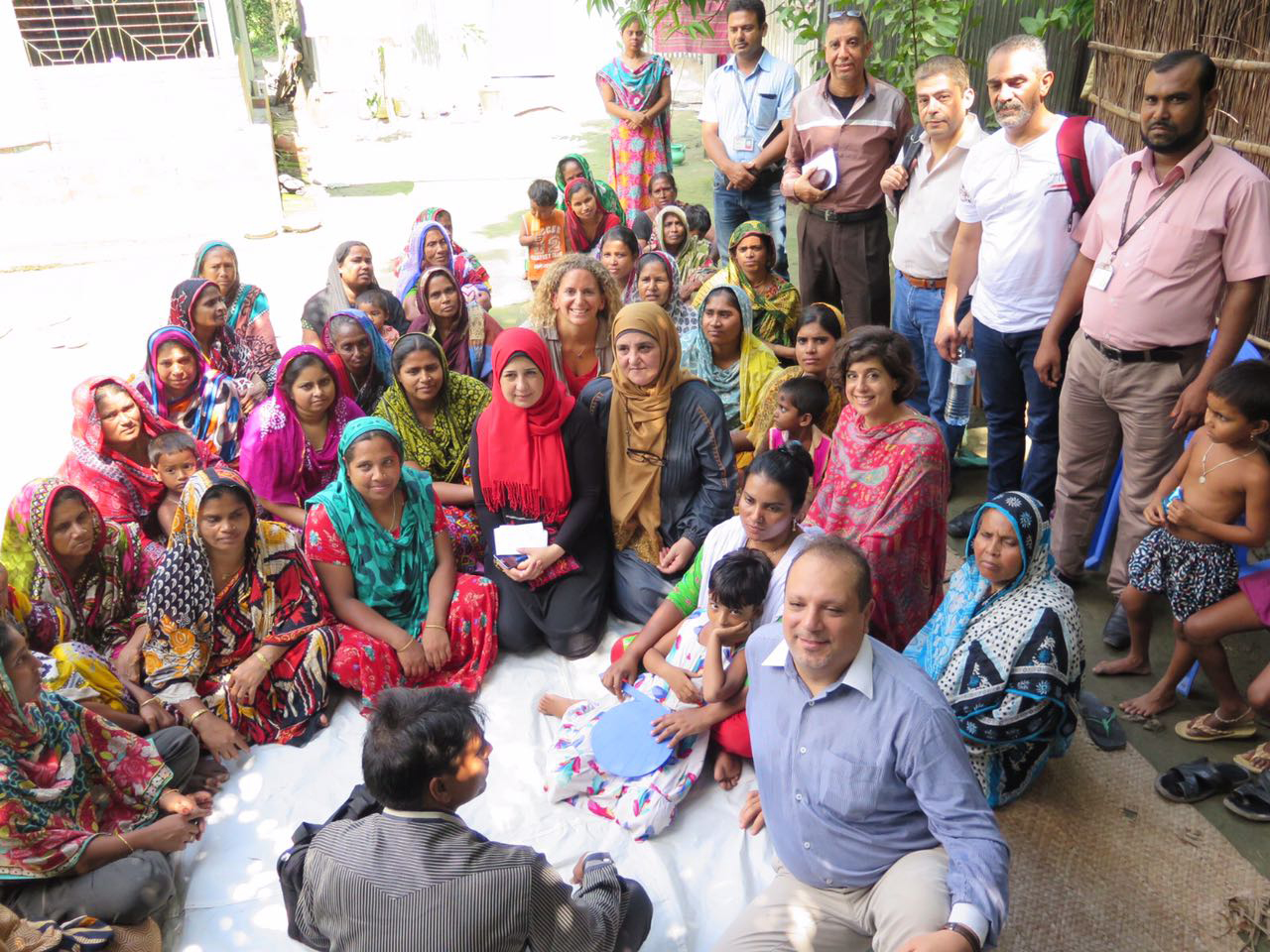 Foundations who had been adopting a strategic approach to their grantmaking had been playing a long game with their grantees and looking for ways to demonstrate that what they did was effective for a long time.

The EVPA grew rapidly and began to recruit members from among what Luc Tayart de Borms of the King Baudouin Foundation (KBF) in Belgium describes as classical foundations, who saw the utility of the basic elements of the venture philanthropy approach.

Degrees of latitude
Another reason for this growth may lie in the fact that, as Miller puts it, ‘venture philanthropy has certain basic tenets, but the actual practice depends very much on the culture’. This is illustrated by KBF itself which started its own venture philanthropy fund.

Tayart de Borms explains its genesis: ‘Government support [for the NGO sector in Belgium] has been moving away from structural funding toward project funding’ with the result that the business model of a lot of NGOs was under threat. He insists, though, that the fund is not a ‘benchmark’ venture philanthropy fund. ‘We are not dogmatic about the concept as it is used in other countries, so we do it in the way we do it – long-term support, looking at leadership, and strategic support, which means not only money but consultancy. Those for us are the three essential elements.’

What you do, not what you’re called
If venture philanthropy has been modified in practice as it has spread throughout Europe, that’s even more true of its extension to Asia. There are obvious elements of continuity – Doug Miller was instrumental in setting up both EVPA and AVPN and the basic venture philanthropy formula remained in place.

However, Naina Subberwal Batra, CEO of AVPN, feels: ‘The term venture philanthropy and the definition of it is still very new and a bit troublesome in Asia. People don’t understand it and they are intimidated by it. What we have tried to do therefore is look at it much more as a practice, rather than defining organizations as either venture philanthropy organizations or not.’

Though the name might not resonate, the attributes do. Instead of just practising benevolence, an increasing number of Asian donors ‘are looking at opportunities to transform and to scale up. That can only happen if you are using the approaches that venture philanthropy talks about so people are saying “OK, before I go into an investment or give you money, let’s set up some KPIs (key performance indicators), what does success really look like? How can I support you, not just in terms of money, but non-financial support?” – that’s definitely happening,’ says Batra.

‘The term venture philanthropy and the definition of it is still very new and a bit troublesome in Asia. People don’t understand it and they are intimidated by it.’

If it’s the same approach with a different name, how much else has changed? ‘Initially, we took a lot from EVPA,’ says Batra, ‘now I think it’s very little. AVPN has matured and in terms of membership size and membership make-up, we’re very different… our members are more nimble and because their businesses are cross-border… they are happy to take their philanthropy to different markets. It’s a very vibrant and high-energy environment. I think people here are much more… willing to explore because they’re doing something new and will try things.’

Bernard Uyttendaele also nods to the central infrastructural role of AVPN: ‘The main difference is the ecosystem we work in… the philanthropy market in Europe is more evolved and supported but also more legislated both at EU level and national levels. In addition, Asia is a bigger continent, and AVPN needs a more diverse expertise depending on the region it serves.’

It would be easy to overstate the differences in approach, however. Notice that while the term has no real resonance in Asia, what Doug Miller calls the basic tenets do, and these remain fairly constant.

‘Asia is a bigger continent, and AVPN needs a more diverse expertise depending on the region it serves.’

Its founder, Tarek Ben Haim, didn’t know that what he was doing was called venture philanthropy, says Chahine, he ‘simply wanted to apply the same business practices that he used in his work in the private sector towards achieving social change and development for the Arab region’.

Threadcraft India, a social enterprise showcased at the AVPN conference.

So within the prescribed structure of the venture approach, it has proven adaptable. Does it have limitations?

Bernard Uyttendaele concedes: ‘Human rights in certain parts of the world rely mostly on grants, and it will always be challenging to reach financial sustainability. The same goes for academic research, arts and culture – we still need to develop them, but there is rarely a need for a venture philanthropy approach.’

‘We didn’t start from a growth obsession. Often success for venture philanthropy funders is expressed in numbers of jobs or people served and so on.’

Doug Miller feels that the approach ‘can apply to any social subjects from health, education, children, environment, older people, recidivism, economic inequality, etc… I’m not aware of a place where it would be unsuited’.

His view finds support from Luc Tayart de Borms. KBF’s venture philanthropy fund offers support to groups working on environmental issues, one of the areas where it has been generally supposed to have reached its limits.

Two things allow KBF a relatively wide reach. First, the emphasis of its venture philanthropy fund on organizational development, and second, the fact that as Tayart de Borms puts it: ‘We didn’t start from a growth obsession. Often success for venture philanthropy funders is expressed in numbers of jobs or people served and so on. It’s not that we don’t use KPIs like these but we also have qualitative KPIs, so for us it’s not linked to purely quantitative impact. If you think about governance, it’s very difficult to have quantitative measures.’

Doug Miller acknowledges that ‘perhaps the biggest change is around social investment ie the majority of the money deployed by our members is still in grants or soft loans but there’s more of a concept over the last three to four years of using blended finance and more of a move towards seeing how social purpose organizations can generate earned income at least for a portion of their activities’.

Teresa Chahine also notes: ‘Ten years ago, the large majority of financial instruments in our portfolio were grants, with the exceptional loan. Today, we’ve integrated loans into our long-term strategy as a requirement for all investees at some stage in the investment cycle, and we’ve just begun our first equity investment.’

Both she and Tayart de Borms talk of the need for a group of funders beyond the customary venture philanthropy constituency, ‘a pipeline of different approaches that can serve diverse social change ventures at different stages in their lifecycle,’ as Chahine puts it. ‘You have to recognize that no social investment can be successful without grants but that doesn’t mean that the social investor has to give it,’ says Tayart de Borms. ‘Somebody else can give it so you need an ecosystem that brings all the elements together.’

All this means is that venture philanthropy can’t operate in isolation – the idea that EVPA began with – and that, in a swiftly changing landscape, it may need to adapt, something it has proved itself able to do.

To this end, AVPN is currently working on the notion of ‘the continuum of capital, showing how each different form comes at a stage in an organization’s life and how these different stages build on each other’.

Whatever its form, it seems certain its members will put their own distinctive mark on the idea. Meanwhile, venture philanthropy and its votaries have been and continue to be at the forefront of a trend for the wider use of financial and other resources to affect social change. It will continue both to influence and be influenced by the circumstances in which it is adopted.

In Europe, attitudes to the concept have moved from ambivalence to acceptance. It’s part of the mainstream of practices that those working for social change can apply. In Asia, it’s about actions, not names, and whatever its status or its label, few are likely to disagree with the underlying aim as stated by Naina Subberwal Batra: ‘Our mission is to look at increasing the flow of capital to the social sector and, equally important, making sure it’s deployed in as strategic a manner as possible.’