Payouts ensure philanthropy is not MIA

What happens to the rest of it? How foundations make investments

Sistema B wants to bring a new meaning to success in business: we envision an economy where success is measured by the wellbeing of people and planet, and not just by financial profits. This is a systemic change, and it requires a shift in the dominant narrative. How do we propose to spark this cultural transformation? Our port of entry to the system, the acupuncture point for unleashing this change, is the most relevant player in the economy: business. 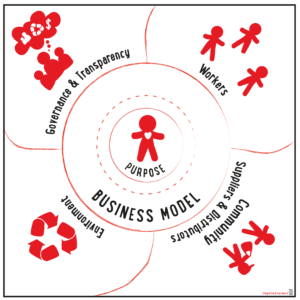 Sistema B supports a new player – the B Corporation or B Corp – which is a concrete tool for innovation: private companies that generate public good and profits for shareholders. But the sum of these individual players is not enough. If we are to achieve a cultural transformation, we require a multidimensional strategy that supports the development of an ecosystem where diverse players – customers, suppliers, academia, public policy makers, media and opinion leaders – have a new understanding of business success. Sistema B is an agent of change that will catalyse this process in Latin America.

We began operations in 2012, led by the four co-founders: Pedro Tarak, Maria Emilia Correa, Juan Pablo Larenas and Gonzalo Muñoz. Their aim was to support the development of B Corps in Latin America as part of a global movement. Together with B Lab USA, the non-profit that supports the B Corps movement in the US, we want to promote more and better B Corps, and to support the development of an ecosystem at local, national and regional levels.

Shareholders of B Corps redefine their purpose by incorporating their mission into the company bylaws. They comply with rigorous standards of management and transparency, and they commit themselves to continually improving their performance.

Sistema B was born simultaneously in Chile, Argentina and Colombia in 2012. Sistema B Brasil was launched in late 2013 and Uruguay in 2014. Operations will begin in Ecuador and Peru shortly. Of the world’s over 1,120 certified B Corps, in 35 countries, 10 per cent are now located in Latin America, where there are also more than 200 companies in the process of certification.

There are B Corps present in more than 60 industries around the world, from microbusinesses to multinational corporations with billions of dollars of annual sales. Some have created tremendously innovative business models, such as ‘life regenerating business’, whose purpose is the recuperation of degraded ecosystems and reconstruction of communities.

An interesting example is OVIS XXI, which has managed to regenerate more than 2.5 million hectares in Argentine and Chilean Patagonia, offering a sustainable solution that supports the international effort of the United Nations Convention to Combat Desertification. Ovis 21 is a B Corp dedicated to the regeneration of grasslands and increasing the profitability of businesses. It provides training, consulting and product certification services. As a hub of the Savory Institute, it specializes in holistic management and has great experience wth sheep and wool. It has developed and manages a network of innovative land managers, technicians and related industries to improve the economic, ecologic, social and human sustainability of families, businesses and communities.

In addition to its work in Latin America, Sistema B actively collaborates with B Lab to promote the B Corp movement in Europe and Oceania, the aim being to generate a global paradigm shift. Sistema B works through building alliances with other players, promoting communities of practice that achieve synergies across diverse players, and the creation of dedicated actors, new Sistema Bs, at local and national levels.

Juan Pablo Larenas and Maria Emilia Correa are co-founders of Sistema B. Emails juanpablo@sistemab.org and mariaemilia@sistemab.org

Leading your horse to water: is innovation enough?