There’s no democracy without protest

Threats to the right to protest have caught the liberal funding community in the US unprepared, but the response is gathering momentum

Threats to freedom of assembly are growing in the United States. We have never witnessed such significant and coordinated attacks on the right to protest and this has required advocates and funders alike to quickly assess and respond to these threats. 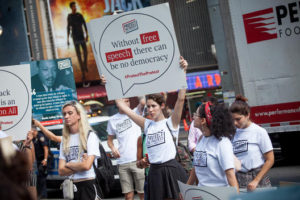 Traditionally, while American foundations have supported the protection of these rights abroad only a handful of funders – such as environmental and rights funders the 11th Hour Project and the CS Fund – have dedicated resources to the issue here in the US. In the past year, however, additional funders have entered the field or increased investment in it, and we have learned important lessons for our work in future.

This work is a response to three trends:

Anti-protest legislation
Perhaps the most direct threat to freedom of assembly has been the proliferation of proposed laws to restrict and even criminalise protest. In the past two years, 34 US states have considered bills ranging from restrictions on student activism, criminalising pipeline protests, increasing penalties for blocking traffic, and more; laws have now been implemented in nine states. In Louisiana, protestors against the Bayou Pipeline are facing felony charges. In addition, the federal government has proposed regulations that would effectively close most of Washington DC to protests or vigils of any kind. From banning protest in front of the White House to making the process to obtain permits more onerous and expensive, these regulations will dramatically restrict participatory democracy and free speech at the centre of federal government, and at many times in our history, the site of iconic public demonstrations.

From banning protest in front of the White House to making the process to obtain permits more onerous and expensive, these regulations will dramatically restrict participatory democracy and free speech at the centre of federal government.

As these bills began to appear in 2017, Piper Fund, a donor collaborative to defend democratic institutions, an initiative of Proteus Fund, recognised that local groups – those best placed to engage their communities around this threat – had no resources and little knowledge about these bills. Not only were few foundations supporting this area of work, but virtually none were funding at the state or local level. Piper responded by establishing a pooled rapid response fund that has now funded public education efforts in eight states and the District of Columbia.

But grantmaking is only one aspect of what is needed so, in 2018, Piper and Piper Action Fund worked with 17 national organisations to launch Protect Dissent, a national network to support state groups as they fight back against these laws, providing legal and communications expertise, and helping to connect state groups with one another. Finally, to harness the power of philanthropy on the issue, Proteus Fund and Wallace Global Fund circulated a funder sign-on letter to oppose the DC regulations, with 141 donors submitting a joint statement in opposition to closing civic space in Washington.

Litigation: the rise of SLAPP suits
A second threat to freedom of assembly has been the use of litigation to chill protest, through the proliferation of SLAPP suits (Strategic Lawsuits Against Public Participation) that seek exorbitant damages from organisations and individuals engaged in advocacy work against corporate actors.

Philanthropy will need to be nimble in rising to the challenge, offering rapid response funds on multiple fronts while simultaneously building needed infrastructure at both the national and state levels.

These lawsuits are not necessarily designed to win. Rather, they tie up defendant organisations and individuals in court, draining their resources as they are forced to focus on litigation rather than their substantive work, which limits their effectiveness. 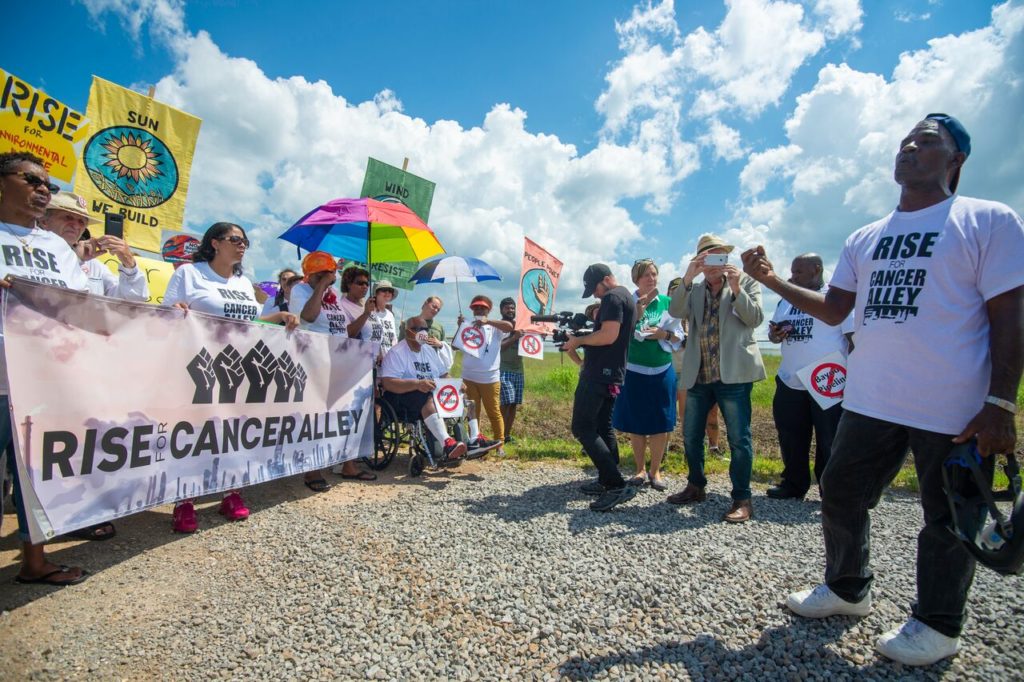 SLAPP suits chill dissent in the field more broadly, as other organisations and activists begin to fear being named as defendants. The 2017 lawsuit filed by Energy Transfer Partners (ETP) against Greenpeace USA, Greenpeace International, BankTrack, the movement Earth First!, and four individual defendants is a prime example of a SLAPP suit in action. Not only does the suit seek $900 million in damages, but it also names defendants John and Jane Does 1-20. By leaving space to name additional defendants to the suit, ETP may cause other environmental justice organisations and activists to think twice before taking action.

In 2018, groups across various movements formed a new coalition, Protect the Protest, through which organisations are standing united against SLAPP suits, and are raising public awareness about the threats they pose to a free society. The Wallace Global Fund, the Open Society Foundations and the 11th Hour Project, among others, have provided seed support for this new coalition.

Surveillance
A final strand is the increase in surveillance of activists, primarily in communities of colour. Of great concern is an FBI programme on ‘Black Identity Extremism’, which frames those who criticise the ways in which police departments interact with communities of colour as ‘radical’ and even as terrorists.

Funders are also beginning to recognise the need to focus on narrative. In the light of recent rhetoric about ‘paid protestors’ or even ‘angry mobs’, communications work is sorely needed to highlight the important role that freedom of assembly plays in a healthy democracy.

Last year, the Ford Foundation supported the organisation Color of Change to organise a Digital Dissent and Security Convening to strategise a response from the racial justice movement. Color of Change partnered with the Center for Media Justice and Center for Constitutional Rights to bring local and national organisations together around this set of issues.

Moving forward
In a field that has long been underfunded, significant new resources are needed to build the capacity to defend freedom of assembly in challenging times. And philanthropy will need to be nimble in rising to the challenge, offering rapid response funds on multiple fronts while simultaneously building needed infrastructure at both the national and state levels.

Our grantmaking will also need to break down traditional funding silos. Threats to freedom of assembly affect many different constituencies – student protestors on campus, racial justice activists, environmental justice leaders, and more – and our response must similarly engage these groups to work together to defend the right to protest. Networks such as Protect Dissent accomplish this, bringing a variety of issue area groups together under one banner; similarly, Piper Fund has expanded its grantmaking to include support for environmental justice and youth organising groups.

Funders are also beginning to recognise the need to focus on narrative. In the light of recent rhetoric about ‘paid protestors’ or even ‘angry mobs’, communications work is sorely needed to highlight the important role that freedom of assembly plays in a healthy democracy. Funders have begun a conversation about how we might better engage hearts and minds in maintaining open civic space in the United States.

Melissa Spatz is director of the Piper Fund, an initiative of the Proteus Fund.
Email: mspatz@proteusfund.org
Twitter: @piperfund

How has philanthropy changed (or not) in emerging markets?