Ukraine: foundations, the crisis and the future

In need of a compass …

Since the explosion of popular protest in Maidan Square, Ukraine has been riven by civil and political strife whose character and shape is often as difficult to discern as its eventual outcome. In this supercharged atmosphere of political protest and martial posturing, what have foundations been doing to help those caught up in events or struggling to reshape their country?

Perhaps the first thing to say is that the situation in Ukraine is an extraordinarily fluid one. Even while this article was being researched and written, things have changed: the country has a new government. While at state level some of the tension has gone out of the situation, fighting still continues in the east of the country between government forces and pro-Russian militias, with reports of people fleeing the rebel capital of Slavyansk amid a worsening humanitarian crisis. The UK’s Guardian newspaper reported on 12 June that most Slavyansk residents had been without water, electricity and gas for the past week. Even after the ousting of former president Yanukovych, the Maidan is still occupied and many of its occupants still find themselves at odds with the new political leaders. 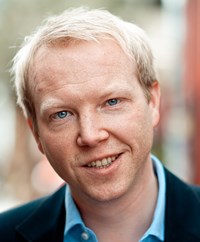 Feet already on the ground: ERSTE Foundation
ERSTE Foundation has an education programme involving 12-17 year olds in four Ukrainian cities (the project is also running in 11 other countries in the region) and supports an arts project, the Visual Cultural Research Centre, in Kyiv, primarily intended as an exhibition space for artists. Its target group varies from project to project. As Robin Gosejohann, project manager Europe at ERSTE Foundation, explains, ‘we work with local partner organizations who are active or want to become active in civil society in their area/community.’

What has been ERSTE Foundation’s response to the crisis? Most of the countries in which they work have political issues. ‘We try to react to those,’ says Gosejohann, ‘not by reshaping, redrafting entire projects’ but instead by ‘building on the projects that already exist’. As an example, he says, the foundation ‘made money quickly available to allow for a meeting space in Kyiv. We reacted on the expressed needs of our project partners who changed an ongoing project [the exhibition space mentioned above].’ After the Maidan protests, it became more and more apparent that there were hardly any independent meeting spaces that community groups could use. The exhibition space will now be used for meetings.

ERSTE Foundation also remains alert to the needs of its Ukrainian project partners. ‘We have a higher degree of sensitivity when it comes to project applications from partners from a country that currently has more issues than others,’ says Gosejohann, so ‘specifically Ukraine right now’.

In Ukraine since 1991: the International Renaissance Foundation
Part of the Open Society Foundations group, the International Renaissance Foundation (IRF) has been working in Ukraine since 1991. Its main work, says deputy executive director Inna Pidluska, is supporting the efforts of CSOs active in promoting human rights, an independent judiciary, and the association agreement with the EU. However, when the previous, Yanukovych government withdrew from the process of preparing for that agreement, some of IRF’s long-time partners became involved in organizing pro-European integration demonstrations. Following the forcible dispersal of the protestors on 30 November last year, IRF announced its withdrawal from any form of collaboration or consultation with the Ukrainian government. Other civil society organizations followed their example.

During the ensuing Maidan protests, IRF supported CSOs’ right to protest peacefully, helped create forums where civil society groups and activists could meet, and funded independent media organizations that could report events from on the ground. Notable among these was Hromadske.tv, an independent online TV initiative, which, says Pidluska, became one of the most visited sources of information on the events surrounding the Maidan protest.

IRF also coordinated and implemented the humanitarian solidarity programme, providing relief to the victims of the crisis and medical aid for victims of the state repression of the protests. At the time, she explains it was dangerous for injured protestors to seek treatment because in some cases IRF has documented, protestors were taken into custody instead of being given medical aid.

The need for this has now receded, so IRF is wrapping up this programme. (It’s worth noting that this conversation took place before the escalation of events in east Ukraine, noted above.)

What next? Reconciliation and reconstruction
However, the east and south of the country continue unsettled. It is important for foundations to work with CSOs in these areas that are monitoring the situation with regard to human rights and civic freedoms, believes Pidluska. Once violence is at an end, civil society will need to be involved in the opportunities for reconciliation between different communities that were on opposite sides of the political divide.

She is clear that such differences of view have long existed and they are not at the root of the violence. This is being ‘inspired and funded from the outside’, she believes. When the armed militias are disarmed or dispersed, CSOs should be prepared ‘to serve as mediators and conveners for building trust in these communities and moving beyond conflict’, and foundations can be extremely important in developing such initiatives. 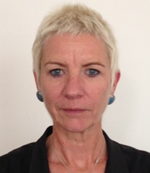 The role of women’s groups
For Madeleine Rees, secretary general of the Women’s International League for Peace and Freedom (WILPF), women’s groups can have a crucial – though often overlooked – role in peace and reconciliation. WILFP’s experience in Syria, says Rees in an interview with Alliance, has led them to believe that ‘women have a real knowledge of what is happening on the ground and how peaceful solutions can be brokered’. In the case of Ukraine, ‘the network of women’s organizations in Ukraine gave us an excellent gender analysis.’ However, as the recent European Foundation Centre conference in Sarajevo heard, women are often excluded when it comes to peace processes, and as a result marginalized in the society that emerges beyond the conflict, to the detriment of women and wider society.

Underlying questions
Beyond the problems thrown up by the crisis are a number of long-running issues which helped to precipitate events in the first place.

The engagement of civil society in the reform of education, public service procurement, public health and social policies are some of the areas IRF and its partners will be grappling with once the political situation is quieter. Another big issue for Pidluska is to improve the quality of governance at local level, and especially to foster the ability of local communities to address the questions that concern them. Foundations have an important role in supporting this work, she thinks. In this context, she talks of the Reanimation Reform Package. This reform movement arose from the Maidan protests and is being supported by IRF and a number of international donors. This initiative looks both ways. It is intended not only to make representations to government but also to present to people the need for reform and the implications if such reforms are not forthcoming. 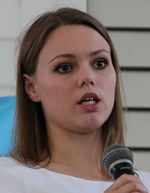 Corruption
One issue that cuts across most of the areas Pidluska highlights as needing reform is corruption. Most of those we spoke to identified this as a key issue. ‘I think the most urgent problem in Ukraine now is fighting corruption,’ says Anna Babinets of Slidstvo.Info, an investigative journalism organization. ‘People in our country really need transparency.’ Slidstvo.Info investigates instances of corruption and publicizes them through websites, newspapers, magazines and TV programmes. As a member of the Yanukovych Leaks team, they continue to work with Ukraine’s public prosecution service to help them investigate fraud and money laundering by the former president and his team.

Fighting corruption was one of the top demands of the Maidan protestors and Pidluska also singles it out as a key priority. Civil society, she believes, must help to improve anti-corruption legislation and to monitor and advocate proper implementation of existing legislation. Besides acting as funders and partners for CSOs in this area, foundations need themselves to show an example, ensuring that standards and practices of good governance are adopted and acted upon in their own institutions.

When and how to intervene
‘Every organization should work in the field it knows best,’ argues Gosejohann. ‘We look at building on the projects that already exist, though on a modest scale,’ he says, and he recommends others to ‘continue to work with trusted partners with whom one has a good track record’. There are a lot of new groups looking for funding in Ukraine, he points out. Funding is available, but the groups’ provenance and intention is not always clear or appropriate, so ‘credible donors have to continue to work with credible partners in well thought-through smaller interventions … That’s the role of private foundations right now.’

Pidluska says something very similar: foundations should ‘continue doing what they used to do, which is working with their immediate constituencies’.

International foundations can also show their solidarity with civil society groups in Ukraine. ERSTE Foundation, by its attitude, says Gosejohann, is making it known that ‘we as a foundation can be counted on, we’re not running away’.

Flexibility and timing
Quite small amounts can make a big difference. Madeleine Rees estimates that €50,000 would have enabled WIPLF to take representatives of Ukrainian women’s organizations to Geneva to make their case to the Member States and the human rights council (see interview). Often the timing of responses is crucial. As Rees notes, ‘In every situation where there could be violent conflict, if you are upstream in terms of your analysis, you can intervene in good time’ – and foundations’ flexibility should allow them to do this. ERSTE Foundation’s size, believes Gosejohann, means that it can move quickly and identify ‘smaller, informal, effective projects’. Besides, there is a practical question at stake: ERSTE Foundation is active in over a dozen countries in Central and South East Europe and Ukraine is huge. ‘We would be badly advised to say that we would take on a really big issue country-wide, so we do it with little pinches here and there where we know it will have a local or even a regional effect.’

Could foundations be doing more?
‘Foundations are already doing quite a lot,’ believes Pidluska, and are working across what she describes as a very broad spectrum of activities. She believes foundations in Ukraine could benefit from expanding their donor base and their access to resources for addressing vulnerable groups, which have grown since the crisis, especially in the Crimea and in conflict zones. It has become especially difficult for foundations to work in the Crimea because it is subject to punitive Russian laws on receipt of foreign funding. Most foundations in the area have had to suspend their work, she says. ‘We recognize that CSOs and foundations there are under extreme pressure and we cannot work with them as if it’s business as usual.’

One thing the crisis has highlighted is the inadequacy of the current philanthropic regime in Ukraine. At the moment, she says, money given as emergency support to victims’ families is liable for tax at a rate of 19 per cent. In order to overcome this, the government has invoked special regulations which exempt specific kinds of funds from tax.  The philanthropic community wants such an exemption to become part of the law governing donations, rather than being extended on a case by case basis. In addition, tax incentives for donors and the regulation of online giving need attention. The Ukrainian Donors Forum, which Pidluska chairs, has taken up the question of bringing Ukraine’s philanthropic environment more generally into line with rest of Europe, so far with only partial success. Perhaps the crisis will give point to their demands.

For more information
In order to keep track of developments in Ukraine, the Centre for Strategic and International Studies has created an interactive timeline of events, in Ukraine from 6 March onwards>

Alliance would like to thank the following for their help in compiling this article: