What is philanthropy infrastructure for?

Multi-stakeholder partnership and the SDGs: reflections on a UN special event

Ahead of our infrastructure issue, we talk to a few protagonists in the debate and sketch out the likely ground to be covered. What will be the effect of digital technology? How will infrastructure respond to the growth of informal giving movements? And in the super-information age, is the old model (of member services and an annual conference) dying? 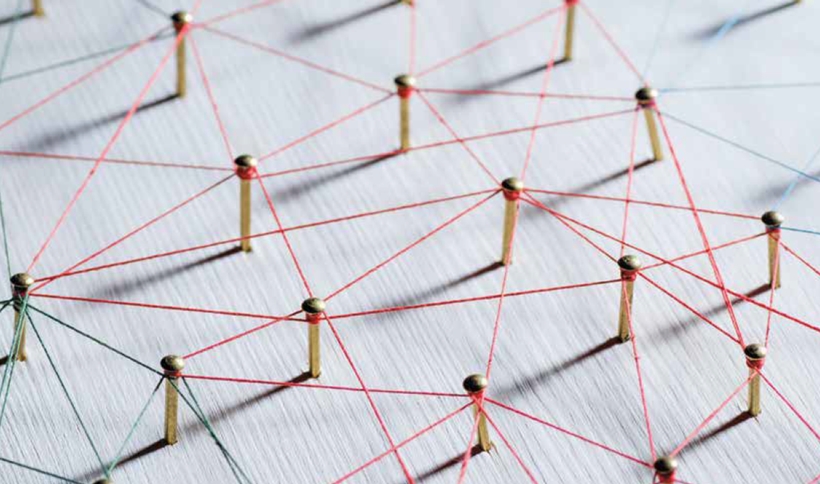 On the face of it, the news for philanthropy is good. According to a recent CAF report, giving potential is likely to expand prodigiously over the next dozen years, especially in the global south.

The Brookings Institute estimates the global middle class may swell by 2.4 billion people globally by 2030 and that their spending could almost double from $34 trillion to $64 trillion over the same period.

These developments create huge opportunities for philanthropy, but it remains to be seen how well the field is positioned to exploit them.

Not enough infrastructure where it is needed…
Growth in philanthropy is likely to be focused on emerging economies so this is where infrastructure is most needed, according to the CAF report.

In addition to educating donors and advocating for straightforward tax incentives, the report also urges aid agencies exiting a country to aim to leave in place an ‘enabling legal environment… and a philanthropy infrastructure and charity support bodies that can continue this work’.

North America absorbs a whopping 80 per cent of current expenditure on infrastructure.

….and roles ill-defined elsewhere
In some places, though, it’s almost superabundant. Is there overlap or over-supply? Certainly, abundance can breed confusion, even among those in the know.

Gerry Salole, CEO of the European Foundation Centre, cites the case of a donor who asked him where Ariadne fits in.

‘Comparing a network that’s focused on a specific type of foundation around human rights and social justice like Ariadne and an institution like ours [EFC] which accepts the generality of foundations means that even donors are getting confused. But there’s a real difference between the scale, the focus and the role of these institutions,’ he explains.

Leading or following?
Masha Chertok of CAF Russia and a member of the WINGS board, and Benjamin Bellegy, executive director of WINGS, are convening an international meeting of funders of infrastructure in early 2018[1].

They note both the external and internal changes affecting philanthropy: the rapid growth of institutional philanthropy and the even faster growth of its non-institutional counterpart in emerging markets; the move towards giving domestic actors and private resources a greater role in development; and increased pressure to make a greater impact on the major problems of the world.

All three observers think so. What supporters of infrastructure are asking, thinks Salole, is ‘who is looking at the trends, who has got their eye on what’s happening in the external environment, what are the dangers and threats to the industry, who is going to help chief executives and boards navigate the next set of issues?’

Chertok and Bellegy agree and note the need for infrastructure organizations to move from ‘service model to leadership/activist model… We need champions and thought leaders to foresee the common future for the philanthropic space and defend this future from external threats’.

While network organizations do get locked into the idea of service provision to justify members’ dues and their own existence, this is seldom the main reason for joining them and it may well lead down a false trail.

However, this raises the question of the relationship of infrastructure organizations, particularly network organizations, to their members. It’s a complex one. Some support organizations are clearly service providers. It’s their whole raison d’être – consultants, advisers, etc. You pay them to do something and they do it.

With membership networks or organizations, it’s less clear-cut. While network organizations do get locked into the idea of service provision to justify members’ dues and their own existence, this is seldom the main reason for joining them and it may well lead down a false trail.

As Salole notes, most infrastructure organizations are paid for by a handful of funders who set store by it. ‘It’s less “you give me this service”, more “I believe in the sector and that it’s important for infrastructure to exist”.’

He thinks it’s dangerous to see funding as paying for a service, since it leads away from the idea that what infrastructure organizations should be providing is ‘vision and creativity, understanding of the sector’.

Reliance on the few ‘believers’ can also exacerbate the problem of identity because, argues Salole, ‘they [infrastructure organizations] know that their survival depends on keeping those foundations happy, which means that they’re not as good at understanding what their role to their members is’.

He sees therefore a real need ‘to figure out who is doing what’ and to ‘describe and typologize’ the various infrastructure bodies in terms of their roles – those that are issue-based, ‘trying to build momentum, or that are pioneering particular ways of working like EVPA (European Venture Philanthropy Association)’.

Does infrastructure have what it takes?
How prominent a role can infrastructure play? ‘There is an expectation that the infrastructure doesn’t become too visible and when it pushes too hard, thinks it’s in charge, tries to command, I think it can get into trouble,’ says Salole.

Before that, there is another question to ask: given that their sources of supply are scarce and it’s a perennial complaint that they are under-resourced, are infrastructure organizations equipped to play that leadership role? Do they have or can they afford to buy the necessary skills? If they were to represent philanthropy in any cross-sector forum, would they have the resources to sustain such a role and be credible in it?

Fixed or fluid
Chertok and Bellegy would like to see the adaptation of infrastructure organizations to more informal means of giving and to the increasing convergence of philanthropy with other kinds of social investment. This would mean a corresponding widening of the definition of infrastructure.

They suggest, for example, that groups like fundraisers’ associations should be covered by the term. It’s important, they argue, ‘to adopt a view of infrastructure that reflects the growing complexity and interconnectedness of the field… we should learn to think of it as an ecosystem rather than a number of organizations working in silos’. Many would agree. But how would that ecosystem function?

Would it be a ‘natural’ system that regulates itself, or one that requires oversight, with some forum where the diverse elements of the system could come together to represent their views to each other, in other words, some meta-infrastructure body?

Behind the digital curve
Stanford visiting scholar and data expert, Lucy Bernholz, draws attention to another looming problem: ‘Philanthropy and civil society are dependent on digital infrastructure in ways that the organizational infrastructure bodies don’t fully attend to,’ she claims.

This dependence allows the corporations who own the digital sphere and the governments who scrutinize it to exercise greater control over civil society. ‘If we don’t take on these issues head-on we will continue to be amazed at the rates of civil society closure and the ways in which that is facilitated by the connection to government control… and the norms of a handful of tech giants based in either the US or China.’

But there is an opportunity as well as a threat. The digitization of data affords greater reach – and to a different audience – and therefore greater potential resources for philanthropy.

Bernholz sees therefore ‘a common need for infrastructure organizations that can advocate for and educate about the need for civil society and philanthropy to understand the constraints of their current – or aspirational – digital environments’.

The digitization of data affords greater reach – and to a different audience – and therefore greater potential resources for philanthropy.

It’s hard to read the tealeaves online
According to Salole, the funders of infrastructure ‘are expecting small flexible entities’ to help them navigate emerging problems. But the idea of a network without a physical base, which conducts operations largely online and has only a skeleton staff, would be easy to oversell (it should be stressed that most infrastructure organizations are ‘lean’ to begin with).

‘Leanness and virtual organizations can only go so far,’ feels Salole. ‘In the end, I don’t believe there is a real substitute yet for people having an opportunity to exchange good practice on a face-to-face basis.’

What people like most about EFC, he says, is the Annual General Assembly. ‘They develop the peers they can run ideas against, that’s where they find support when they have difficult decisions to make, it’s where they read the tealeaves together and, so far, long-distance data doesn’t substitute for it.’

Some questions need to be continually asked because the answer changes. Perhaps the one underlying them all for philanthropy infrastructure is how it can strike a balance between leading and serving philanthropy and whether, at times, there is any distinction between the two. Watch this space.

The SDGs: a call to collective action