A role in public affairs? Five challenges for Indonesian NGOs 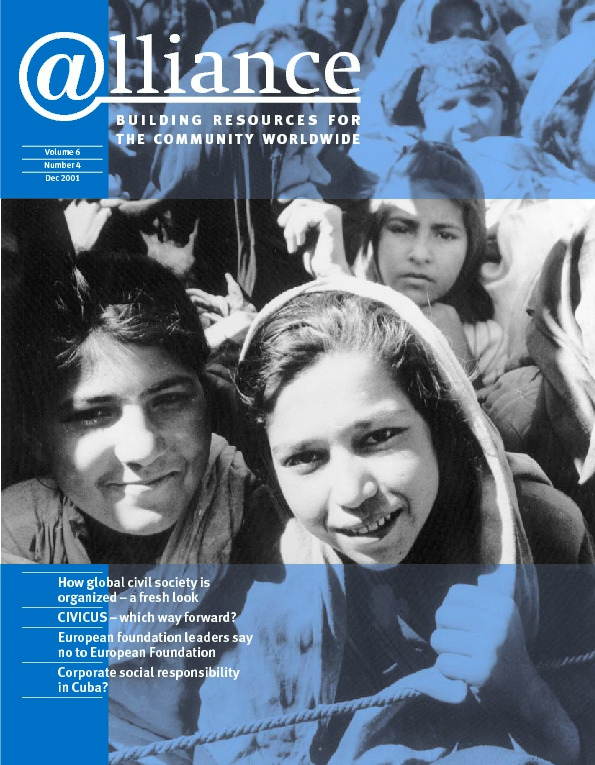 NGOs in Indonesia have become a sizeable and highly dynamic component of Indonesian society, active participants in almost every social endeavour. Unfortunately, they have serious problems with political legitimacy, legal accountability, financial sustainability and professional competency. How, then, can they build social credibility – and satisfactorily occupy the place in public affairs that is open to them?

NGOs are known literally as self-reliant community institutions (Lembaga Swadaya Masyarakat), though many identify themselves as Ornop (Organisasi Nonpemerintah), a direct translation of the English term non-governmental organization. No one really knows how many NGOs exist today. However, three types of NGO can be distinguished.

A closer look at NGOs and their relation to the private and state sectors reveals a complex and ambiguous state of affairs. In fact it is doubtful whether NGOs can be considered a unique entity sharing common features that justify treating them as a distinguishable social sector – the so-called non-profit or third sector. Instead we will see diverse social groups struggling for an identity. The sector has at least five fundamental questions to answer.

During the New Order era (1966-98), relations between state and society in Indonesia were massively tilted in favour of the former.[1] All bodies deemed by the state to be ‘representational’ were forced to form single, officially designated organizations for each functional group (fishermen, peasants, youth, women, etc). Consequently, public participation and influence in the country’s governing system were very limited.

Unlike other such bodies, NGOs managed to maintain their relative independence from the state. This was partly because, not being membership-based groups, they were not considered as representational. A further reason was what one observer, Muhammad  Fuad, describes as an ‘ambivalence within the government towards NGOs’. This seems to have been caused by New Order internal weaknesses that led the state to use repressive means to maintain its political power and restrict political movements. This policy weakened the state apparatus, and participation of social groups was therefore needed. As Fuad puts it:
‘While the state, viewing civil society as a threat, controls and co-opts it, it has also helped it and has needed help from it. Civil society, on the other hand, while being co-opted, has influenced the state, criticized it, helped it, and taken advantage of it.’[2]

The reform process of the last three years has intensified the discourse on civil society. In early 2001 decentralization of power to local government began, and partnership with civil society has now become an important part of the policy agenda at district, city, town and village level. In general civil society initiatives have become important elements in social development, replacing the old government-dominated development paradigm. Civil society groups’ ‘political skills’ have also improved, and all kind of advocacy work is now possible. This ranges from acting as a legislative and presidential watchdog to keeping an eye on corruption, constitutional reform and civil-military relations – all taboos in the past.

In Indonesia a social group can be legally formed by a small group of citizens and operated as a private, not-for-profit organization. During the New Order regime, government did not regulate or restrict the aims or scope of NGOs’ work. Nor were there any restrictions on the business activities or individual income of a person who was active in an NGO. The result was much abuse of non-profit organizations and foundations for private interest, especially practised by semi-official foundations or Yayasans, many of which were headed by the then President Suharto. In fact thousands of other Yayasans are still running various types of ‘social business’ such as profit-seeking schools and hospitals.

Under pressure from various parties, including the IMF, the Government of Indonesia has passed an Act on Foundations to minimize these abuses (see Alliance, vol 6, no 3, p43). Despite protest from many Indonesian NGOs, the Act contains many clauses that increase potential government control over the non-profit sector, in terms of both financial affairs and internal governing mechanisms. From a legal perspective, it may be an appropriate measure to control the Yayasans, but from the perspective of social movements it will clearly have a negative impact. The challenge for the non-profit sector now is, on the one hand, to make clear that it has a social mission (rather than a profit-seeking one) and on the other to seek a different legal entity for NGOs that allows them to pursue this mission free from excess government control.

Comprehensive data on sources of non-profit sector revenue in Indonesia are not yet available. One survey suggests that 65 per cent comes from international sources and 35 per cent from domestic sources. Individual giving contributes less than 15 per cent. However, if more religious groups were included in such a survey, the figure would be higher (this survey included just one). A recent survey of 18 NGOs conducted by PIRAC reveals that several religious-based organizations are able to operate with 100 per cent domestic funding and raise more than 90 per cent of their funds from the public.

Despite their limited scope, the tax benefits on income spent for social purposes that are now provided by the government should increase both business and individual contributions to social development and to the non-profit sector.

Another possible option for NGOs to generate funds is by running social enterprises – doing business to get earned income. But the sector will then need to confront the tension between mission-driven and market-driven approaches.

Voluntary activity is widely acknowledged to be a key feature of the non-profit sector. Many Indonesians who are active in the sector believe that such activity will bring long-lasting reward. This situation gives rise to certain problems. Non-profit staff tend to be divided between those who work for the sector because they are driven by a personal mission and those ‘who have no other option’. The fact that the non-profit sector is widely seen as the easiest sector to enter because it doesn’t apply professional standards means that staff quality is generally not that good.

This means that most work carried out by the non-profit sector is also of low quality. This It is not always the sector’s fault, however. The tension between volunteerism and professionalism is part of the problem, and the way the sector relates to its supporters/donors is another. Most donors think in terms of projects and forget that NGOs as organizations needs institutional support beyond funding for specific, ad hoc activities.

If the non-profit sector has a problem with its political legitimacy, legal accountability, financial sustainability and professional competency, how can it build social credibility?

Though neither business nor individuals have shown much interest in being involved in the civil society sector in Indonesia, with the ongoing economic crisis interest has been increasing. Yet those wishing to become involved find it difficult to identify NGO partners to work with precisely because of the poor reputation of the sector for accountability and professionalism. Neither is the sector free from the very problems it claims to deal with – such as corruption.

Unless it begins to take these fundamental problems seriously, a well-developed non-profit sector will never exist in Indonesia.

Zaim Saidi is an activist from PIRAC (Public Interest Research and Advocacy Center). He can be contacted by email at pirac@ypb.or.id

This article is based on Zaim Saidi’s presentation at the APPC conference in Bali in July.  An earlier version of this article was published by the Jakarta Post on 3 September 2001.