LIFT: The search for a predictive indicator

Within three weeks this year, four blizzards dumped seven feet of snow and sleet on Boston. Commuters found themselves standing in the cold for more than an hour waiting for MBTA trains, with no way of knowing how long their wait would be. With more bad weather on the way, software developers came together at a hackathon organized by Code Across Boston, an organization of skilled volunteers who look for technology-driven solutions to civic problems. The result was MBTA Ninja, a web app that allows commuters to update one another about train delays while they wait. What does this mean for the civic sector?

Civic-minded innovations like MBTA Ninja are arising almost daily, drawing on the direct feedback and participation of citizens. They are coming from a rich mix of sources – including non-profits; national, state and local governments; informal associations; and private companies.

‘New tools like this are bringing us closer to a long-held dream: societies governed more effectively by and for the people.’

These innovations are fuelled by new technologies. What has suddenly got 100 times cheaper and 10 times faster? According to a new study by the Center for Global Development and the World Bank, citizen feedback in poor countries. Working with VOTO Mobile, they reduced the costs of surveying citizens by more than 95 per cent. As some 75 per cent of the world’s population now has access to a mobile phone, it is easier than ever to gather direct feedback. Social media and the internet also allow people to interact directly with authorities. 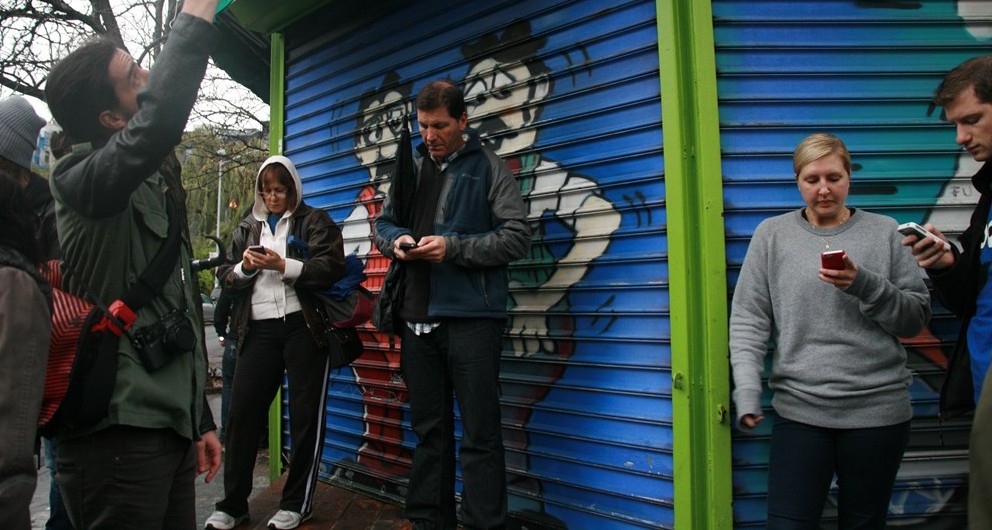 New tools like this are bringing us closer to a long-held dream: societies governed more effectively by and for the people. ‘Feedback is another word for that crucial element of democracy which requires public ownership over public decision making,’ says Kate Krontiris, a fellow at Harvard’s Berkman Center for Internet and Society.

A number of themes are emerging from the civic sector’s more successful feedback experiments. One is that different contexts call for different tools. Effective feedback loops seek to understand people’s needs on a deeper level. Beyond surveys, tools may include individual and group interviews, civic games, and asking participants to keep visual, audio or written journals of relevant experiences. Those developing solutions look for evidence of underlying as well as stated needs – for instance, by noticing gaps between what people say and what they do.

Tools must be selected and tailored according to context. For example, to engage the poorest groups in northern Ghana, VOTO Mobile has found it necessary to schedule calls carefully, since many mobile phones are shared, and to provide elders with training in how to respond to a mobile survey.

Feedback also needs to be multi-modal in order to give different groups equal voice. A smart-phone app might draw more feedback from wealthier areas, or from 20-year-olds. Technological solutions call for a heightened attention to what might be left out or misrepresented.

‘Research suggests that people’s belief that their actions can make a difference is the greatest predictor of civic engagement.’

Another trend is for lines between official and unofficial solutions to become blurred. For example, the city of New Haven, Connecticut, created an online system allowing residents to post alerts to flag up problems such as potholes and broken streetlights. Instead the city was inundated with alerts from an independent system designed by a resident, which the city has now integrated into its site. That system, SeeClickFix, now serves hundreds of cities.

What makes people decide to fill out a survey or try to solve a civic problem? Research suggests that people’s belief that their actions can make a difference is the greatest predictor of civic engagement. How to increase this sense of ‘civic efficacy’ remains an open question.

What is clear is its importance. Studies show that greater citizen involvement is associated with progress in communities’ ability to make difficult decisions and improve their quality of life, as indicated by such measures as lower rates of violence and infant mortality.

As Sean Martin McDonald of Frontline SMS points out, this is only the start of what should be a much larger conversation – a conversation about ‘what communities can (and should) learn from each other, and what our activism looks like in an era where many of us are practically connected, even where governments, laws, economies, and access keeps us apart’.

Elizabeth Christopherson is president and CEO of the Rita Allen Foundation. Email ec@ritaallen.org

Engagement Lab at Emerson College Partners with communities to study and develop games, new media and other technologies that expand civic engagement

Feedback Toolkit* Developed by Ashoka Changemakers*, Keystone Accountability, the Development Gateway and others under the umbrella of Feedback Labs* to offer curated examples and tools for gathering and using constituent feedback across the social sector

*Tool or organization supported by the Rita Allen Foundation

For Feedback Labs members, listening to constituents isn’t just the right thing to do; it’s the smart thing to do. Building relationships with constituents positions ordinary people as co-creators and inverts the traditional top-down, external ‘expert’-driven, one-size-fits-all approach that has largely failed the sector. Feedback Labs’ big bet is that when ordinary people are co-creators, and when their feedback fuels an iterative and responsive process, the desired social impact will be amplified.

Feedback Labs is taking steps to help aid agencies, foundations and governments both to listen and to act.

Feedback Labs members argue that ordinary people should be in the driver’s seat, with experts in a supporting role during the programme selection, design, implementation and evaluation processes. For the past year, Feedback Labs has been building a network of practitioners, policymakers, technology platforms and funders to help make this vision a reality.

Feedback Labs is a consortium of like-minded organizations. Each organization, through its own strengths, has endeavoured to put ordinary people front and centre. Together they aim to make inclusion, trust and empowerment common standards across the field. Founding members include: Ashoka Changemakers, Development Gateway, GlobalGiving, Keystone Accountability, FrontlineSMS, Ushahidi, Twaweza, GroundTruth Initiative and the Center for Global Development. For a full list of members – including the hubs of activity in Washington DC, London and New York City – joining since Feedback Labs began, see the Feedback Labs website. Feedback Labs was launched with funding from the Rita Allen Foundation, with additional support from the William and Flora Hewlett Foundation, the Fund for Shared Insight, the Bill & Melinda Gates Foundation, and the World Bank.

Excellent stuff, I agree with Nelson. I remember that year in Boston, my shed broke there was so much snow! Excellent website you have here, keep up the good work. Take care Jamie

Inspiring news! We'll not leave progress to government or to the authorities alone. With this app, ordinary people can share thoughts and both can act for development. Thanks!