It’s been two weeks since I heard from Javad. Last time I spoke to him, he was at a refugee camp in Sweden. Javad is 13 and comes from Afghanistan. He was forced to leave his country because all the males in his family were persecuted by the Taliban after his sister refused to marry one of them.

Javad walked alone all the way through Iran to Ayvalik in Turkey and arrived at the Greek island of Lesvos in a rubber boat together with another 38 people. ‘The crossing to Greece was one of the most terrifying things in my life. They were so many babies crying on the boat that I felt I had to be strong, so I didn’t cry, I stayed quiet…’

I met Javad at the First Reception Centre in Lesvos during one of the many field trips I have conducted as a programme officer of the Bodossaki Foundation, one of Greece’s oldest charitable foundations. He was one of 50 unaccompanied minors hosted in the centre at the time. Children live in detention conditions under police supervision. They live in white containers in a very confined space and are not allowed to exit the centre. They stay there until their registration procedure is completed, which lasts an average of ten days. 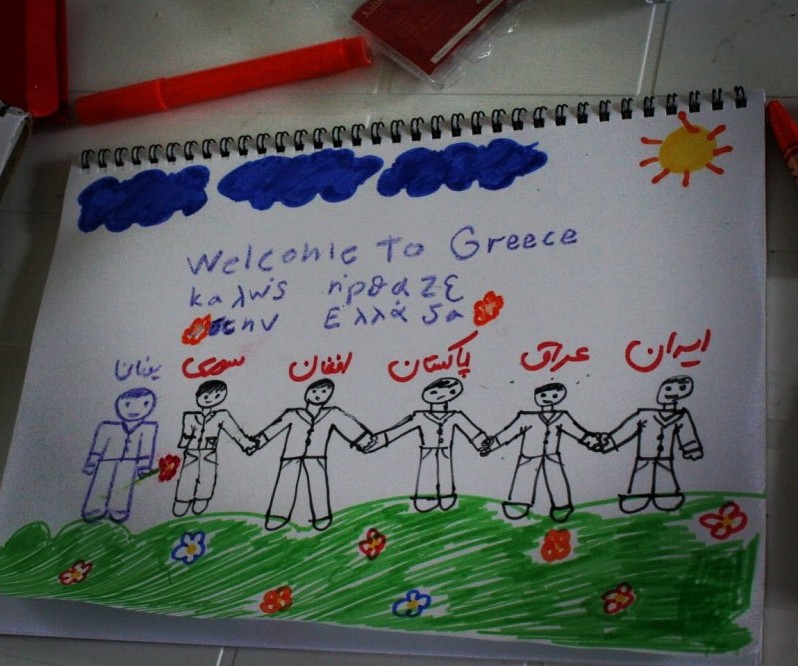 Javad gave us this picture when we met him in Lesvos. ‘Greece, Syria, Afghanistan, Pakistan, Iraq, Iran, we are all friends,’ he said.

‘They say Sweden is very good,’ Javad tells me. He uses an e-translator from Farsi and has been sending me messages via Facebook and Whatsapp at each border crossing during his journey from Greece to Sweden. ‘Dear Sofia. Please don’t worry. I am safe.’ He starts all his messages with these words. It is clear that he is in need of support and protection.

Javad is one of thousands of ‘invisible children’ travelling alone around Europe, facing the threat of sexual or organ trafficking at every step of their way.

‘Unaccompanied minors are the most vulnerable groups of the increasing population of migrants and refugees arriving in Greece.’

The numbers and the situation in the field indicate that we are dealing with one of the biggest demographic changes since the Second World War. The term ‘migrant’ or ‘refugee’ crisis can’t explain the complexity of this phenomenon. Unaccompanied minors are the most vulnerable groups of the increasing population of migrants and refugees arriving in Greece. The reasons these children travel alone vary. Many have lost their parents during the journey; others are sent off in order to flee war, poverty or persecution. They are all in search of a better future. 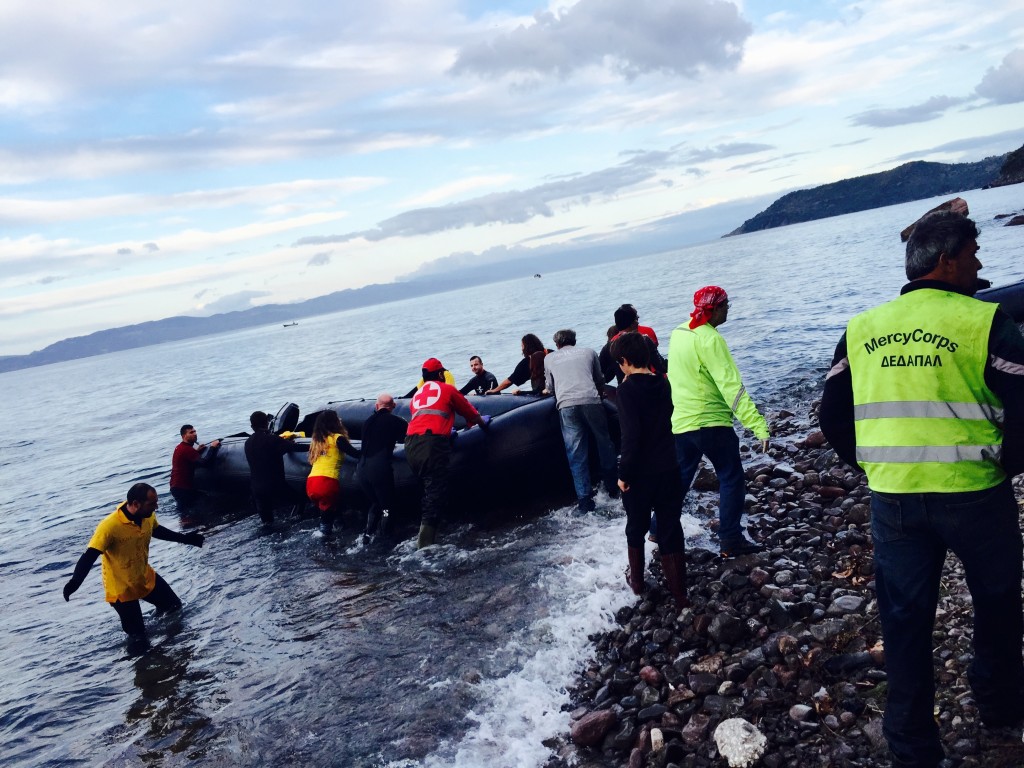 Volunteers pulling out a boat on the shore after having removed all the passengers safely. Credit Sofia Kouvelaki.

Our team at the Bodossaki Foundation has visited the main national entry points for refugees several times. We have conducted multiple needs assessments on the ground, talking directly with the children involved and engaging in an ongoing dialogue with the NGO staff working with them. We found an alarming gap in terms of identification upon arrival and protection and support for unaccompanied minors. We then realized that, as a foundation, we could act to find effective solutions and to provide support for these children in cooperation with the strongest and most effective NGOs.

In this context, the Bodossaki Foundation has launched ‘Giving for Greece’ to pool the resources of all those who share the vision of giving for a better Greece. Our mission is to inspire individuals and businesses to contribute to Greece’s wellbeing and to enable them to do so.

Bodossaki’s Unaccompanied Refugee Children Support Fund aims to give voice to children like Javad. We hope to make their stories known and give them the services, support and protection they need. In so doing, we will help to ensure their current and long-term safety and wellbeing.

Sofia Kouvelaki is a programme officer of the Bodossaki Foundation. Email sofia@bodossaki.gr