The Asfari Foundation is a British charity funded by the Asfari family. We provide grants to partners in Syria, Lebanon, Palestine and the UK which help young people become independent, engaged members of society and contribute to building resilient civil societies. In 2015, our expenditure was £3.5 million (86 per cent on grants). Although much of our spending still goes to international NGOs, we increasingly support Syrian civil society.

When the Syrian revolution broke out in 2011 we initially helped international NGOs and UN organizations to support the first Syrian refugees into Lebanon as well as internally displaced persons (IDPs) inside Syria. As the crisis went on, we also supported host country NGOs working with refugees to encourage appropriate local responses, reduce intercommunal tension and support the local economy.

Perhaps the only positive aspect of the crisis in Syria is the very impressive Syrian civil society that has emerged: young, creative, courageous and innovative, hundreds of these groups and organizations are active inside Syria (in regime, rebel and Daesh-held areas), in neighbouring countries and in the diaspora. They work on a wide range of issues from emergency services to arts and human rights. Often refugees or IDPs themselves, they create cohesion in a society torn apart by conflict and are well placed to assess local needs. Given our remit, they make excellent conduits for Asfari Foundation grants. 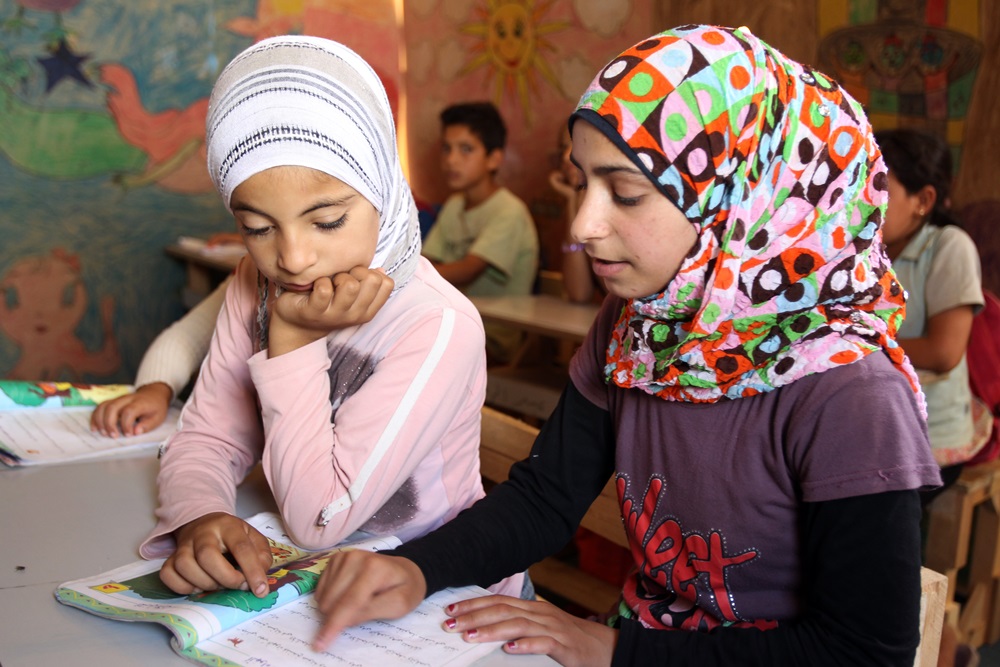 We provide some capacity building to Syrian CSOs. Initially we provided tailored staff training and mentoring to six CSOs. Unfortunately the security situation in Syria meant many trained staff fled or could not reach training sessions. There are now Syrian CSO umbrella bodies that provide training, some of which we now support instead. Syrian CSO staff have also made use of Asfari bursaries, fellowships and scholarships.

‘Syrians are increasingly portrayed as extremists, regime supporters or passive refugees and not the proactive, moderate Syrians we work with.’

Syrians are increasingly portrayed as extremists, regime supporters or passive refugees and not the proactive, moderate Syrians we work with. We therefore support several projects that bring their voices to a global audience. Examples include championing the White Helmets (who rescue people from bombed buildings in Syria) and civil society delegations to Washington DC. We have commissioned research to help plug gaps in the refugee aid effort (eg a study on the education needs of Syrian young people) and supported networking events between donors and Syrian civil society.

Despite the refugee flow into Europe, we decided to continue to work in Syria, Lebanon and Turkey. These countries carry the largest refugee burden and the Syrians who live here have either chosen to stay or are so vulnerable that they cannot leave and thus need our support most.

The challenges facing Syrian civil society are enormous – growing needs, worsening security, staff turnover due to deaths and arrests, migration, and better international NGO salaries. The biggest challenge for CSOs and donors has been the increasing restrictions imposed by financial institutions, resulting in complicated vetting procedures which use up valuable time and resources. In many cases this has also led to international funding going to international NGOs rather than local CSOs.

CSOs find this hugely frustrating as they know Syria better, speak Arabic, are cheaper in terms of core costs, and do not make inappropriate assumptions about Syria. When funds are channelled through them, CSOs often feel they are treated like contractors for international donors, without being involved in planning, and subject to short-term contracts and time-consuming reporting. Donors are also reluctant to fund core costs and often only fund work in particular regions in Syria, which CSOs say divides Syria further. The foundation has tried to avoid this by having its partners define local needs, keeping its forms simple, paying core costs, having Arabic-speaking staff who know Syria, and allowing partners to set reporting dates.

We will continue to invest in Syrian civil society activists and organizations because we believe that is the best way to deliver aid to Syrians in need. We also see it as an investment in the future of Syria, since these organizations will form the cornerstone of the democratic Syria its citizens hope for.

Marieke Bosman is CEO of the Asfari Foundation. Email marieke.bosman@asfarifoundation.org.uk