Human rights are at the heart of it

Civil society in a divided society

Study on the current landscape of philanthropy around the world published

We don’t just need to invest in more and better treatments for mental health disorders, we need an approach that’s grounded in treating people with dignity

The 2018 G7 Charlevoix Summit Communiqué set out the commitment of the world’s most developed economies to ‘bring greater attention to mental health’ in their mission to contribute to sustainable global growth. Soon after, the British Government and the World Health Organization (WHO) hosted the first Global Ministerial Mental Health Summit in London, which in its own words, served as a ‘call to action’ in the quest to ‘achieving equality for mental health’. 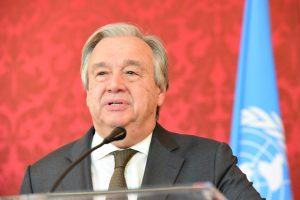 More recently, UN secretary-general António Guterres reminded governments that, following the coronavirus pandemic, ‘grief, anxiety and depression will continue to affect people and communities’ for a long time to come and that failure to engage with this question will undoubtedly cause longer-term social, political and economic damage.

Despite high-level commitments, however, and notwithstanding the collective era of global trauma in which we find ourselves, the WHO points out that mental health continues to be neglected: few states invest more than 2 per cent of their national health budgets in mental health service provision, and less than 1 per cent of development assistance in the field of health goes to mental health.

An approach grounded overwhelmingly in the narrative of (global) public health runs the risk of disempowering, even further stigmatising, the very people who should be the beneficiaries of investment.

Even prior to the pandemic, the investment case appeared strong, with the WHO estimating the global cost of the ‘mental health gap’ at $1-8.5 trillion in lost economic productivity each year, a figure predicted to double by 2030 without concerted action. Yet, a note of caution must be struck, particularly in the Global South.

The risks of the public health narrative
An approach grounded overwhelmingly in the narrative of (global) public health runs the risk of disempowering, even further stigmatising, the very people who should be the beneficiaries of investment. There is a perceptible bias on the part of some donors to stress a biomedical model of mental health which emphasises the need to provide ‘care’, ‘treatment’ and ‘access’ to drug therapies for people regarded as ‘mentally disordered’ and focuses attention around conventional psychiatric interventions including those based on coercion.

This approach will not catalyse the type of action which is needed to dismantle the structural forms of discrimination, social marginalisation and attitudinal biases which so profoundly affect the lives of people. In short, we do not only need to pump funding into mental health, and by extension into psychiatric hospitals all over developing countries. What we need are investments which are explicitly grounded in human rights – mostly notably the Convention on the Rights of Persons with Disabilities (CRPD). 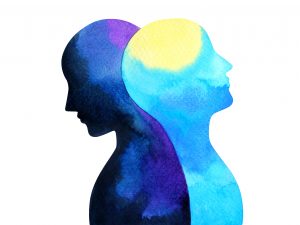 Towards an inclusive, rights-based notion

This may sound like a technical, almost rhetorical, shift, but the consequences are profound.

A human rights-based approach would first and foremost stress the direct involvement of the people being served. All too often, the debate is dominated by mental health advocates – psychiatrists, family members, social workers: those who speak on behalf of beneficiaries, not those who receive public services. By involving persons with psychosocial disabilities from the beginning, donors simultaneously tackle discriminatory notions concerning mental health, improve the targeting of their investments and achieve a wider benefit by enhancing public engagement in the development agenda.

Learning the lessons from the HIV epidemic
Scepticism about a shift in emphasis from health to human rights is to be expected. But some crucial lessons can also be drawn from the response to another epidemic. In March this year, UNAIDS was one of the first UN entities to release a report entitled Rights in the time of COVID-19. The authors urged stakeholders to pursue ‘a community-centred and informed response, one that embraces solidarity and kindness’. But this is not just about operating at the level of good intentions. As they explain: ‘Forty years of responding to the HIV epidemic has generated significant experience and lessons learned on the importance of a human rights-based approach to ensuring effective and proportionate responses to epidemics.’ Indeed, it is this very approach which has begun to make inroads around the world, where a pure health response has steadily given way to a more inclusive notion that emphasises livelihoods, citizenship, empowerment, and education, while directly tackling stigma, isolation and discrimination.

A similar logic can – and should – be applied when coordinating philanthropic efforts to improve the mental well-being of our societies. Instead of the dominant focus on expanding health provision alone, greater emphasis should be placed on achieving the inclusion of persons with psychosocial disabilities within our societies. This will require donors to look far beyond the health paradigm, and should raise questions about other investments that can be made, such as developing personal assistance schemes, improving housing and strengthening civic engagement.

A human rights-based approach to disability inclusion is undoubtedly a far more complex undertaking than simply increasing mental health budgets. Yet, the signs are there that it will be a far wiser investment in the long term.

The Validity Foundation is a human rights organisation which deploys legal strategies to promote, protect and defend the human rights of persons with disabilities worldwide.