The recent global summit in Addis Ababa on the post-2015 Sustainable Development Goals revealed an important policy shift away from the aid-focused 2000 Millennium Development Goals towards what is known in the jargon as ‘domestic resource mobilization’. This is good news, especially since it increases the pressure on G20 governments to tackle systemic offshore secrecy.

The policy shift also puts pressure on the governments of poorer countries to create tax regimes that enhance rather than hinder pro-poor growth. The policy also will make governments more responsive to their electorates and less responsive to external donors and international lending institutions.

Whisper it softly, but we may be on the verge of a long overdue shift from aid-dependency to greater self- reliance and internal accountability.

When ‘domestic resource mobilization’ emerged at the UN Finance for Development summit at Monterrey in 2002, activists recognized an opportunity to unite civil society movements across the world around a tax justice agenda. 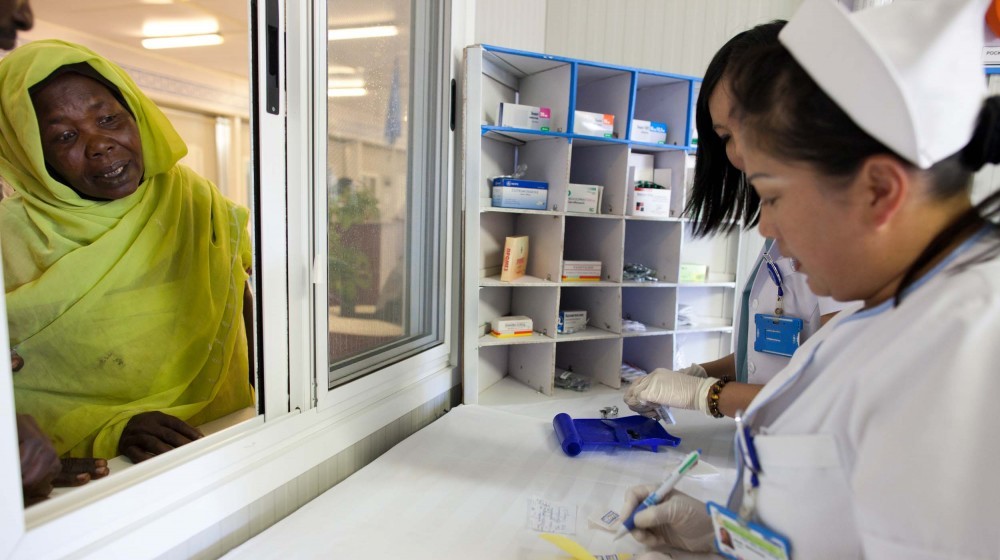 Evidence from middle- and lower-income countries shows that every $100 of increased revenue translates into around $10 increased health expenditure. Credit UNAMID Photo

Researchers had already revealed the huge losses from aid flows to the South through illicit capital outflows from the South via secretive offshore tax havens linked to the major capital markets based in the North. The general consensus is that for every dollar of aid that flows southwards, at least three dollars flow north through trade mispricing and other forms of illicit financial flows.

‘The general consensus is that for every dollar of aid that flows southwards, at least three dollars flow north through trade mispricing and other forms of illicit financial flows.’

Evidence also shows that tax policies imposed on poorer countries by major international institutions, above all the IMF, have worsened poverty and inequality by introducing sales-based taxes that impact most heavily on poorer households.

In 2003 the Tax Justice Network (TJN), supported by foundations, launched a global debate about how civil society could best address these issues at national and international levels. Our starting point was to address offshore secrecy and the weak framework for international cooperation to tackle tax dodging.

Without effective information exchange between authorities, financial market liberalization in the 1980s made it all too easy for kleptomaniacs and tax dodgers to shift wealth and profits to secretive offshore companies, depriving countries of domestic wealth and tax revenue.

Global country-by-country reporting standards now being developed by the Organisation for Economic Cooperation and Development (OECD) will help tax authorities identify cases where profits are being shifted artificially to tax havens.

Civil society alliances – assisted by philanthropic donations – also have been built in recent years between budget monitoring groups and national tax justice movements, and governments in Africa and Latin America are increasingly being required to account for their fiscal policies. Tax justice campaigners in West Africa have revealed that unnecessary tax exemptions in just three countries – Ghana, Nigeria and Senegal – are costing almost $6 billion a year, for example.

The biggest potential beneficiaries of these new transparency measures are citizens of poorer countries, who suffer most from tax avoidance, tax evasion and unnecessary tax exemptions.

Highlights of the Tax Justice Network’s reform work include:

The organization aims to scale up its investigative journalism programme, Finance Uncovered, supported by the Joseph Rowntree Charitable Trust.