Foundations can, and must, do more to tackle climate change

Persons with disabilities need to be included in the climate conversation

Just 2 per cent of philanthropy goes to tackling climate change. With Glasgow COP26 as a stimulus, a new set of commitments by European philanthropy networks aims to galvanise the sector to get more involved 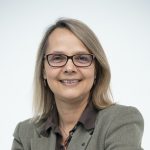 Marie-Stéphane Maradeix, Fondation Daniel et Nina Carasso
In partnership with the Centre Français des Fonds et Fondations and the Asociación Española de Fundaciones, the French Coalition of Foundations for the Climate and the #FundacionesPorElClima movement were born at the end of 2020, joining the manifesto launched by the Association of Charitable Foundations in the UK. So far, 150 foundations have signed one of these commitments.

In France, a coordinator has been recruited to lead the coalition and a steering committee and advisory committee have been set up. 102 foundations answered a questionnaire to define the starting point of their involvement in the climate issue and identify their needs and 73 have signed the pledge today. Conferences and thematic working groups (on finance and climate, SDGs, internal practices, training) will share learning and practical tools, while working groups on cross-cutting themes like climate and culture, climate and health, are planned. In Spain, the coalition is formed of a working group of 40 foundations. Seven smaller working groups are developing toolkits for each of the key lines of action identified in the pledge. 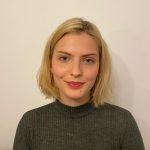 Joanna Pienkowska, UK Association of Charitable Foundations (ACF)
The first Funder Commitment on Climate Change came out of a gathering of UK foundation leaders in June 2019. Those attending heard about the urgency of the threat, but also of the opportunities and costs that will arise from the necessary transition to a low-carbon economy.

The demand emerged for a simple framework that all foundations could use, which culminated in the UK Funder Commitment on Climate Change, launched at the ACF annual conference in November 2019 by a group of 15 founder signatories. ACF took on the hosting of the commitment in June 2020 and has offered training and other events to support action on climate change through implementation of the commitment. It now has 57 funders, including several of the UK’s largest grantmaking foundations. 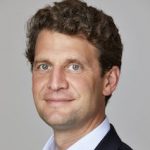 Max von Abendroth, Dafne
With the Philanthropy Coalition for Climate, Dafne is hosting a movement that allows Europe’s foundation sector to significantly accelerate collective learning, thinking and acting on climate by proactively introducing a climate lens to everything a foundation is doing: from its own operations, to grantmaking and investing.

At the PEXforum in Madrid in January 2020, more than 50 philanthropy networks, including Ariadne, EDGE Funders Europe, Global Dialogue and ECFI agreed to put climate at the top of the agenda. With the help of the Daniel and Nina Carasso Foundation and the Laudes Foundation, as well as partners such as Active Philanthropy and Dafne members from the UK, France and Spain, this ambition turned into action within a few months.

Just over a year later, more than 150 foundations – three quarters of which do not have climate or environment as their principal purpose – have signed the philanthropy commitments on climate change in France, Spain and the UK. 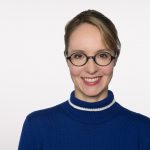 The commitment is testament to the growing awareness within the world of philanthropy that no foundation is unaffected by the climate emergency, with the issues they tackle likely to be severely aggravated as a result of global warming.

Through the commitment, we are inviting foundations currently working in non-climate fields to work with others already involved to learn about how climate change affects their work and the levers for change available to them. These include financial and human capital as well as broad-ranging expertise and trust-based relationships with local communities and other stakeholders.

The commitment is hosted by WINGS, which brings together philanthropy associations and networks from 57 countries. The scope and text of the International Commitment was developed by an international task force made up of philanthropy networks from around the world. Going forward, foundations signatories will be part of a Global Philanthropy Coalition for Climate and supported in making progress against the climate actions set out in the commitment.

Initiated in 2009, the Climate Action Tracker (CAT) tracks government climate action and measures it against the globally agreed Paris Agreement aim of ‘holding warming well below 2°C, and pursuing efforts to limit warming to 1.5°C’. It assesses, among other things, the effect of current policies on emissions, the effect of pledges and national commitments and whether a government is doing its ‘fair share’ in the global effort. Significant funding for the CAT comes from philanthropic sources.

But does philanthropy itself need its own climate action tracker? It might allow donors to measure their own efforts towards climate change mitigation and provide an incentive either for concerted action or for donors to do better themselves. But the CAT is meant to measure effectiveness, something which philanthropy finds notoriously difficult. Against what standard are they to measure? There is as yet no equivalent of the nationally determined contributions (NDCs) yardstick for foundations. How would such a standard be agreed and enforced?

The recent UK Funder Commitment on Climate Change might be a good starting point, but will this be more about signalling intent than assessing effects? Moreover, the value of international conventions, even at the level of states, depends on the willingness of individual participants to uphold them. The NDCs are not legally binding. If governments are failing to meet them, there is no sanction and countries can even withdraw completely from the Paris Agreement with impunity. Any philanthropy climate action tracker would by its nature depend on an even greater extent on voluntary adherence. 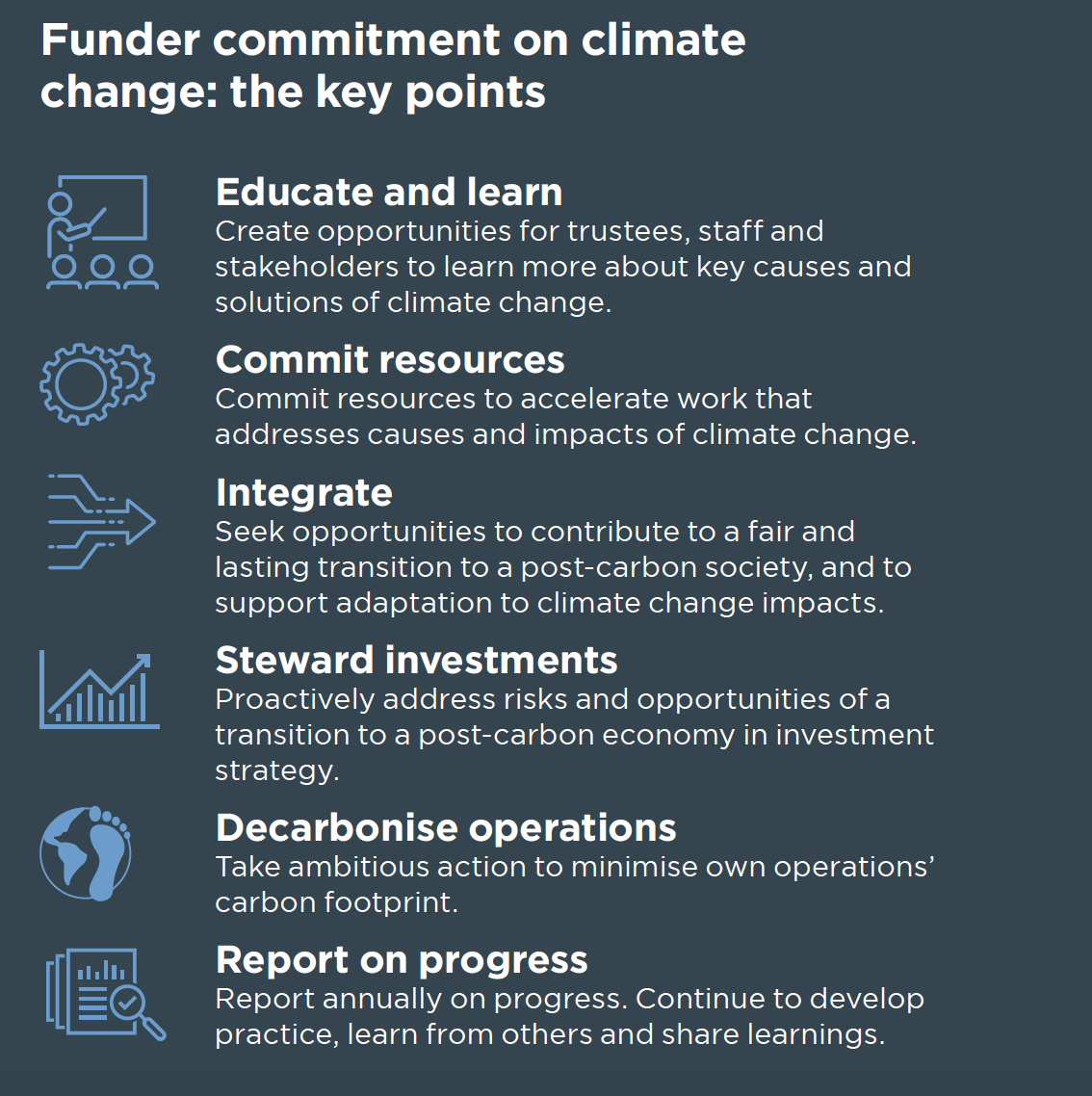