Selection of Trust partners in Poland and Hungary

How are European foundations addressing the refugee crisis? In order to gauge their response, two surveys were undertaken towards the end of last year, one by the European Foundation Centre (EFC), a membership organization representing European institutional philanthropy, and another by Ariadne, a European network of social change and human rights funders. Alliance looked at what prompted the surveys, what they found, and the implications for funders concerned with the question of refugees and migrants.

What prompted the surveys?
The sheer scale and intensity of the issues has concentrated minds at foundations across Europe. ‘We believe this is an important moment to signpost the added value of philanthropy and the distinct role it can play,’ says the EFC in the executive summary of the findings from its survey. ‘Our objective was to improve awareness of what’s going on, share this with the philanthropy community, make sense of it and stimulate thinking and action on what we can do to move beyond urgent and immediate needs.’

Similarly, Ariadne’s survey, conducted in October 2015, set out ‘to understand the work of UK funders in this field and to try to share their expertise’.

Who took part in the surveys?
Sixty-five organizations have responded to the EFC survey so far including well-known bodies such as the Open Society Initiative for Europe, Bertelsmann Foundation and the Bodossaki Foundation. Though many respondents have a long history of working on migration and integration, the EFC expects that ‘the gravity, depth, and long-term implications of the crisis have prompted a number of foundations that have not previously worked in this area to take action’. 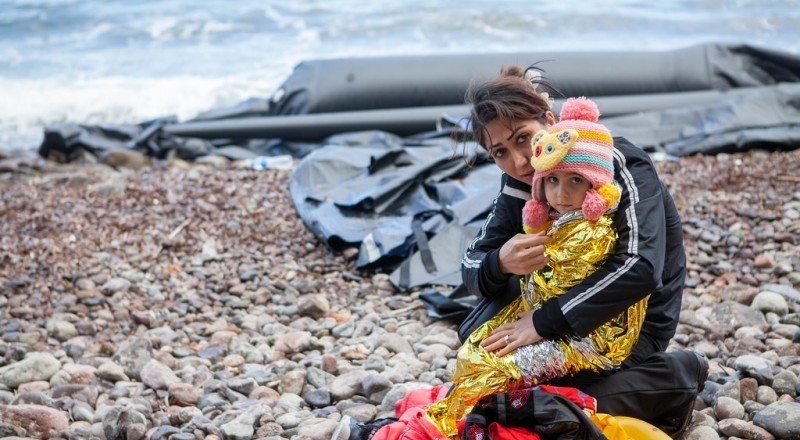 Where is the funding going?
For respondents to the Ariadne survey, the main areas of focus for funding include direct support for women and minors; securing international protection for refugees and migrants; specialist legal advice and representation; improving public attitudes to migrants and refugees; and integration initiatives.  The EFC survey findings suggest that, in addition to significant interest in funding immediate humanitarian assistance, many foundations plan to continue long-term work on integration into host communities.

Continuity and change
Both surveys asked questions about the ways in which the current crisis is affecting funding and grantmaking priorities. While several respondents are making grants to new organizations, others are increasing the amounts they give to existing grantees. Many agree that in the longer term the implications of the refugee crisis will have to be taken into account in determining future strategies.

‘Many agree that in the longer term the implications of the refugee crisis will have to be taken into account in determining future strategies.’

Forty-six out of 65 respondents to the EFC survey said they are considering something ‘new or specific’ in response to the crisis. In the case of the Ariadne survey, in which all 14 respondents actively fund refugee, migration and asylum issues, nine of them agreed that the current crisis has had an impact on their current work or future plans. Many are making emergency grants, and discussing longer-term shifts in their portfolios to include integration and advocacy.

Meeting urgent unmet needs
The focus of many respondents, not surprisingly, is improving living conditions and providing humanitarian aid. The EFC survey noted that those venturing into the field for the first time are drawn to responding to immediate needs and relieving pressure on the ground. Some foundations with existing programmes are seeking to make additional funds available for emergency purposes. Brussels-based King Baudouin Foundation is a case in point. The foundation made available €900,000 in 2015 and plans to release a further €4 million in 2016 and 2017 to finance a programme for the integration of refugees in Belgian society.
The provision of swift and direct emergency assistance is also a top priority for respondents to the Ariadne survey. This assistance is taking various forms including: protecting rights and improving the quality of life in refugee camps; providing support to NGOs in transit countries to assist unaccompanied minors; and funding work in the Arab region that could help make it possible for Syrians to stay in or near Syria. Ensuring that the voices of migrant-led groups are heard by policymakers is also seen by Ariadne’s respondents as a short-term priority.

Beyond the present emergency, Ariadne funders see an important role in facilitating and supporting integration into host communities. For some, this means not only the provision of physical amenities such as housing, medical care, access to the job market and so on, but also providing trauma counselling, language tuition and community activities. This will involve giving continuing support to existing organizations. Significantly, many feel this will be better provided in the form of core grants rather than project funding.

‘What emerges is the sense that concerted action by funders – even if it does not go beyond the sharing of information – would be more effective than a collection of individual responses.’

Concerted action is key
While it is perhaps unsurprising that both surveys reveal strong alignment on immediate priorities such as humanitarian assistance, what emerges even more strongly is the sense that concerted action by funders – even if it does not go beyond the sharing of information – would be more effective than a collection of individual responses.

One measure of this willingness to build on the work of others is offered by the surveys themselves – part of the stated aim of the Ariadne survey was to complement that being carried out by the EFC. Moreover, the Ariadne survey itself has been followed by a series of regular tele-briefings which, at the time of writing, are still continuing. 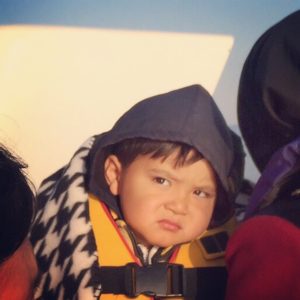 While the focus of many respondents is improving living conditions and providing immediate humanitarian assistance, for example, to support desperate people arriving in Greece from Turkey via overloaded boats, around two-thirds of respondents to the EFC survey said they are considering something ‘new or specific’ in response to the crisis.

Respondents to both surveys clearly grasp that the solution to a problem of the scale of the refugee issue is beyond the individual efforts of any one body and that some form of common endeavour is called for, both between funders and with other concerned groups.

Several EFC respondents noted that the coordination of efforts between all those involved – NGOs, politicians, researchers, government organizations and others – is among the most urgent immediate priorities.

The great majority of the EFC respondents (52) also said they would be willing to consider working with other foundations. Worryingly, only a minority of EFC survey respondents (18) said they knew of good projects or initiatives led by other funders that could be replicated. This suggests that more needs to be done to build a stronger evidence base about existing programmes and to highlight successes more effectively.

Eight of the 14 funders surveyed by Ariadne said they would be willing to go as far as pooling resources and five more said that they would be at least willing to consider it. As a further index of willingness to join forces to some degree or other, the same number of respondents said they had been approached by other organizations responding or thinking of responding to the crisis.

Convening is also critical
Some of the Ariadne group mentioned that they would also be able to offer contacts, networks and expertise, perhaps more easily and certainly more quickly than pooling funds. To some extent, this was borne out by the findings of the EFC survey. When asked where they thought their strengths lay in tackling the issue, by far the greatest number (42) cited convening. Likewise, several of the Ariadne funders noted that they are ‘in a position to convene key stakeholders, and importantly, are able to bring the voices of grantee organisations and of migrants themselves to policy discussions’. Another substantial number (30) said they could support individuals and groups capable of driving change.

The view was also expressed among the EFC cohort that it is not only the magnitude of philanthropic funding that is important but also the flexibility with which it can be deployed.

The promise of collaboration
Both groups were keen to point out that important collaborations are under way. Foremost among these is the European Programme for Integration and Migration (EPIM). Overall, respondents to both surveys see EPIM as a valuable platform for funder collaboration. A notable sign of progress at EPIM is a recent announcement by the Open Society Foundations of funding for a new appointment to build support for humanitarian aid and human rights organizations in Italy, Greece and the western Balkans.

Respondents also highlighted other special interest groups convened by funders including: Ariadne’s Refugee Crisis online portal; the UK Association of Charitable Foundations’ Asylum, Refugee & Migration Network; and the EFC’s Diversity, Migration and Integration Thematic Network. In the Ariadne survey, a number of other existing initiatives in the UK were cited approvingly by respondents:

The long road ahead: the battle for public opinion
Both groups are clear on the importance of public opinion, not least to longer-term efforts at settlement and integration. However, there is some divergence of view between the two on the current state of public opinion. In the UK, the Ariadne survey notes that ‘the UK appears to have seen a positive surge in public opinion towards refugees in recent weeks’. Respondents spoke of the importance of maintaining this by ‘supporting communications strategies that result in sustained, measurable improvements in public attitudes to refugees, migrants and asylum seekers’. Tools include ‘public opinion research, public fundraising efforts, and online and offline media and campaigning capacity including mobilizing alternative voices in the debate – especially those of refugees and migrants’. By contrast, EFC survey respondents painted a darker picture of the present state of opinion, speaking of the need to change public perceptions towards migrants and to advocate for a fairer migrations policy centred on human rights.

What’s next?
The crisis is set to intensify and so too will the philanthropic response. Those European foundations already involved in refugee and migrant issues are gearing up to increase their efforts and the issues are set to feature prominently at the EFC’s annual conference in May. While the surveys have shown a readiness for new forms of cooperation, the effectiveness of philanthropy’s response to the crisis may rest on how far that cooperation extends and how it is made to work. The current crisis may prove a key test of European philanthropy’s ability to make a difference to one of society’s most pressing issues.

To find out more or to participate in future surveys, please email Ali Khan at akhan@efc.be or Lori Stanciu at lori.stanciu@ariadne-network.org