Down the rabbit hole – The tale of Alliance’s Communications Officer

Three months ago I had some cursory research done into the educational backgrounds of the chairs of the top UK foundations. Of the 57 people in the sample, seven were educated in normal state schools (non-selective), four in selective grammar schools and the overwhelming majority, 46, were educated in private, fee-paying schools, the most popular of which was Eton. Although the survey wasn’t comprehensive, we don’t need research to prove that we have a problem. We just need to open our eyes to the absence of any diversity and our ears to the fact that everyone speaks the same way.

Grants are awarded to charities that seem ‘professional’ which themselves have boards increasingly dominated by faces from those bastions of homogeneity: media, law, politics and yes, grant-making.

These boards will eventually replace founder-CEOs with CEOs with ‘private sector experience’ and those CEOs will pay artificially low salaries that only middle-class graduates can afford to accept. By the end of it you have the very real possibility of six degrees of separation – six ranks of hierarchy – that keep the communities we serve completely outside the ecosystem that is designed to serve them.

It seems only logical by any rules of business or, well, humanity, that organizations will perform more effectively if they listen to those they exist to serve. To have trustees and team members themselves close to those communities is one of the ways of ensuring that. 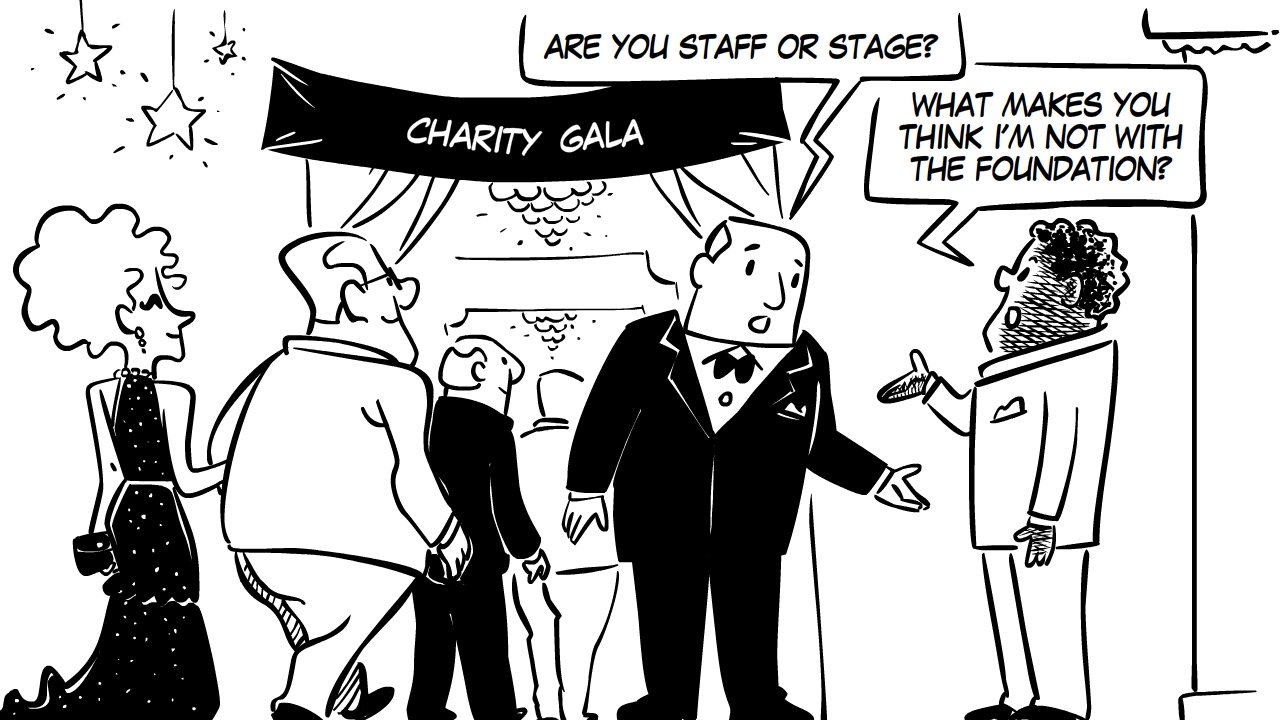 So maybe it isn’t obvious, and maybe the argument does need to be made. I remember challenging the absence of trustee diversity at a meeting with some of the country’s most senior foundation leaders and being asked by one of them whether I expected his chair just to ‘drive to Brixton and pick up a…’.[1] He didn’t need to finish the sentence. Yes, there was mutual cringing at the table but no-one said anything and no-one has done anything.

Going to charity events, we have working-class people and people from ethnic minorities on our stages to ‘inspire’ us and we have them serving our drinks to refresh us. We have deemed these groups good enough for heart-wrenching stories and for topping us up, but have found no space for them to play a role in between.

If you are defensively thinking of the three people you know who prove me wrong, then the fact that you can name them proves me right.

It is not fair to blame rich people for not being poor themselves but, as foundations develop, the people they bring to their boards, the people they hire into their teams, the people they listen to in their advisory groups, the charities they fund and the humility they exhibit in building authentic, strong relationships with those they seek to serve will define whether or not they stand a real chance of success. 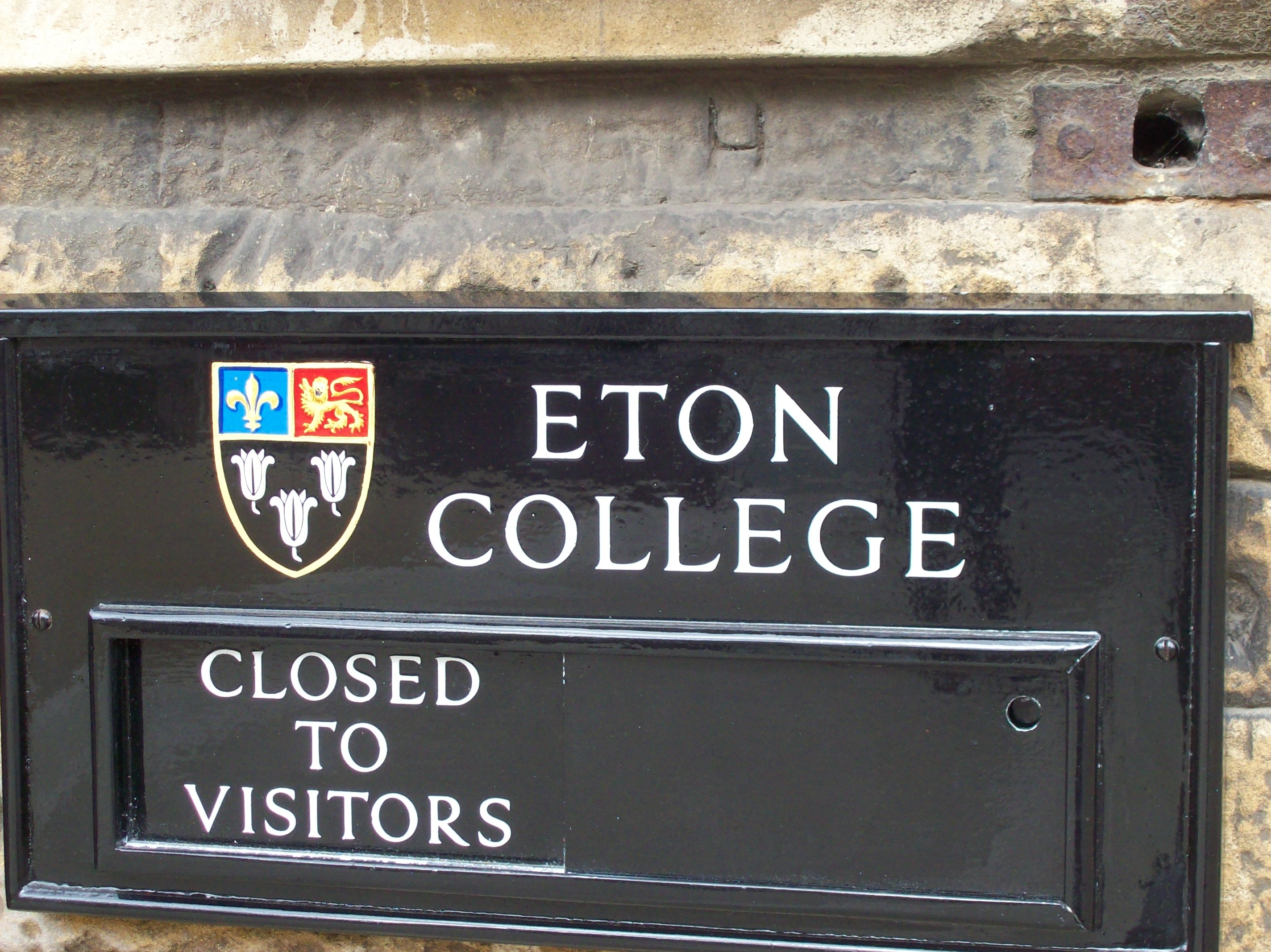 The doors to representation are too often closed.

It is time for concrete action in the foundation sector: a transformation of hiring processes, and monitoring and ‘score-carding’ of diversity levels with a particular focus on social class. If someone without a vested interest were building trustee boards from scratch, they would not fill them with people who have spent their lives remote from the communities they serve.

We wouldn’t have the dominant culture of an elite private school debating society. And we wouldn’t build foundation cultures hostile to our communities, but instead they would be based on those communities.

It is time for concrete action in the foundation sector: a transformation of hiring processes, and monitoring and ‘score-carding’ of diversity levels with a particular focus on social class.

We would understand the needs that trustees from non-privileged backgrounds might have (like not being so rich you can work for free). So let’s build them how we would if we weren’t so utterly conservative.

Looking through the wrong end of the telescope
As for the inexcusable lack of diversity at grants officer level, a coalition of partners is coming together[2] to launch a programme to support people from working-class backgrounds in the role.

If we train 30 people per year for five years and expect half of them to take on grantmaking roles, then already 5 per cent of all the UK’s grant officers will be from communities we wish to serve.

After 10 years, this will be 10 per cent. But time and again, foundations see this the wrong way round. They hear about the programme and fail to realize that the people being helped are not poor people who need jobs.

The programme participants are highly talented people with a choice of jobs. The people being helped – the beneficiaries – in this instance are the foundations themselves who are crying out for experience and expertise in their teams. And that, really, is the ballgame. None of this will happen until we realize that this isn’t about ‘them’, it’s about us. It’s about what we value.