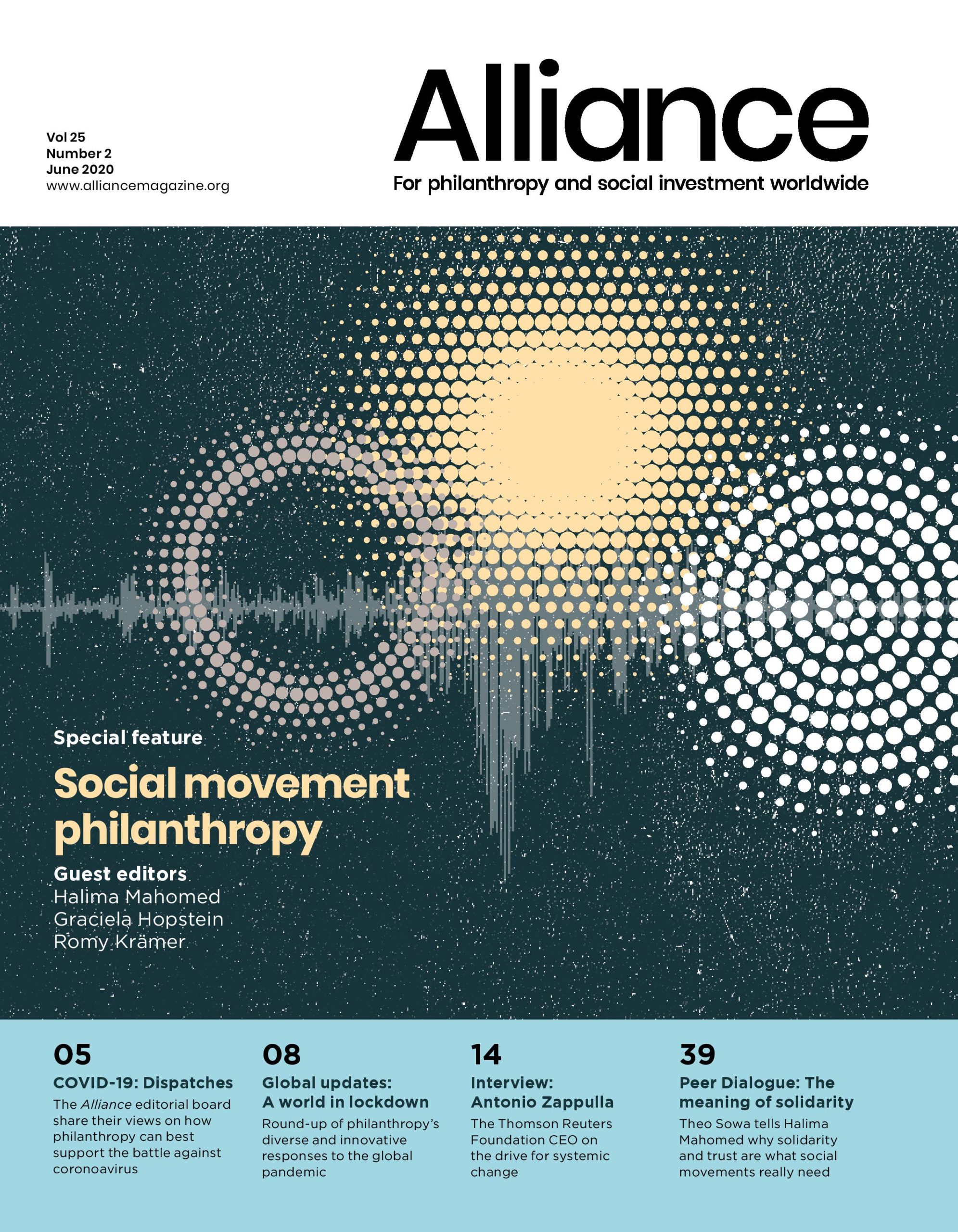 I was born and raised in The Gambia, which for 22 years was ruled by the world’s most brutal dictator, Yahya Jammeh, a man who could order his opponents killed and have their bodies cut into pieces to be fed to crocodiles. My introduction to organising took shape under his violent regime. I started in school clubs and then created my own youth groups with friends. I was later exposed to strategic organising, campaigns, and movement building through the work of ActionAid – Activista.

It would facilitate movement-philanthropy relationships if we were able to work with funders in a similar way – relationships based on trust, flexibility and agreed-upon intermediary support.

From this experience, I realised that governments in Africa fear two things: mass movements of people fighting for a common agenda and an organised media with great reach. Governments respond quickly to these because they fear their ability to provoke change. Therefore I put my energy into building social movements in my country and across Africa and the diaspora. I have primarily focused on organising young activists to end poverty and empower women through initiatives like women assemblies for land and food rights. Through the work of our movement, #GambiaHasDecided, we also managed to kick out Jammeh in 2016 after he refused to step down when he lost the elections.