What is social justice philanthropy?

Pick a hundred foundations at random and examine their grantmaking guidelines, and you’ll be struck by how many of them are committed to helping low-income and otherwise marginalized communities. Programmes to alleviate hunger and eliminate homelessness; initiatives to increase access to quality healthcare and education; efforts to help immigrants integrate into their adopted countries – all these are common.

Talk with those who work in the philanthropic sector and you’ll find many who’ve dedicated their careers to helping the poor. Given this significant investment of philanthropic money and effort, one might wonder why there’s a felt need for a special kind of philanthropy, a ‘social justice philanthropy’, which purportedly aims to do more for marginalized communities than typical, run-of-the-mill grantmaking.

Is it a conceptual error to append the words ‘social justice’ to the word ‘philanthropy’? Is it a redundancy, perhaps, or some kind of provocation?

If you interview those who self-identify as ‘social justice grantmakers’, you’ll notice a significant degree of dissatisfaction with philanthropy as it’s usually practised. A programme designed to assist the poor, for example, might help a few lucky families lift themselves out of poverty, but it will not generally address the factors that drive families into poverty in the first place and then keep them there. These factors include, among others, structural racism, unfair laws and just plain bigotry. Social justice grantmakers aim to go one step 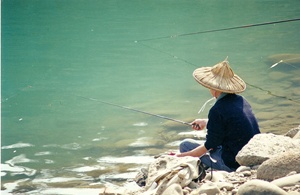 beyond teaching a man to fish, to borrow an old saying. They ask why so few people in this man’s community can afford to own a fishing pole; why the county incinerator is being sited in his neighbourhood, befouling his pond rather than that of his wealthy townsmen; and why he’s being taught to fish when he’s more likely to earn a living wage as an accountant or engineer.

Beyond these critiques of philanthropy-as-usual, social justice philanthropists embrace ends, practices and values that tend to set them apart from other grantmakers. To achieve a world without injustice, they begin their work with an analysis of the forces that contribute to inequities. They attempt to understand the effects of membership in oppressed classes of people, looking at their work through the lenses of gender, race, ethnicity, class, age, sexual orientation, religious affiliation, and membership in other social categories that experience unjust treatment. Because the mechanisms of oppression sometimes appear faceless, they analyse the myriad ways in which institutional structures contribute to injustice. These structures include the policies that govern institutions, their practices, their cultures and their relationships with one another and with the communities they’re meant to serve. These grantmakers also try to understand how power in its various forms is acquired, held and brokered in a given context. Effective social justice grantmakers work in meaningful partnership with the communities they aim to serve. They recognize that they’re ultimately accountable to these communities. In practice, this means that they will learn from them and, whenever possible, take direction from them.

The difficulties of definition

It might surprise the reader that this has proved an especially thorny question and that many attempts to define the term have fallen short in one way or another. Consider, for example, the definition suggested in the 2005 Foundation Center publication, Social Justice Grantmaking: A report on foundation trends:

‘Social justice philanthropy is the granting of philanthropic contributions to [non-governmental] organizations … that work for structural change in order to increase the opportunity of those who are least well off politically, economically, and socially.’

This is a good starting point for a definition. It’s succinct and captures characteristics that are top of mind for a large cross-section of grantmakers. It also illustrates some of the challenges of pinning down the essence of social justice philanthropy. What is meant by ‘structural change’, for example? And ‘increasing opportunity’? We can attempt to increase the opportunity of those who are least well off without taking a significant step towards what practitioners call social justice. We might, for example, help the members of some disadvantaged group achieve greater access to quality healthcare and yet fail to change the conditions that made our intervention necessary in the first place. As we look at this definition, we can also quibble about restricting our support to non-governmental organizations, and argue that our efforts need not always aim to help those who are the least well off.

Similar problems attend other definitions of the term.

For the past two years, I’ve been part of a working group of social justice advocates that has struggled with the definition of social justice philanthropy. We asked 80 practitioners – grantmakers recognized for their work in social justice – to tell us what they understood social justice philanthropy to be. As we studied how they described their craft, we were struck by the diversity of their responses. Some described the founding principles of their work; others its methods and aims. Some descriptions bore striking similarities to one another, while others seemed more distantly related. How were we to make sense of such diversity?

We attempted, of course, to find the threads common to all the descriptions we heard, but we quickly concluded that this was simply not possible. Instead of looking for necessary and sufficient conditions, we decided on a different approach. Taking a cue from the Austrian-British philosopher Ludwig Wittgenstein, we saw that social justice philanthropy was not one kind of practice but a family of practices connected by certain ‘family resemblances’. Wittgenstein illustrated this approach in his Philosophical Investigations when he considered what it means for something to be a ‘game’:

‘And the result of this examination is: we see a complicated network of similarities overlapping and criss-crossing: sometimes overall similarities, sometimes similarity of detail.

‘I can think of no better expression to characterize these similarities than “family resemblances”; for the various resemblances between members of a family: build, features, colour of eyes, gait, temperament, etc. etc. overlap and criss-cross in the same way. And I shall say “games” form a family.’

‘Social justice philanthropy’ forms a family of practices in much the same way. And, as Wittgenstein suggests, there are many ways we might choose to describe the family resemblances among these practices. We noticed, for example, that – consciously or unconsciously – grantmakers appeal to certain well-established lines of thought or ‘traditions’ of social justice, some of which are very old and all of which have extensive literatures. We thought these traditions – we identified eight of them – could provide one interesting way of describing the resemblances among groups of social justice grantmakers. There is a subset of funders, for example, who ground their work in a human rights tradition, and who can thereby draw on many centuries of human rights thought and practice to strengthen their efforts. Just about every thrust and parry possible between human rights advocates and those who resist them has been attempted and reported on, and practitioners who work in this tradition can incorporate these lessons into their efforts.

What, then, is social justice philanthropy? It’s many things, we concluded – a whole family of practices. Many social justice grantmakers, though certainly not all, focus on helping the least well off in society. Many, but again not all, attempt to change the political, economic and social structures that drive whole communities of people into poverty and help keep them there. Some focus exclusively on empowering individuals politically so they have the means to vote their oppressors out of office. Still others believe that market forces can most effectively eliminate the causes of social inequities. Social justice philanthropy is clearly a lake in which elephants can wade and sheep can swim.

The battleground metaphor just alluded to is an apt one, for there have been many challenges to the theory and practice of social justice philanthropy. One of the most common is that social justice philanthropy is useless, for the poor will always be with us. While this is a common objection, it is also a weak one.  It may be true that the poor will always be with us, but that does not mean we should do nothing to reduce their numbers or alleviate their suffering. The deeper question here is what can social justice philanthropy reasonably hope to accomplish for the poor? We have a fairly clear idea of how to help individuals and individual families escape poverty. The greater challenge is to understand better how our values, habits of mind, institutions and economic and political structures enable poverty to persist in marginalized communities defined by race, ethnicity, class, national origin and other characteristics.

Another common objection is that social justice philanthropy is anachronistic at best and radical at worst: ‘my trustees would never agree to it’.

If it’s true that the trustees of foundations would generally resist the notion of social justice, could there be a stronger argument for damning the enterprise of philanthropy and dismantling its institutions? I’m not convinced, however, that justice or equality of opportunity will ultimately prove so alienating to trustees. Remove the rhetoric and you’re left with an idea – justice as fairness – that all good people can embrace.

As for the charge of anachronism, it’s true that discussions of social justice have an ancient pedigree. Mencius, Plato, Christ and thousands of others have weighed in. But we’ve been arguing about morality for as long a time and nobody’s suggesting we move past the notion of ethical behaviour.

For many marginalized communities, the good that philanthropy has accomplished has not been good enough. In my own country, the United States, for example, one in five children lives in poverty – a shameful statistic given our great wealth and the tens of thousands of foundations committed to helping the poor. These disparities fuel those critics who argue that now, as in ages past, philanthropy has functioned largely as a social safety valve, redistributing just enough wealth to keep poor people from picking up their torches and pitchforks and storming the mansions of their overlords.

These disparities also highlight, in my view, the significant shortcomings of philanthropy-as-usual. To make the same kinds of grants year after year to the same communities, to see the same disparities persist and even widen, and not to question deeply one’s whole approach to giving, is to do philanthropy in bad faith. Social justice philanthropy offers us a way of recommitting ourselves to philanthropy’s great aims while holding ourselves accountable for its heretofore lacklustre outcomes.

Sections of this article have appeared in Social Justice Philanthropy: An initial framework for positioning this work (unpublished) by G Albert Ruesga and Deborah Puntenney, available for download from http://www.p-sj.org; and in a White Courtesy Telephone blog post entitled ‘The Twelve Most Common Objections to Social Justice Philanthropy’, available at http://postcards.typepad.com/white_telephone/2008/06/the-twelve-mo-1.html