In the March issue of Alliance Boris Strečanský and Juraj Mesík reported negative attitudes to migrants in Poland and Slovakia. Our experience in Serbia has been a positive one.

In the summer of 2015, refugee families started to appear in the parks around Belgrade’s bus and railway station. They were sleeping in the open without basic sanitation. A humanitarian disaster was in the making.

In response, the Ana and Vlade Divac Foundation, an organization founded to provide support to refugees from the wars of the nineties in the Balkans, took action in partnership with other domestic non-profit organizations and volunteer initiatives. On the 20th anniversary of a key event in the war in Croatia that displaced thousands of Serbian families, hundreds of people – the public, local companies, non-profit organizations and the media – came together to provide donations of food, water, clothing and hygiene supplies. From this base, the Divac Foundation mobilized its partners and volunteers both to advocate for greater action by the local and national authorities and to provide solutions to the short-term transit needs of the refugees. 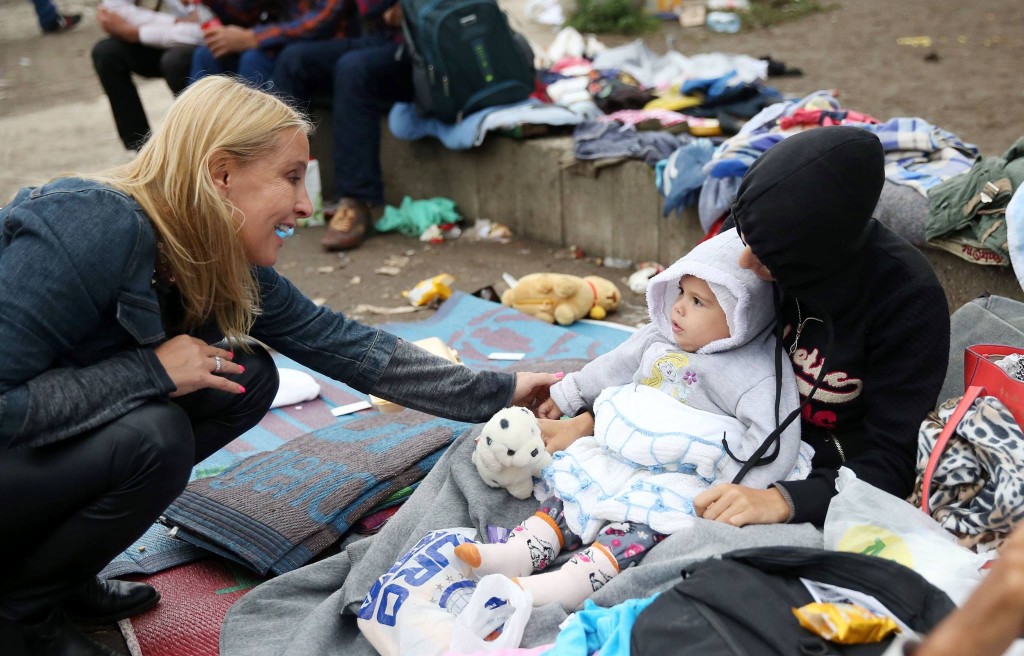 Ana Divac talking to refugees in Mikaliste park in Belgrade.

The response in donations of cash, goods and volunteer time was overwhelming, with contributions coming not only from the people of Belgrade and Serbia, but also from neighbouring countries, including Croatia, Bosnia and Montenegro. In addition, our founders, NBA basketball star Vlade Divac and his wife Ana Divac, brought the key religious leaders in Serbia together in Mikaliste, the park that had become a focal point for refugees and efforts to help them. This public show of solidarity and the statement of their intention to assist refugees helped to increase people’s awareness of the situation, bringing even greater individual and company support.

‘All people in need deserve help, no matter their religion, age or skin colour. The Divac Foundation will continue to support refugees in Serbia inspired by this guiding mission.’

Since the closure of the Balkan route in March 2016, approximately 2,000 refugees remain in legal limbo in Serbia, accommodated in asylum centres in small communities throughout Serbia. Serbian philanthropy continues its work to channel the goodwill of Serbian citizens and companies into greater understanding of the long-term needs of these recent arrivals in Serbia, some of whom may now stay. As Vlade Divac said in the park last summer, all people in need deserve help, no matter their religion, age or skin colour. The Divac Foundation will continue to support refugees in Serbia inspired by this guiding mission.