What should philanthropy be doing about monarchical power?

Are foundations more risk-averse than necessary?

When Alliance published its special feature on decolonising philanthropy we had no idea it would arrive just days before the passing of British Queen Elizabeth II.

It prompted us to ask how philanthropy should engage with monarchical power, given that monarchies are sometimes associated with colonial rule. The Alliance community share their views:

‘It strikes me that philanthropy could be bolder in its support of republican movements. If you are a funder concerned with decolonisation, racial justice, economic inequality, democratic participation, or self-determination, those are all issues that are inexorably tied up with empire and its continued legacies. The role of the monarchy isn’t purely symbolic, and to pretend it is requires one to actively ignore material reality; in terms of wealth accumulation, cultural artefacts and heritage as well as its outright and ongoing influence on legislative and regulatory policy.’
Keiran Goddard
Alex Ferry Foundation (UK) 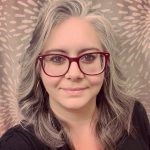 ‘My Palestinian/Jordanian grandparents would tell their own stories of the tragedy of Britain’s role in shaping the historic trajectory of Palestine and the impact of monarchy looms large in the tapestry of my collective family history. I find it impossible to reconcile the values and ethos of the decolonisation movement with any respect or institutional upholding of any monarchy. I don’t distinguish between royalty in the Global North or South, it’s all outdated and social justice philanthropy should help dismantle it as swiftly as possible.’
Naila Farouky
Arab Foundations Forum (Egypt and the US) 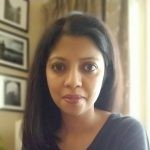 ‘Yes monarchies should be ended but symbolism isn’t enough – a colonial mentality of extraction, exploitation, and inequalities live on in so many ways in the former colonies even those like mine.’ Chandrika Sahai
Philanthropy for Social Justice and Peace (India) 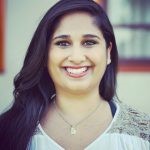 ‘At its core, power in philanthropy should rest less with those already in power – be they wealthy people, monarchs or oligarchs – and more with those doing work on the ground. In countries with monarchies, this might mean philanthropy making difficult decisions to support programmes that tackle social and economic inequality rather than maintaining entrenched systems of power.’
Dr Shonali Banerjee
Centre for Strategic Philanthropy, Cambridge Judge Business School (UK) 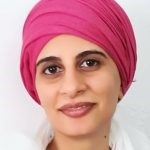 ‘Monarchies are often associated with colonisation, but in reality, are not always so. I think of the monarchies in Africa that predate colonisation. Whether all monarchies are elitist and even perpetuate inequality as a basis for needing to be challenged – even while being revered by many – is though, a very important discussion.’
Halima Mahomed
Trust Africa (South Africa)

For more, go to: tinyurl.com/alliance-monarchical-power