ActionAid – from northern to international NGO 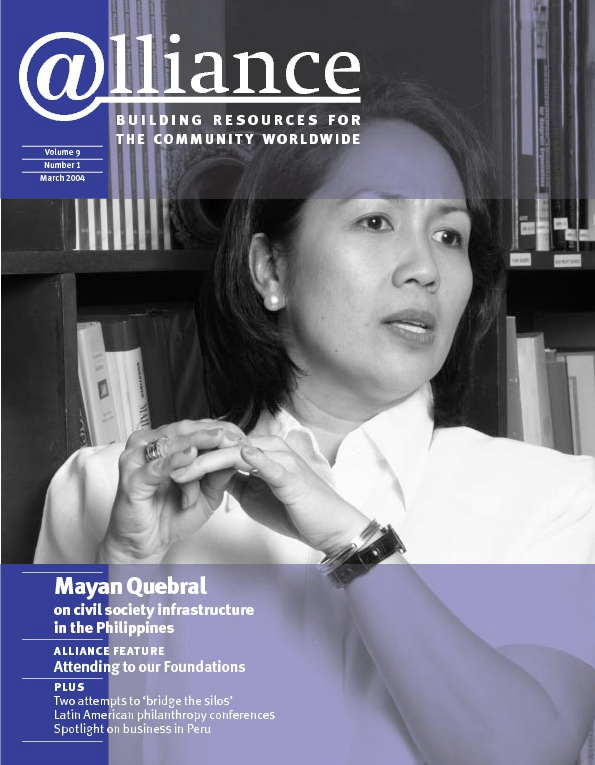 At the beginning of January, the ActionAid family all over the world joined hands to form ActionAid International. Ramesh Singh, Chief Executive of ActionAid UK since September 2003, took on the role of CEO of the new organization, based in South Africa.[1] This is the culmination of a process of ‘internationalization’ that has been going on at ActionAid for some five years now. What does it all mean and why is it happening, Alliance asked Singh.

Until the end of last year, ActionAid had its head office in the UK and worked in around 40 countries in Africa, Asia, Latin America and the Caribbean. ActionAid Alliance consisted of fundraising affiliates in Italy, Greece, the UK, Ireland, France, Spain, Brussels and the US.

The move towards internationalization is premised on a world-view, set out in Fighting poverty together, ActionAid’s strategy document for the period 1999-2005, that the causes of poverty can be addressed only if people in the South and North address them together; that discrete development projects, traditionally funded by goodwill from the North, may produce positive outcomes at local levels but do not change the overall pattern of massive and increasing poverty and inequity.

As former CEO of ActionAid UK, Salil Shetty, put it in a staff consultation paper: ‘We have the option of standing outside the battleground and supporting the fight against poverty from outside, using the solidarity approach. This does not require any change in our current organizational model. But Fighting poverty together calls for a transformation, that we stand shoulder to shoulder with those who are in this struggle on a day-to-day basis.’

Moving away from the UK

One ‘internal’ motivation for creating the new ActionAid International was the need to move the locus of power away from the UK. ‘Twenty-five per cent of income comes from Italy, the fastest-growing fundraising affiliate,’ explains Singh, ‘so the Italians clearly needed more input into management. But we didn’t want to divide the world up between fundraising affiliates, each with their own countries, so the impetus was there to create a common ActionAid platform.’

The new framework is also a step towards greater equality between North and South: in the new organization, fundraising and developing country ActionAids will be equal members. The founding affiliates of ActionAid International are ActionAids from Brazil, Greece, Ireland, the UK, the USA and Italy (Azione Aiuto). New affiliates will come from among the existing ActionAid fundraising affiliates, from the transformation of country programmes into independent national organizations, or as a result of developing relations with existing or new organizations. New local organizations will be locally registered with local boards, so they will be ‘more accountable to people in the countries we work in’. Expansion was impossible in the previous scheme of things, says Singh, ‘where you’re either “born” an ActionAid or not. No one can join you.’

The new situation will also be more secure: ‘At present, an ActionAid branch can have its permission to stay cancelled by government at very short notice. They can’t hold fundraising events, can’t access southern funds.’

A new balance of power?

Is there an issue about competing for funds with partner NGOs? True, says Singh, ‘we’re always competing. But we’ll be competing with like organizations, other large NGOs that have a head start too.’ But in fundraising from citizens, won’t ActionAid have even more of a head start? It will be able to afford to wait three to four years for results, which few local NGOs in poor countries, however large, can do. The reality is that local NGOs are currently not doing it. Therefore, it is more about leading the way than competing. In addition, one spinoff, says Singh, is that ‘hopefully donors will recognize they should be supporting NGO fundraising’.

While these are legitimate questions – of which ActionAid itself is well aware – they do not detract from the significance of ActionAid’s move and the reasons that lie behind it.