EFC – Foundations to ‘get creative’ at EFC’s 2008 conference

Ariadne’s Thread is a term scientists and philosophers use to describe the solving of a problem, such as an ethical dilemma or a puzzle, through an exhaustive application of logic to all available routes. Add that to the legend of Ariadne herself, who solved the problem of the labyrinth with a ball of red wool, and you have the reasons why the new European Human Rights Funders Network chose to call itself Ariadne rather than add another acronym to the alphabet soup.

The aim of the network is to give human rights grantmakers a space to access independent and reliable information about the issues they address, free from the usual pressures imposed by grant-seekers, to help them know and understand each other’s work, to open doors, and to encourage creative and collaborative approaches to human rights problems. 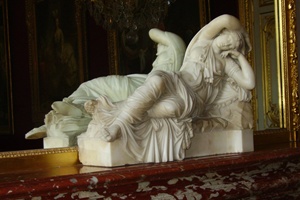 Ariadne currently has more than 120 members in eight European countries working on different aspects of global human rights, including civil and political rights, anti-torture work, peace and security issues, women’s rights and children’s rights, trafficking in humans, LGBT rights, migration and integration. Some members may not regard themselves as mainstream human rights funders, but instead are interested in using a human rights lens to approach particular problems.

Ariadne sends out a fortnightly e-newsletter, called Ariadne’s Thread, to keep everyone in touch, and also holds a series of briefings on different topics suggested by members. Later this year it will be putting the finishing touches to its website.