Council on Foundations – Annual conference more global than ever

Capacity building: what it takes from funders

The Council on Foundations hosted its annual conference in Los Angeles, 28 April-1 May. In response to the growing interest from the philanthropic sector, it featured more global philanthropy programming than ever before. 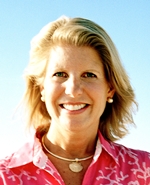 For the first time, attendees experienced a day-long pre-conference immersion in global grantmaking in partnership with leading funder affinity groups active in the international arena. ‘A Global Engagement: Widening Your Grantmaking Lens’ included a special emphasis on human rights, peace-building, and the role of women in development. The Council also hosted an evening of global networking, including the annual global reception and dinner featuring actress, philanthropist and activist Julia Ormond. She discussed the ongoing battle against the trafficking of women and her work as the founder of ASSET, the Alliance to Stop Slavery and End Trafficking. In addition, there were eight sessions on global philanthropy as well as the annual Van Leer Lecture.

We’re excited to welcome our new president and CEO, Vikki Spruill (pictured), to the Council on 1 July. She’ll join us after serving as president and CEO of the Ocean Conservancy, a highly respected national organization headquartered in Washington, DC, with more than half a million members and volunteers. Look for more information on Spruill and her perspectives on global philanthropy in the next issue of Alliance.